This engine family is a straight-four engine configuration of all-aluminum construction. It has dual overhead camshafts (DOHC) with four-valve cylinder heads with iron liners. The cams are chain-driven. These engines were designed to replace the much-loved 4A engine series. Since their introduction, the ZZ series has appeared globally. 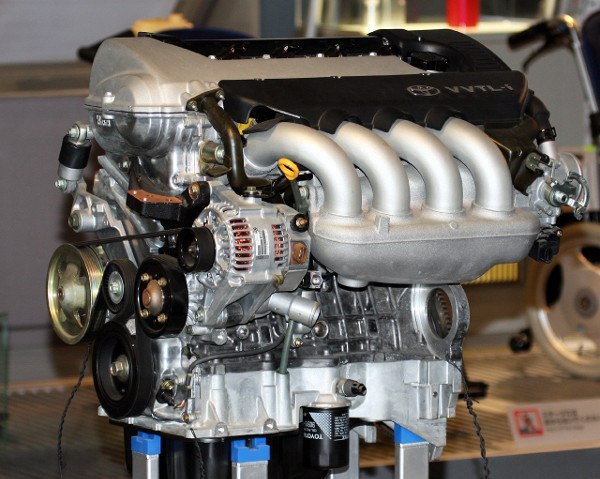 This 1.8-liter member of the family is built in Buffalo, West Virginia, for several of Toyota's small cars, including those made for other manufacturers. The Chevrolet Prizm and Pontiac Vibe use this engine, as do the Celica GT and the Lotus Elise.

This 1.8-liter engine is much like the 1ZZ, but it is a square stroke version built for higher outputs. It is manufactured in Japan and appears in the Celica GT-S, Corolla XRS, Matrix XRS, Pontiac Vibe GT, Lotus Elise, Exige, and 2-Eleven. It is mated to a six-speed transmission or a four-speed Tiptronic automatic. These are high-RPM, high-output engines meant for performance.

This 1.4-liter ZZ Series engine has a 95 horsepower output and is used in the Corolla.

To learn about any other Toyota engines, see our comprehensive list here.