The NZ engine family is best known for its role in the Prius models from Toyota. The first-generation NZ utilizes aluminum engine blocks and aluminum dual overhead camshaft (DOHC) cylinder heads. It has four valves per cylinder and employs variable valve timing, intelligent (VVT-i). The 1NZ-FXE is a 1.5-liter engine built in Japan with forged steel connecting rods and an aluminum intake manifold. Its compression ratio is 13:1 with a delayed inlet valve closure, which simulates the Atkinson cycle, increasing efficiency and reducing torque output.

Unlike other high compression engines, the 1NZ-FXE is tuned specifically to improve fuel economy at the expense of power output, thus becoming a perfect candidate for the Hybrid Synergy Drive powertrain. This engine was introduced in 1999 and has won several awards since, including a series of International Engine of the Year awards from 2000 onwards. The 1NZ-FXE appears in the Prius and Prius c. The 1NZ-FE is the low-compression, 1.5-liter Otto-cycle variant of the 1NZ-FXE with 107 horsepower and 103 lb-ft of torque. It appeared in the Yaris on which the Prius c was based. It has been replaced with the second-generation 2NZ-FE. 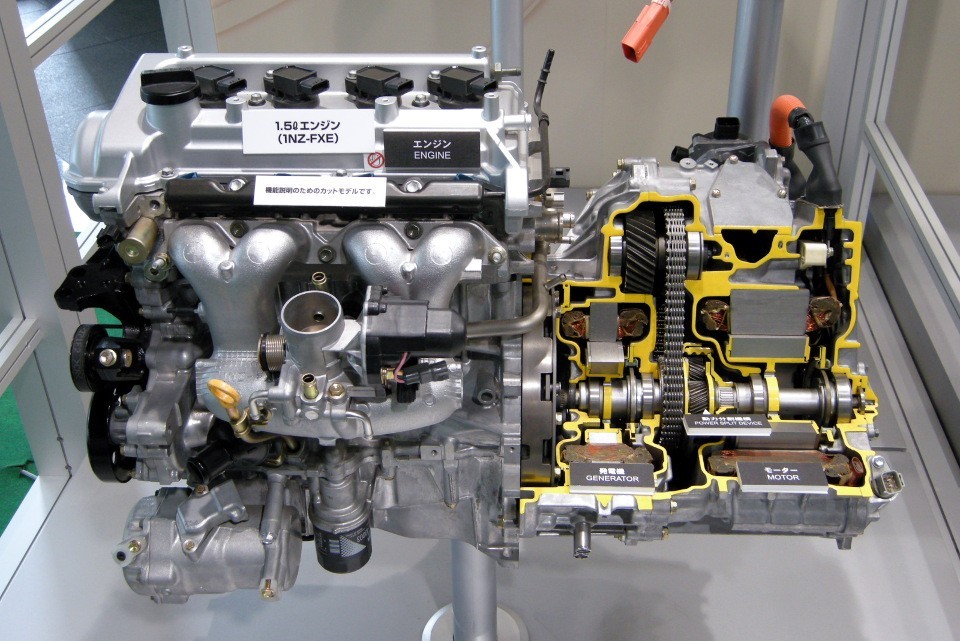 A compact straight-four engine series, the NR engines are 1.3-liter aluminum blocks with dual overhead cam (DOHC) cylinders and SFI fuel injection with four valves per cylinder utilizing variable valve timing (VVT-i) or dual VVT-i, depending on the application. Most NR engines are used in the European market, but some 1NR-FE engines appear in the Scion iQ in the U.S.