If you find the video below to be useful, please share it.

Toyota's Production System (TPS) was developed by Toyota to produce quality vehicles. It's a production system that emphasizes speed, efficiency, and quality. According to Toyota-Global.com, TPS' objective is "making the vehicles ordered by customers in the quickest and most efficient way, in order to deliver the vehicles as quickly as possible." Toyota was one of the first to develop such a system. 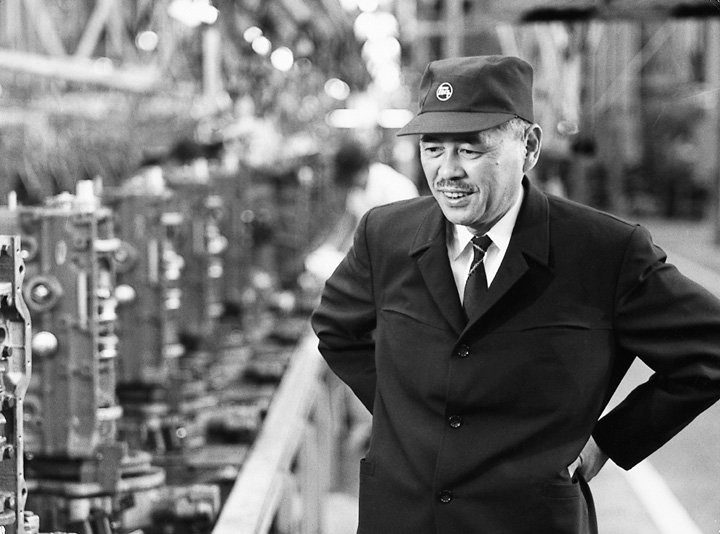 The creator of the Toyota Production System, Taiichi Ohno. Image from Toyota-Global.com

Affectionately termed as "The Toyota Way," TPS is a globally recognized industrial method that has become the modern standard that all automotive plants now use. However, the Toyota Production System is used in many different industries and processes - it's not exclusive to any particular application.

The TPS was created in 1948 by Taiichi Ohno, the man who coined the concept of "Just in Time," one of the two key principles of the Toyota Production System. There is a well-known story of Ohno visiting a supermarket and observing the efficiency of their shelf-stocking process. Ohno, noticing that supermarkets only stock items when the items are needed - and only in the quantity needed - realized that using this model in vehicle production would save time.

Rather than ordering extra parts and then storing these parts at the factory (which is what most automotive assembly plants were doing at the time), Ohno followed the supermarket model. Instead of holding inventory on the factory floor, suppliers were encouraged to build the number of parts requested in the quantity needed. As a result, there is no inventory carrying cost, packaging is minimized, part transportation costs are kept down, and the factory is kept neat and tidy - all reducing the chance of mistakes during production and raising efficiency. 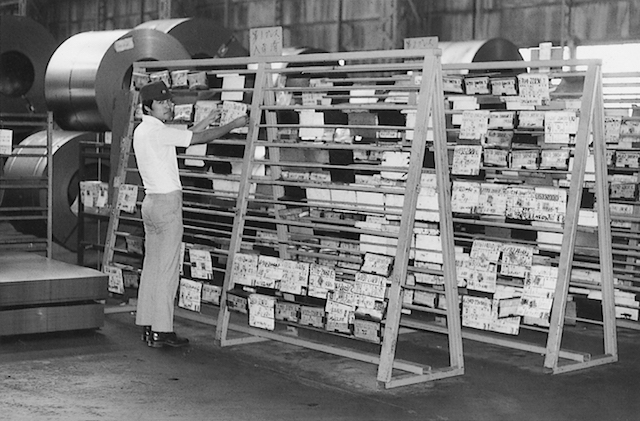 What's more, many suppliers began to build their factories on the same campus as the main Toyota assembly plant. This way, suppliers could produce the parts Toyota needed at almost the same time Toyota was building cars. Today, this means that parts needed to assemble a brand-new Toyota are often being manufactured just a short time before they're sent to the assembly plant. This is an extreme version of "Just In Time," and Taiichi Ohno would no doubt be impressed.

The other principle of TPS is "Jidoka." Its loose translation means automation with a human touch, and the crux of this principle is that quality gets "built" during the production process. Humans are the driving force behind production at Toyota, and they are encouraged to refine and improve any process they're involved in or aware of.

For example, with Jidoka, anyone on the assembly line has the power to stop production if they notice a problem. By giving each individual plant employee this power, problems are reduced. Not only can quality issues be immediately addressed, but workers understand that the next person down the line is checking their work.

The whole point of Jidoka is to build things right the first time and addressing problems head-on to avoid passing down mistakes.

However, "the human touch" isn't just about checking build quality on the factory floor. Toyota also understands that investing in their staff is the key to long-term success, as a happy worker who feels valued by the company is more likely to give his or her best effort compared to a worker who feels slighted and/or ignored by management. 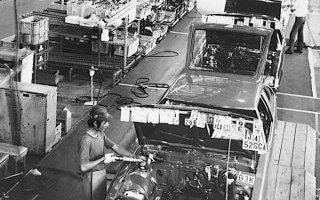 All Toyota workers can stop the entire vehicle assembly line if they find a problem. Image of Harigami Assembly plant, circa 1970. Image:Toyota-Global.com

Therefore, all Toyota team members are provided with free skills training, encouraged to donate time to the community at Toyota's expense (Toyota pays workers their full wage to volunteer one or two weeks a year), and encouraged to offer advice and suggestions on everything from the vehicle assembly process to improving efficiency in the company cafeteria.

What Do Tire Numbers Mean?