Have you ever wondered what all those numbers on your tires really mean? Watch the video below and in less than two minutes you'll be an expert on tire numbers!

If you find it useful, please share the video below. Thanks!

Let's say our tire number is 255 45 R15 99 Y. Here is each number and letter in order, as well as what it represents. A more detailed explanation of each characteristic is below. 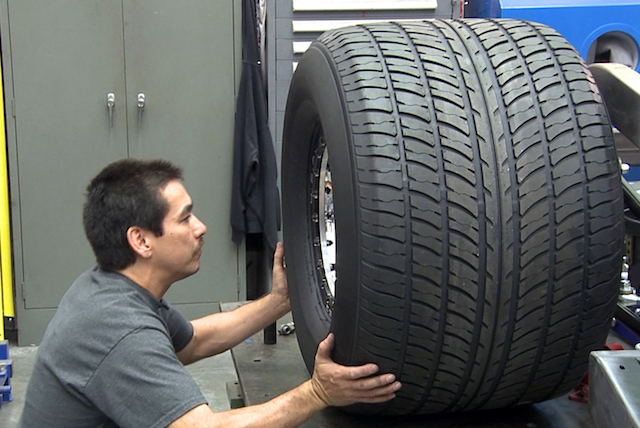 Generally speaking, wider tires provide better handling and traction at high speed, at least on dry pavement. This is why most sports cars have wider-than-average tires. When taking a corner at high speed, a tire's tendency is to "roll-over" (meaning the sidewall flexes). By making tires wider, the negative effects of sidewall flexing are reduced.

While wider tires are great for racing, they're not too good for fuel economy. Wider tires have more rolling resistance, which means your engine has to work just a little bit harder to move your car. Therefore, most economy cars and almost all hybrids have narrower-than-average tires.

NOTE: Some off-road tires are described using English units (meaning inches instead of millimeters). These tires are usually described by width and total height. For example, a 10.5" x 33" tire is 10.5" wide and 33" in total height. 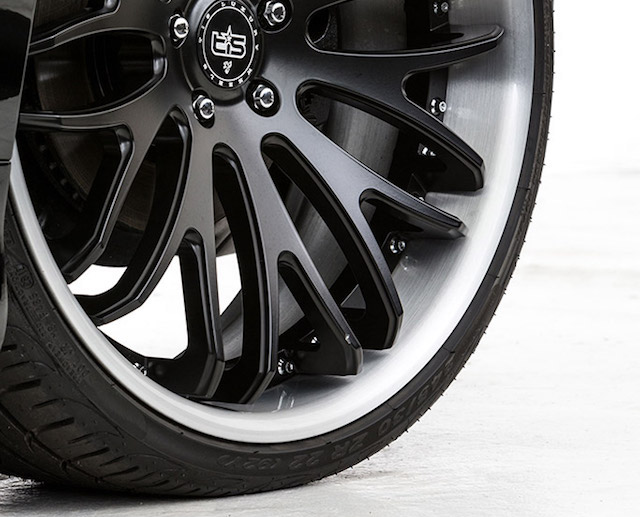 Extremely low-profile tires like these are mostly for show

As a general rule, taller sidewalls result in a smoother ride. If you're buying tires for your 1984 Lincoln Continental, for example, the sidewall height is a very generous 75 series (the OE tire size is 205/75R15). If you're buying tires for a brand-new sports car, you might find that the sidewall height is a very slim 35 series (newer BMW M3's can wear tires as low profile as 265/35R19). These are called "low profile" tires, and they're usually found on sports cars because a) low profile tires make for a better handling car and b) sports car owners aren't likely to complain about a stiff ride.

The vast majority of tires today are radial tires (R), simply because radial construction provides the best combination of performance and durability. Before the advent of the radial tire (It was invented in the early 1900s, but it wasn't commercially viable until the 1950's - see Wikipedia.), most vehicles wore bias-ply tires.

While bias-ply tires are very flexible (a characteristic that makes them useful to off-road enthusiasts to this day), they're no longer used on passenger vehicles. 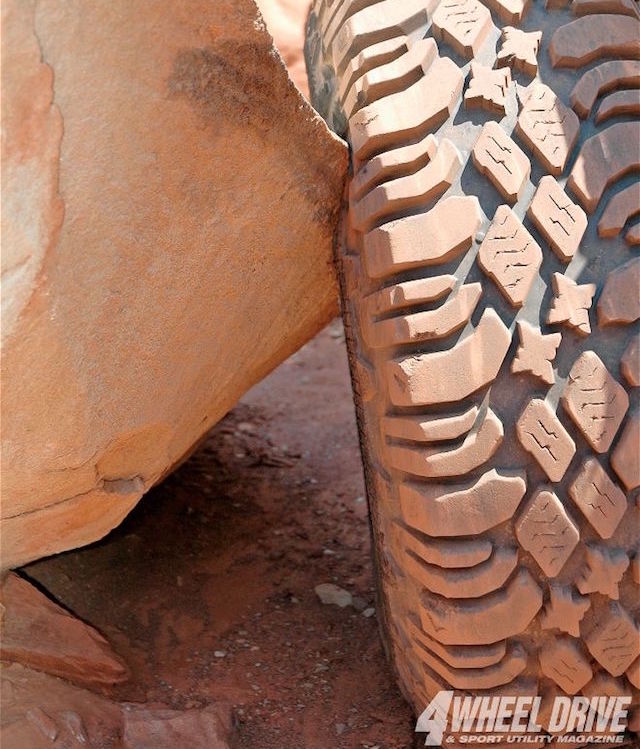 This picture shows why many hard-core off-roader's prefer bias-ply tires. Click the image to learn more. Image courtesy of 4WDandSportUtility.com.

Note: If you'd like to learn more about how bias-ply tires are used in off-roading, read this article on TacomaHQ.com.

Over the last 20 or so years, automakers have been equipping new vehicles with progressively larger wheels. Take the Toyota 4Runner, for example. Here are the largest wheels that Toyota has offered as original equipment since 1995:

Still, the performance benefits of larger wheels are debatable. While larger wheels have a greater rolling mass - and are therefore less likely to be upset by bumps in the road (better ride) - they're also heavier. Heavier wheels place more of a strain on the suspension system (greater unsprung weight), so larger wheels don't usually improve a vehicle's ride substantially.

Also, because larger wheels are heavier than smaller wheels, they can negatively impact acceleration. Many a drag racer has removed expensive 18" or 20" wheels with cheaper (and lighter) 15" wheels to improve their time in the quarter-mile. 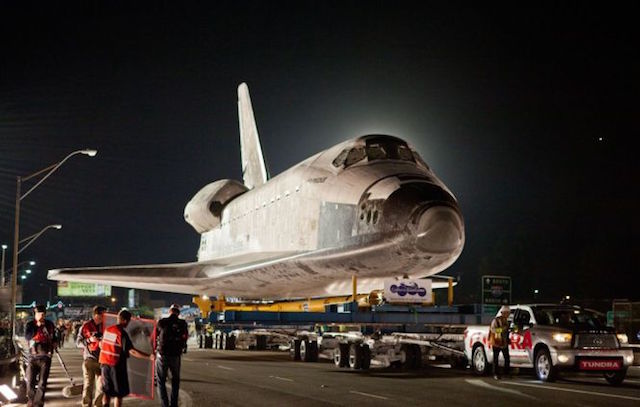 While the Tundra in this picture had no problem pulling the space shuttle Endeavour, the load was far in excess of the tire's listed capacity.

Unless you own a pickup or commercial truck, you're not likely to care too much about a tire's load rating. Ratings usually fall between 70 and 110, with higher ratings for stronger tires. Tires with a high load rating are great for hauling the mail, but they're expensive to replace, they're usually not as fuel-efficient, and they don't have as much "flex" so they tend to ride rougher than tires with a lower rating.

If you're a truck or SUV owner shopping for tires, assess just how much hauling and towing you do before you lay down big money for a set of heavy-duty tires. Most truck and SUV owners are perfectly satisfied with OE replacement tires rather than heavy-duty "load range E" tires, which have a higher-than-average load rating (the exact rating depends on the size of the tire).

If you've ever heard someone talk about "Z-rated" tires, you understand the exuberance that a tire's speed rating can inspire. While most vehicles have tires with speed ratings of R, S, or T, sports cars can wear tires rated V, W, Y, or Z.

So what do these ratings mean? Maximum sustainable speed. Z-rated tires are built to withstand extremely high temperatures, so they can be used at speeds over 149mph. R-rated tires, on the other hand, aren't as temperature resistant, so they're only good up to speeds of 106mph. Clearly, most tires are rated for speeds that exceed all but the most extreme daily commute. Therefore, most consumers don't need to pay too much attention to tire speed ratings.

Still, just for reference, here's a list of all speed ratings and corresponding sustained speed limits:

Like tires? Check out these other articles on Toyota Parts Center.

The Truth About Nitrogen Tires

Tire Replacement Guide - When To Change Your Tires