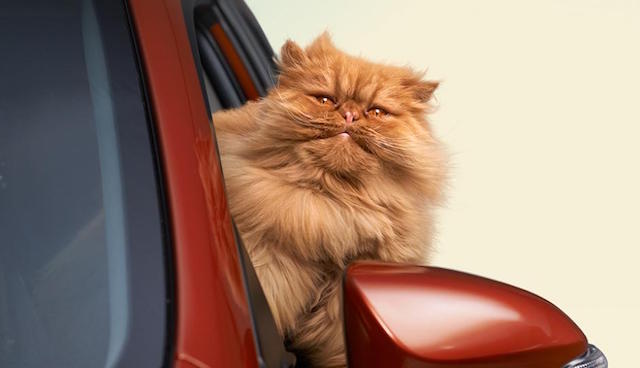 The ad team at Toyota is obviously made up of people with a good sense of humor. Commercials created by their teams have been some of the most interesting ever made. To celebrate, here’s a collection of the best Toyota commercials from around the world.

The Hilux That Makes You Go “Bugger”!

This commercial shows that the smaller stature Hilux is not small in performance. It’s a funny over-exaggeration of the power and utility of these small Toyota trucks. Here’s to hoping no cows were harmed in the filming of this one!

The Cat Uses His Nine Lives For Rides

We can thank the team at Toyota New Zealand for this hilarious commercial. This dedicated kitty will go through anything to get a ride in the Toyota Corolla.

This video is definitely cute with a splash of slightly strange. Watch as this lady narrates for an ambivalent kitty cat, and then baby talks the rest of the way through. One take away is that the Rav4 has plenty of room for all of your cats!

Your Snobby Dog Wants A Toyota

Thanks to the Toyota team in South Africa, we now know what our Boxers are thinking. Apparently, they’re refined dogs who like to heckle others for their lack of civility. They also really like Corollas.

Beware Of Toyotas Near Lakes

This commercial shows us why we should never trust a Toyota left alone by a lake. It could be a trap set up by lake monsters!

The Tundra Has Stopping Power

This one is part of a famous series of Tundra videos that stirred up competitors a few years back. These videos show the tremendous towing/hauling, and stopping power of the awesome Tundra.

These are just a few highlights of the Toyota ads out there. Of course, we’ve left out any banned Toyota videos, we’ll leave those up to you to find!