Camry: The Legacy that Started it All - Toyota Parts Blog

When the every day consumer thinks “Toyota“, what usually comes to mind? Is it the world renowned customer service? Or maybe they think of the reliable Toyota parts and the vehicles they are found in; from the Lexus to the Prius, Toyota vehicles have been known for their reliability and fuel efficiency.

But, it seems like before the Prius and the Lexus line became the staple of the Japanese auto company, there was the humble, but ever influential Camry. With its 2010 model housing a four cylinder 169 horsepower engine that gives it that extra boost, and a price that just cant be beat, the Camry is really the perfect car for any driver, but it didn’t get to where it is overnight.

The first ever Toyota vehicle to come out under the Camry name as we know now met showroom floors In the year 1980. This was the decade of Toyota, where the company in Japan was began smashing all expectations and sales figures, and was just beginning to insert itself in the US market. It came as a mid-sized sedan, shared many characteristics with the Toyota Carina, and was released as the Celica Camry. 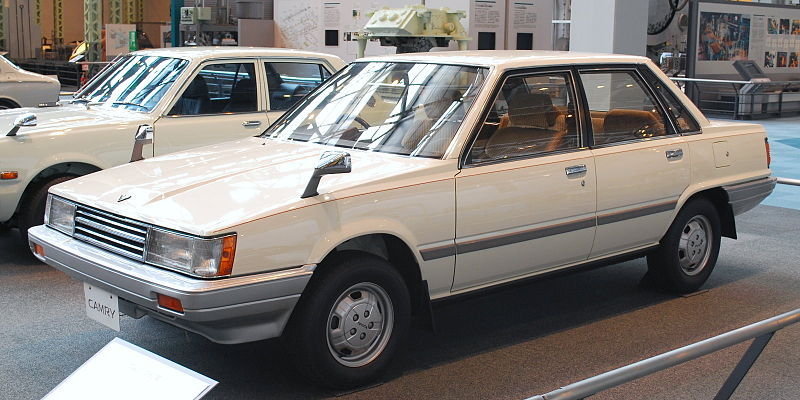 The Camry V10, one of the first Camry’s to hit showroom floors.

Two years later, in 1982, the Camry line officially separated from the Celica and came into existence with first the V10 then V20 models in Japan. The States and other worldwide markets would not receive the Camry line until the V30, or as it was known in the states, the Camry XV10. From there the line bloomed, spreading to all corners of the road, and diverging to wide-body models as the years went on.

Today, we have come to adore and love the 2010 Camry. No other automobile manufacturer in the world can wave a finger at it’s reliability, it’s quality, and it’s customer satisfaction. For more information, or to purchase your own 2010 Camry, go to your local Kansas City Toyota Dealer.