Author C.S. Lewis once wrote, “There are better things ahead than any we may leave behind.” Though he died a few years before the first Corolla hit the streets, C.S. Lewis may as well have been talking about this classic Toyota that’s also the best selling nameplate in automotive history. Now in its 10th generation, the Toyota Corolla has only gotten better with age. Don’t believe us? Check out how the Corolla has changed in the last 50 years! 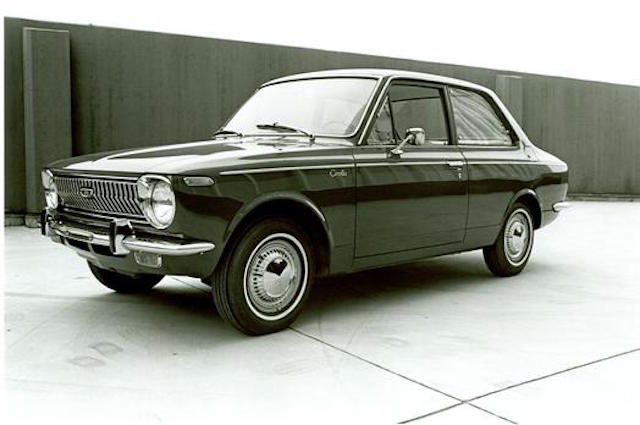 In 1966, Toyota released a vehicle whose name, when translated to English, means “Crown of Flowers.” Available in a 2-door coupe or 4-door sedan, the 60hp Corolla wasn’t much of a looker early on. However, it set the standard of affordability and reliability it would follow for the next 50 years.

Armed with an 1100 CC K pushrod engine, the first Toyota Corolla hit U.S. shores in 1968 with a meager asking price of $1,700. Complete with Macpherson strut suspension, 2-speed wipers, and backup lights, it only took the Corolla three years to achieve number one in domestic sales. 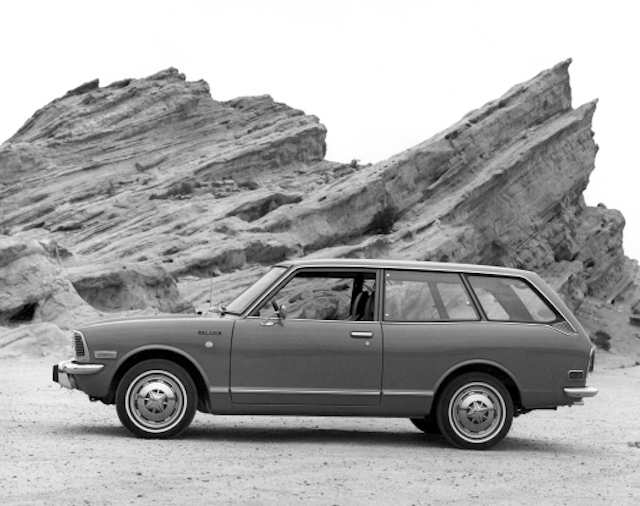 The first-generation Corolla was a fine car but a bit too small for American tastes. They wanted bigger and better, with more power and more room. The second-generation Corollas didn’t disappoint, upping their horsepower to 73 with a 1.2-liter engine. An automatic transmission option was added, and, in 1971, the engine grew to 1.6 liters and 102 hp. In 1973 and 1974, the only major changes were larger bumpers to accommodate federal regulations. 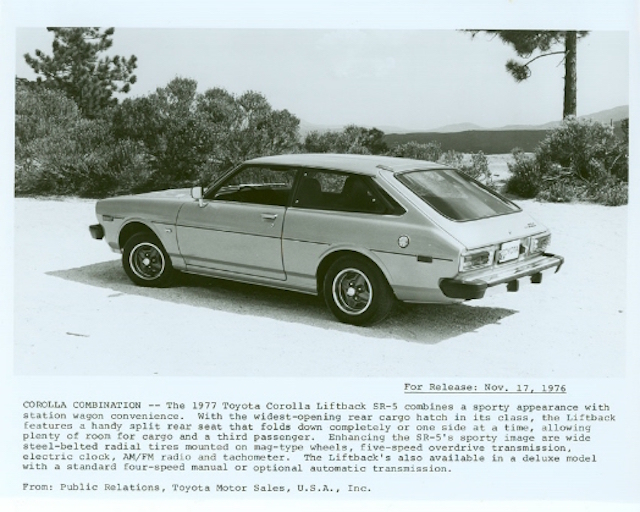 Third-generation Corollas went through a bit of a makeover, with a raised center section in the grill that led to an angular body. Five third-generation models were made available. The first was the basic 2 door sedan with a 1.2-liter engine. Then there was a 4-door sedan, a 2-door hardtop, the sporty SR5 hardtop, and a 5-door station wagon—all with the 1.6-liter engine. Due to raised emission standards, catalytic converters were added to all Corollas starting in 1975. To cap off the third generation, Toyota added a 3-door hatchback called the Liftback to the lineup in 1976. 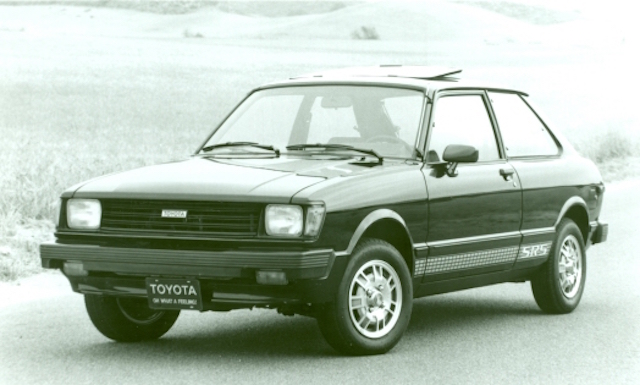 To start off the fourth generation of Corollas, Toyota ditched the leaf spring rear suspension in favor of a coil spring system. An added chassis provided a better all-around ride, and a 1.8 liter 75 hp engine was the standard. The sport coupe, hatchback, and Liftback SR5’s were the top sellers, and 4- and 5-speed manual transmissions were available along with a 3 speed automatic. In 1983, a new 1.6 liter overhead cam engine provided a smoother and more powerful ride. 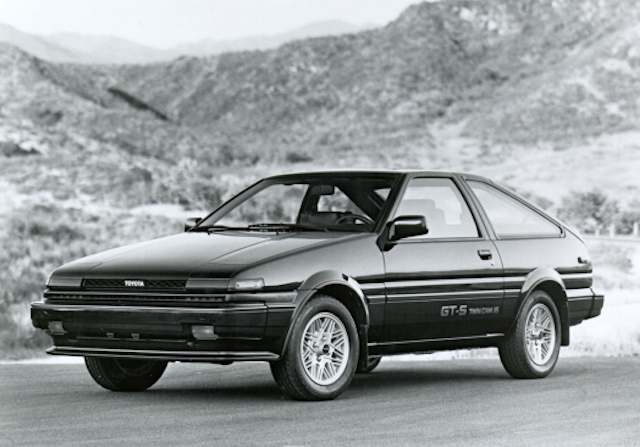 With the exception of the SR5 Coupe Liftback and station wagon, fifth-generation Corollas had one major change: the switch from rear-wheel to front-wheel drive. Toyota also introduced the Corolla GT-S with a 16-valve, 1.6-liter engine that provided 124 hp. The GT-S is now something of a cult classic thanks to its influence in the drifting craze. 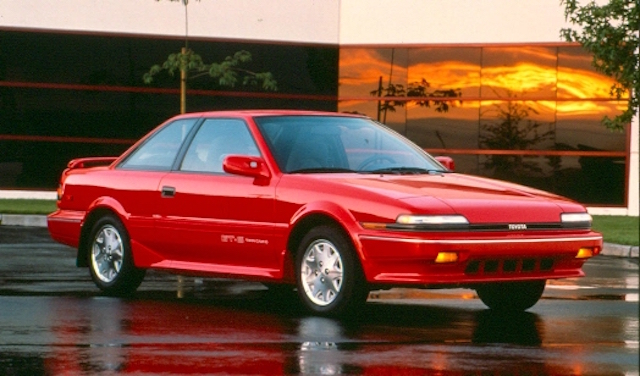 A completely redesigned Corolla hit the streets in 1988. Abandoning the boxy frame for a sleeker and more sophisticated look, ­­all Corollas had switched to front-wheel drive with a base engine that bolstered 102 hp. The GT-S got 10 extra horses, bring total horsepower to 130. Corollas grew in this generation with 13-inch wheels and a 95.6-inch wheelbase. 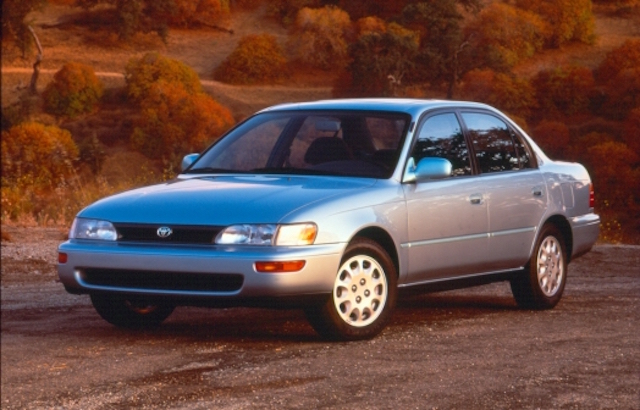 What’s better than a 95.6-inch wheelbase and 13-inch wheels? How about a 97-inch wheelbase and 14-inch wheels? In 1993, the seventh generation Corolla moved up a classification from “subcompact” to “compact” due to its slightly larger size. While the basic sedan model Corolla still ran on the sixth generation’s 1.6-liter engine, a 1.8 liter, 115 hp engine was offered in the new Corolla DX and LE models. Toyota also added additional safety options like adjustable seat belts and a driver-side front airbag. And in 1997, the Corolla became the best-selling nameplate in automotive history, overtaking the VW Beetle. 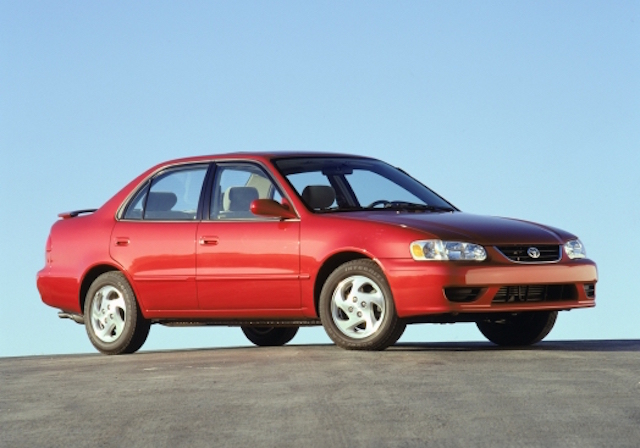 This isn’t a workout plan for a marathoner but what the Corolla pulled off in its eighth generation. Primed with a new 120 hp engine and more efficient drivetrain, the Corolla offered increased fuel economy at 31 mpg city and 38 mpg highway. Simple and humble inside and out, the Corolla stood strong against competitors like the Honda Civic and Nissan Sentra, selling nearly 250,000 units in 1998. 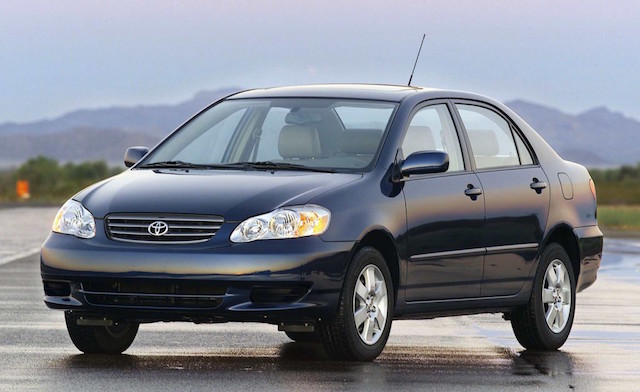 The ninth-generation Corolla was the most comfortable, powerful, and roomiest version to date. Boasting a 102.4-inch wheelbase and a 1.8 liter, 130 hp engine, the ninth generation Corolla offered precise and smooth transmissions across the board. The Corolla began riding on 15-inch wheels, and CD players became a standard feature.

When the tenth generation Corolla hit the streets in 2009, consumers soon learned Toyota kept with the trend of providing a comfortable, quiet and reliable ride. Though the body and frame stayed similar to the ninth generation, the newest set of Corollas saw stability control become standard and received a hp boost up to 132.