The T Series was a family of inline-four engines which began in 1970 and was built for production vehicles through to 1985, though some licensed, after-market T Series engines are still being made today. The engines began as overhead valve (OHV) designs and migrated to more performance-oriented twin cam or dual overhead cam (DOHC) configurations. 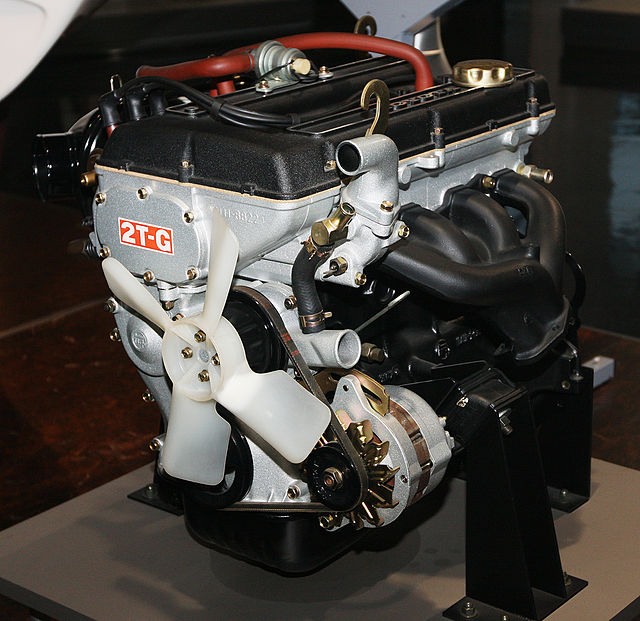 The T Series engines are well-known for two things: solid reliability and performance output. The consumer versions of these engines, especially in the later generations, were proven and reliable and many of them are still on the road today, often with more than a million miles on them. The 2T-G was licensed and built by an Italian racing company for Formula Three cars for a long period, though those are not considered Toyota engines by most.

The later generations, specifically the 3rd and 4th, were the engines that allowed Toyota to enter the racing arena as the first Japanese automaker to compete in the World Rally Championship.

Today, the 3T-GTE and 4T-GTE engines are popular on the amateur racing circuit and the 4T-GTE, specifically, is still a popular choice for its high power output, relatively small displacement, and extremely robust nature.

This was first released in 1982 with a hemi-chambered twin-cam head with twin spark and swirl inlet ports. This engine introduced knock control as well as serious turbocharging through the CT20 Turbo, taken directly from the T Series diesel variants. It became the first turbocharged, twin cam gasoline engine ever built in Japan. It featured unusual redundancy, such as doubled cam roller chains, as the fourth-generation T was already in the works when the 3T-GTE was introduced.

The 3T-GTE was used in the Celica and Carina TA63 models as well as the Corona TT142 model.

Introduced late in 1982, this engine was already developed by the time the 3T the preceded it was introduced. Meant mainly as Toyota's racing engine, it remains popular for that purpose. It powered the company's first Group B and World Rally Championship cars. It has larger displacement (5mm increased bore for 2,090cc in all), which FIA rules converted to 2,926cc, meant more power output for the larger race-going Celica.

The 4T-GTE utilized a KKK/K27 turbocharger, electronic fuel injection, and the twin spark of its 3T brother. Toyota only built 228 of these engines themselves, all used in both rally and road going racers in the early 1980s. The Celica Twincam Turbo TA64 GT-TS is car most associated with these engines, but the Celica IMSA GTO and several 84C, 85C, and 86C platforms also used this engine. The Eagle Mk I had a 4T-GTE as well. Variants of this engine also included some with additional numbered designations, such as the 151E and 100E, which had modified valve and spark configurations.

The TR Series of engines are mainly commercial-grade engines appearing in truck applications globally. The TR Series first appeared in 2004 and has been in several vehicles, including the Innova, Hilux, Dyna, Land Cruiser, Tacoma, and 4Runner. Their first use in North America was with the 2TR-FE, which powered some models of the Tacoma beginning in 2005, and the 4Runner in 2010.

The original 2.4L TR engine, first offered globally in the Hi-Lux. The engine features a new 32 bit engine control module (an upgrade from 16 bits), and a series of valvetrain improvements that helped reduce the rotating mass of the cams and reduce the noise of the engine. Various friction reduction efforts also helped quiet the engine, as well as boost power.

This is a 2.7-liter variant of the 1TR-FE inline-four gasoline with DOHC, 16 valves and VVT-i. It produced 159 horsepower and 180 lb-ft of torque, redlining at 5,500 rpm. It replaced two 4-cylinder Tacoma engines in 2005 (the 2.4L 2RZ-FE and 2.7 L 3RZ-FE), offering more power and improved fuel efficiency. It also featured a front cover with cast mounting points for various accessories (alternator, power steering pump, water pump, etc), reducing the engine's size and complexity.

The 2TR-FE was offered on 2WD 4Runners in 2010 before being discontinued on that vehicle. Toyota has continued to offer the 2TR-FE on the Toyota Tacoma thru the 2017 model (as of May, 2017), which is an awfully long time for an engine to be sold without a meaningful update in performance or fuel economy...