Toyota is on track to sell nearly 190,000 Tacomas in 2016, and it's not enough. Toyota is the market leader in the midsize truck segment, selling about 30,000 more trucks than GM so far in 2016, and outselling Nissan's Frontier two to one. Yet, despite segment-leading sales, Toyota can't produce enough trucks. Toyota recently announced a factory expansion to try and address the incredible demand for the Tacoma.

What, exactly, has made the Tacoma the Scorsese of the auto world, the Tom Brady of trucks, the Swiss Army knife of 4x4s? Well, as in many things, there isn't one answer. But here's our attempt to round up all the pertinent reasons why the Tacoma reigns king.

Top Gear famously torture tested a Toyota Hilux, and found it to be nearly indestructible. Toyota's reliability is well known.

It's not just the Tacoma that's reliable—it's the whole Toyota brand. From the Camry and the Corolla to the 4Runner and the Land Cruiser, Toyota has backed up their legendary reliability year after year. Toyota is consistently ranked as one of the top brands in the annual JD Power Vehicle Dependability Study. Just check the results for 2016, 2015, 2014, 2013, 2012, 2011, 2010...the list goes on. 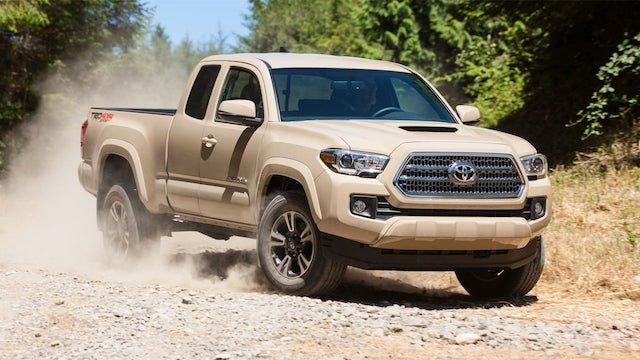 For 2016, Toyota engineers added something called "Crawl Control," which - when properly equipped - makes the Tacoma capable of tackling terrain that most trucks can't. In short, the Tacoma will take you anywhere and deliver a first-rate performance the whole way. That reputation drives a lot of sales. 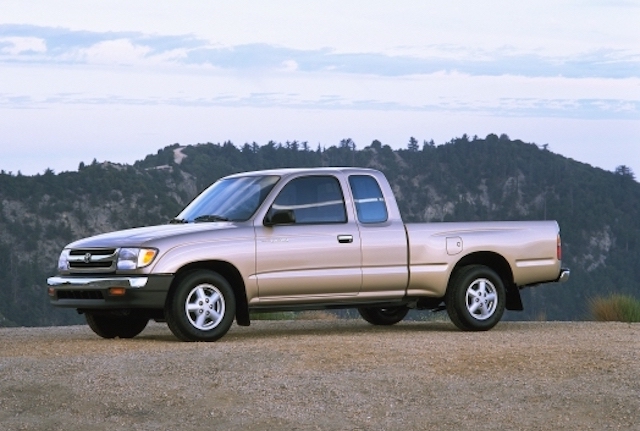 The Toyota Tacoma has consistently maintained excellent resale value. In fact, the 2016 Tacoma won the KBB.com Best Resale Value Award for Mid-Size Pickups. The Tacoma is projected to retain the highest percentage of the original MSRP of any mid-size truck on the market. In fact, the Tacoma's resale value is bested by only a handful of limited production and/or specialty vehicles.

High resale value has a lot of benefits to the consumer, the main of which is low ownership cost. A Tacoma buyer can drive a truck for years, put 100k miles on the odometer, and then sell the truck for a substantial sum.

When we talk about "innovation" in pickup trucks, we often talk about compromise. When Fiat-Chrysler America decided to add rear coil springs to the updated 2009 RAM 1500, we heard a lot about the "innovation" in replacing leaf springs with coils. But this innovation - which admittedly improved the RAM 1500's ride - reduced the truck's towing and hauling ability.

The 2016 Tacoma received a major update, with a truckload of new features. But none of these features hurt towing capacity, payload capacity, engine power, or fuel economy. Toyota just made the truck better.

The same is true of Ford's EcoBoost engine family. While we hear a lot about the technology in Ford's twin-turbo, small-displacement V6 engines, we also see disappointing real-world fuel economy. Honda's new Ridgeline offers best-in-class handling on pavement, but it also lacks a transfer case, which is sort of essential if you desire strong off-road performance. Ford's use of aluminum in the F-150 was very "forward-thinking", but it also dramatically increased the cost of basic repairs.

And then we have the newly designed 2016 Tacoma:

The point? Toyota doesn't make "revolutionary" changes just for the sake of being revolutionary. That's a good thing.

Last but not least, we come to the main reason that the Tacoma is the number one truck in the midsize truck segment: it's affordable. KBB.com projects the ownership cost of most new vehicles, and as you can see from the chart below, the Tacoma's ownership costs are best in class. 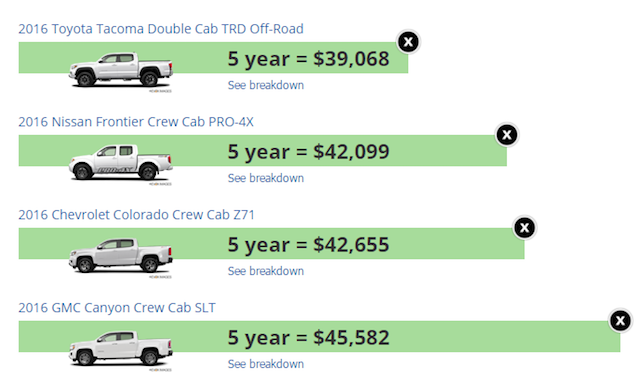 To be fair, this is a comparison of ownership costs for 4WD 4-door pickups with off-road packages. If you don't want a truck with room for 5 and off-road capability, then you might be able to save some money buying a stripped-down Chevy Colorado (or maybe a base model Ridgeline).

But for people who value reliability, off-road performance, resale value, capability without compromise, and low cost, the Tacoma is the only truck to buy...which is probably the reason it's selling so well.

What do you love best about your Tacoma? Tell us on Facebook!