With the release of the new generation Prius, it seems like a good time to take a look back over the previous Prius models. While some changes are not quite “night and day," other changes are pretty surprising by comparison. Find out what has changed, and what has stayed the same in this comprehensive comparison infographic.

How Has The Prius Changed Over The Years? 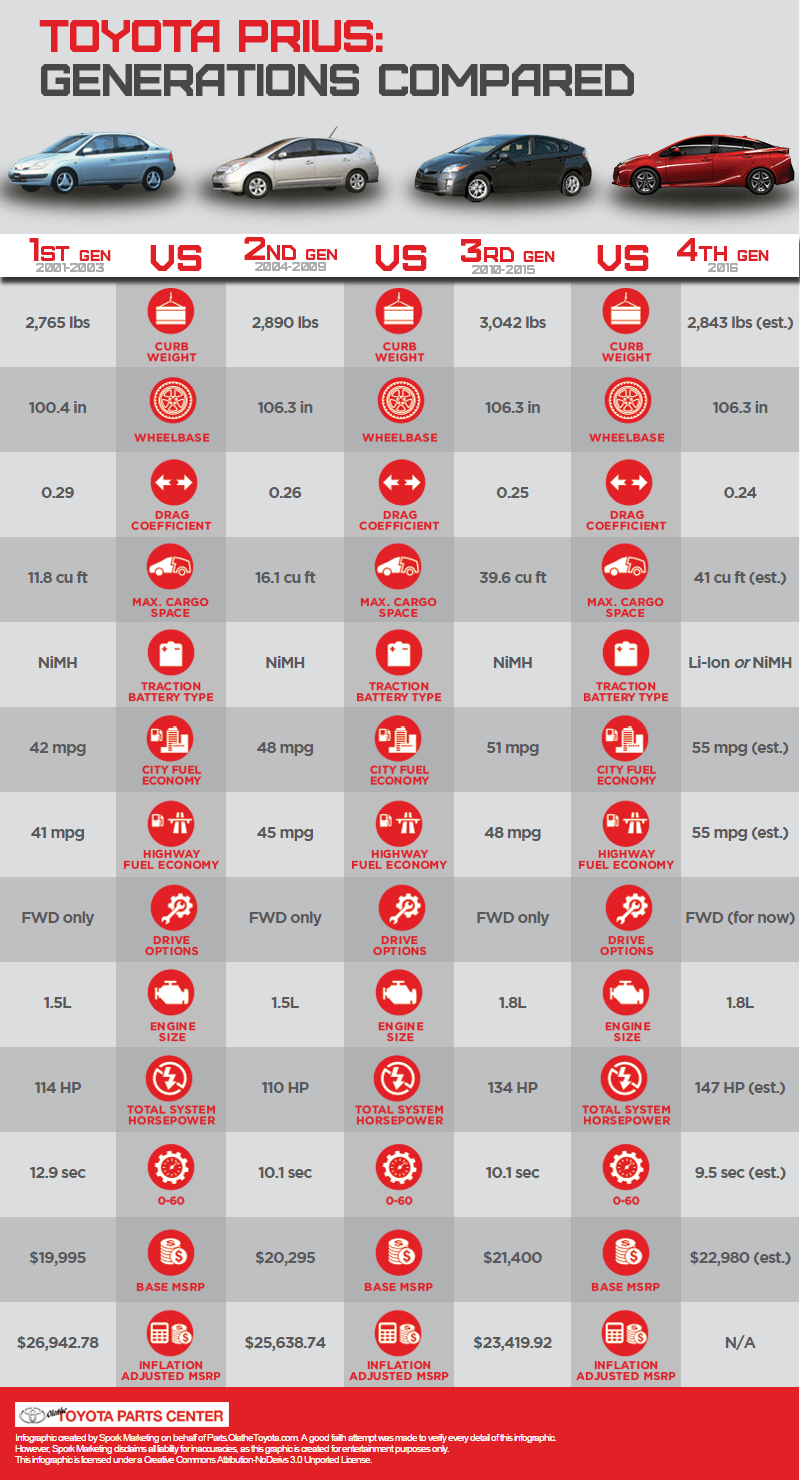 As you can see, the newest generation has the most changes to date. The weight hovers around the same figures, the wheelbase hasn’t changed dramatically, and the MSRP has been pretty consistent, but it’s not the same car it was over a decade ago. Battery capacity has remained impressive, but the 2016 model has a major change coming with the use of Li-Ion, instead of the NiMH battery used in all other models. Horsepower from the first generation to the 2016 has seen an increase of more than 30 total system horsepower. Finally, the 2016 Prius has gained more than 10 miles per gallon of fuel over the first generation — coming in at 55/55 city/highway.

The Prius seems to be getting better and better by the year. It’s become less of a mystery, and more of a mainstream car. With the new changes, it promises to be a fierce competitor for not only hybrids but for all mid-sized cars on the market.