The Toyota E family of engines began in 1985 and was a significant departure from other engines of the period in that they were the first Toyota engines to swap the timing chain for a belt. Built as practical, everyday engines meant to maximize economy and durability, these engines became a cornerstone of four-cylinder designs for the company. The first-generation E appeared in Toyota's European flagship subcompact, the Starlet, which was very similar to the Geo Metro being sold in the U.S. The second generation saw global use, though it did not appear in North America. 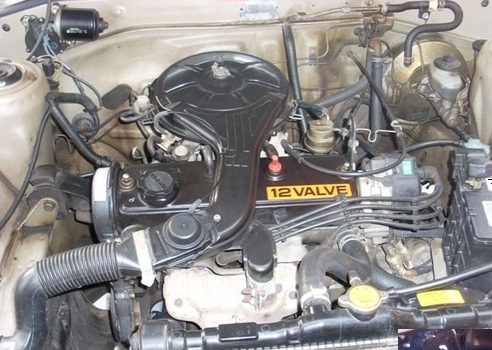 The third-generation E Series engines came to America in the Corolla Wagon in 1986 and was in production until 1994. The 3E (carbureted), 3E-E (fuel injected), and turbocharged 3E-TE were used in the Corolla Wagon, Corona Van (ET176V) and Tercel (EL31). Many enthusiasts and mechanics learned to replace the valve stem seals with silicon or viton seals to improve longevity.

Later Generations Of The E Series

The fourth generation of the E Series was when they really came into their own. This 1.3-liter dual overhead cam (DOHC) version appeared in 1989 and went on for a decade. It appeared in the Tercel and Corolla. The 4E-FE and its turbocharged 4E-FTE sister were produced and used in cars throughout Asia and the Americas. They were popular "conversion" engines, replacing older engines, especially underperforming 3Es. The 4E-FE has three generations, the second producing less horsepower but higher torque due to altered exhaust manifolds and an engine control unit (ECU) upgrade while the third saw similar changes, once again reducing hp in favor of torque.

The 1.5-liter 5E series appeared in 1990. These fuel-injected power plants were more robust than their predecessors and were one of the first distributor-less (DIS) engines Toyota produced in quantity, giving two versions of the engine in terms of ignition: the pre-1995 distributor-plug version and the 1995-1998 DIS 5Es. These engines were in the Tercel, Corolla, Corolla II, and other vehicles, depending on the market. Advanced performance options from the 4E-FTE were also used in the 5E-FHE to increase hp to 110.