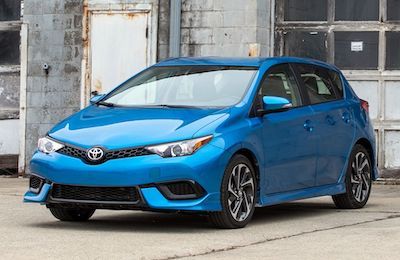 The Toyota Corolla iM began as a Scion concept car before it became a model for Toyota. It is offered with a 1.8-liter inline 4 with either a CVTi-S or a six-speed manual transmission. The first iM under the Corolla name rolled out in 2017. When you need new parts for your Corolla iM, you buy OEM Toyota parts because they last as long as the original parts and never need to be modified  to get them to fit. We stock parts like brake pads and door handles for your Corolla iM.

Because we carry a large selection of genuine Toyota parts, we can offer them at wholesale prices. We also have same-day shipping in most cases, so you can get your car back on the road quickly. When you need new Toyota auto parts, rely on Olathe Toyota Parts Center.

Select your model from the list and order your new OEM Toyota Corolla iM parts now.