The Toyota U family of two-cylinder flat engines was introduced in 1961 and produced until 1976. It was then revived in 2011 and is used into the present in collaboration with Subaru on a handful of vehicles. When first introduced, the U Series was placed exclusively in the Publica series of vehicles. At only 697cc and 28-32 horsepower, it was a diminutive engine for a very tiny car. The second-generation continued in the Publica series, including its sports car variant, the Sports 800. It discontinued production in 1976.

In 2011, it was revived in a partnership with Subaru as the 4U for the "Toyobaru" vehicles. Although very different from its two-cylinder predecessors, it retained many of the technologies founded in its predecessors. 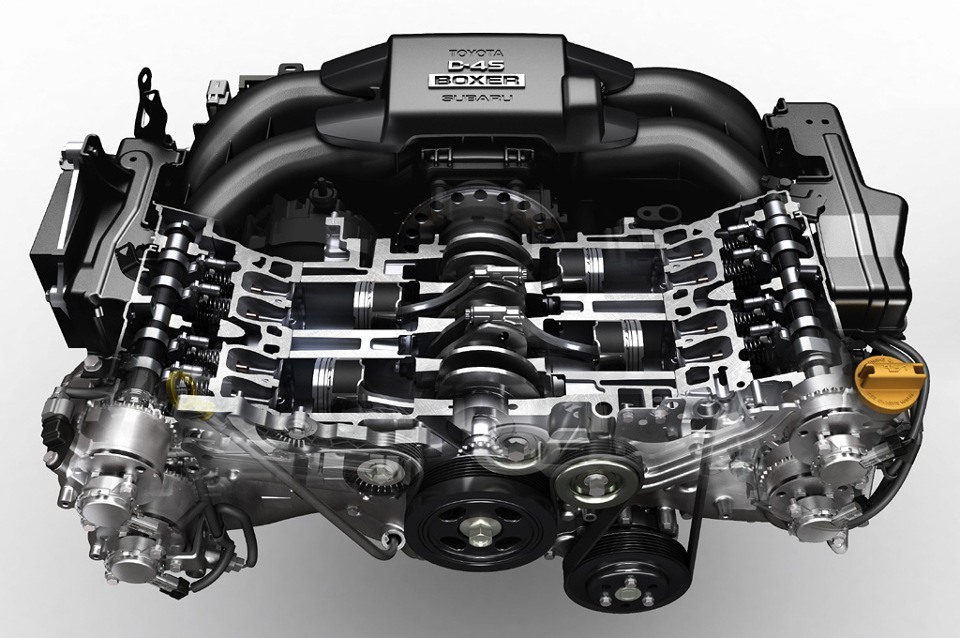 Now a boxer-style four-cylinder, the 4U-GSE is identical to the Subaru FA20 and is built at Subaru's Ota Gunma plant. The engine uses Subaru's boxer framework, but is mostly Toyota-derived design for its parts, including the D4-S direct and port injection system and high compression ratio (12.5:1). In this configuration, appearing in the Toyota GT 86 / Scion FR-S and the Subaru BRZ, the engine is part of the "Toyobaru" collaboration on rear-wheel driven sports cars.

Future versions of the Scion FR-S (aka GT-86) may or may not feature the 4U-GSE...there have been rumors that Toyota will replace this engine with a Toyota-designed model when the vehicle is updated. This may be done so that Toyota can create a hybrid version of the coupe (again, this is only rumored).