Toyota introduced the innovative Kinetic Dynamic Suspension System (KDSS) in the American market Lexus GX 470 in 2004, and subsequently added it to the Land Cruise Prado, which is sold in Australia. It has since been a mainstay in the Toyota 4Runner Trail Edition and, interestingly enough, in the McLaren MP4 12C supercar.

What is a Kinetic Dynamic Suspension System? 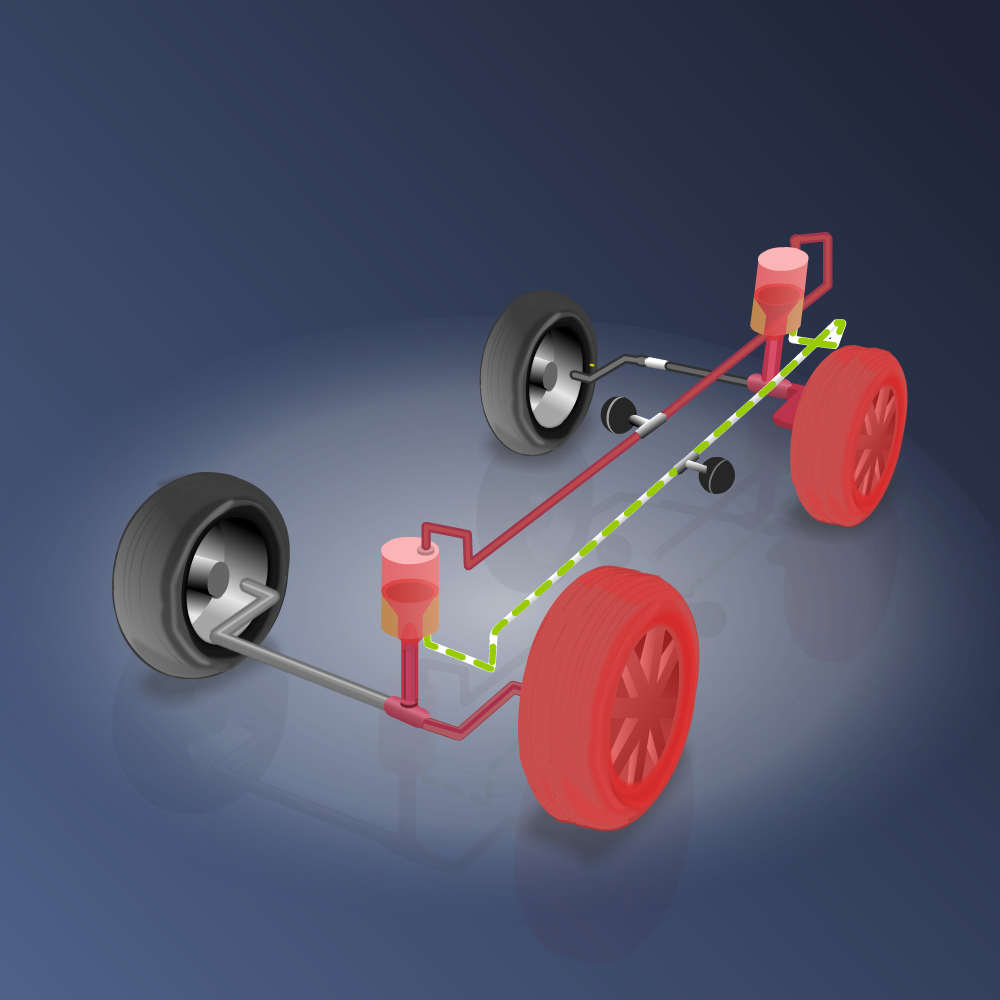 The KDSS system is a fully mechanical stabilization system that allows jointed stabilizer bars to move independently from one another and be locked or adjusted through hydraulic pressure from a closed system. This gives greater stability in maneuvering and a longer, independent reach for each wheel when on rough terrain offroad. Electronic components were added to some KDSS-equipped vehicles, such as the 2008 Lexus LX 570.

The kinetic suspension technology used in KDSS was developed by Kinetic Pty Limited, a company in Western Australia, with rights purchased by Toyota.

The kinetic dynamic suspension system works through hydraulics. The stabilizer bars for the vehicle are jointed near the center, effectively separating the right and left sides. Normally, this would lead to complete destabilization of the vehicle and imminent rollover at speed, but in KDSS, the bars are controlled through hydraulic pressure from pressure cylinders and accumulators.

Under normal operating conditions on the road, the pressure is kept static, holding the bars in place and providing complete stability. This prevents heavy body roll and actually reduces overall body roll in maneuvering, holding the vehicle more stable than if it were equipped with standard stabilizers.

Off the road, the accumulators activate and allow the flow of hydraulic fluid and pressure from one wheel to another, front-to-rear, with the split stabilizers allowing far more articulation than would be possible with standard stabilizers. This gives better wheel grip and longer reach, with the pressure on one wheel providing the kinetic energy (via the hydraulic cylinders) to pressurize the fluid, which can then be stored or used to press another wheel down to find grip.