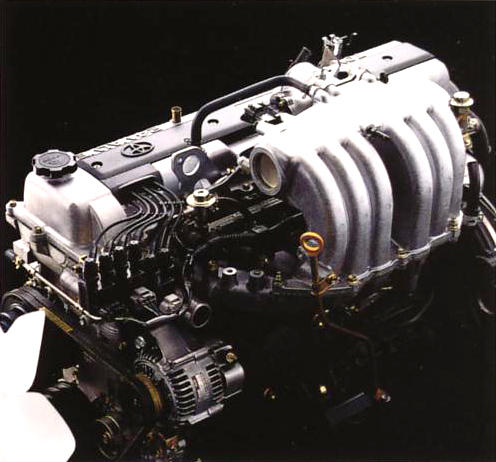 These six-cylinder engines were popular until 1992 as the go-to inline-six for Toyota. They offer high torque at the low end of RPM and have great reliability due to their diesel-like cast iron blocks and heads. These engines are commonly associated with the Land Cruisers of the 1950s through the 1990s. The F Series was used in several truck applications from Toyota both commercially and for the consumer market.

The first-generation F was introduced in 1955 and replaced with the 2F in 1975. There was little difference between the two engines except the larger bore in the second-generation engine. The FJ62 Land Cruiser saw the 3F and 3F-E become its power plant in 1988 and is the most popular of the Cruiser engines and has a reputation for being one of the longest-lived engines ever made, with vehicles often seeing more than 300,000 miles before requiring an engine overhaul. The 3F-E is the fuel-injected version of this third-generation engine. The F Series was replaced by the FZ Series in 1993.

The FZ engine series was produced to replace the F Series engines in the Toyota Land Cruiser. FZs were produced in both carburetor and fuel injection variants, the 1FZ-F and 1FZ-FE respectively. The engines are virtually identical otherwise, though the fuel-injected FE has more horsepower output.

The FZ Series entered production in 1984 and is still being made today. They appear in the Land Cruiser FZJ 70, 80, 90, and 100 series, and the 1FZ-FE is offered in the Lexus LX450. This inline-six-cylinder engine is also used in one of Toyota's heavy-duty forklifts.