Here's what you need to know about:

First, let's get some background information out the way. Modern engines almost always use pistons made fromaluminum alloy, as aluminum offers a great compromise between light weight and strength. These pistons can be cast or forged (more on that below), and the specific alloy used can have varying amounts of silicon.

Cast pistons are by far the most common. Engine manufacturers use a complicated and precise casting process to create these pistons, pouring molten aluminum into detailed molds, and then allowing these molds to cool. When the cooled aluminum piston is removed, it's "cleaned up" a bit with some light machining, and then it's ready for your engine. 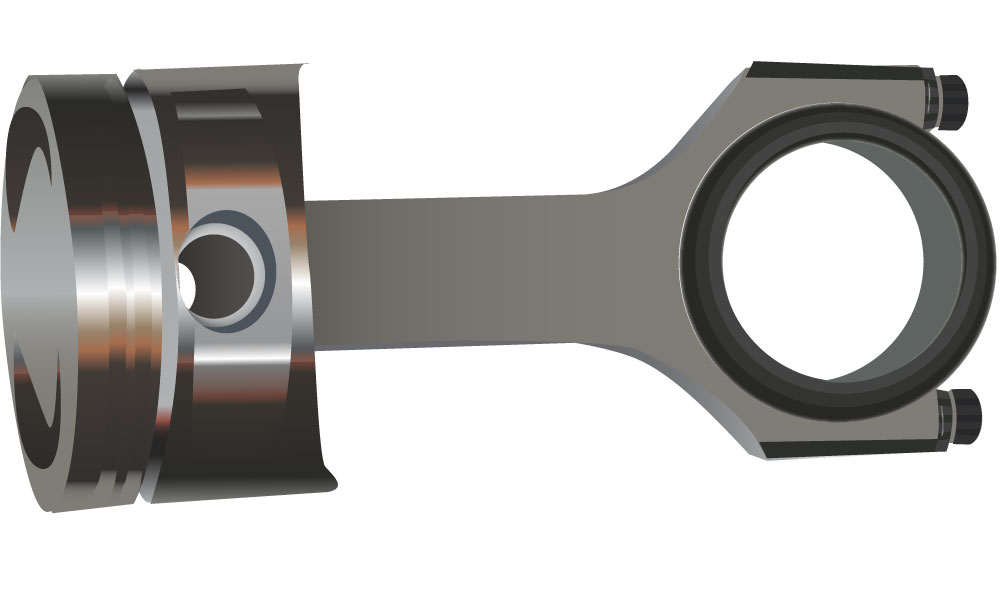 If casting has a downside (and, truth be told, modern cast pistons are quite excellent), it's that cooling can sometimes be uneven. Uneven cooling leads to inconsistent strength in the finished product, and this in turn leads to breakage under very heavy loads (typically only seen in racing).

Forged pistons, on the other hand, are formed by taking heated aluminum ingot and forcing it into a die. The forging process ensures that the aluminum is uniform, which means the final pistons is stronger than a cast piston of similar thickness. Therefore, forged pistons can be manufactured with less aluminum, and/or they can be used in applications where extreme loads require every bit of strength (such as racing).

The downside to forged pistons is cost. Forging is more time and resource intensive, as the forging process requires more processing, and the forged ingot (called a blank) must be machined much more heavily than a cast piston.

How Much Silicon Do You Need?

As stated above, modern vehicle pistons are made from aluminum alloy, which means that the piston contains aluminum along with small amounts of nickel, copper, magnesium, and/or manganese.

Additionally, most modern pistons contain a large amount of silicon. Silicon is added to the aluminum because the resulting alloy is more resistant to wear and expansion than an alloy that doesn't contain silicon.

Resistance to expansion is key, as the modern engines are designed with very tight piston and cylinder wall tolerances. If the expansion and contraction of a piston can be minimized by adding silicon, tolerances can be very high. High tolerances improve performance and efficiency, which in turn increases fuel economy (a very big concern for modern engine designers).

The characteristics of pistons in each of these categories are very distinct. Hypereutectic alloys are stronger, resist scuffing and seizure, and reduce groove wear and cracking of the crown at extremely high temperatures. They're also very resistant to expansion, because the high percentage of silicon essentially "insulates" the piston from the effects of heat.

Hypereutectic designs also allow for decreased distance between ring grooves, which improves the "seal" between the rings and the cylinder wall and improves efficiency. Finally, because hypereutectic pistons don't expand or contract, they're ideal for modern engines with tight clearance requirements. Generally speaking, modern engines use pistons made from a hypereutectic aluminum alloy.

If there is a downsides to hypereutectic pistons, it's that they're brittle compared to forged pistons. Therefore, forged pistons are more forgiving of extreme conditions (like those found in a race car), and they give you a greater margin of error when dealing with timing problems, as detonation is less likely to destroy a forged piston than a hypereutectic cast piston.