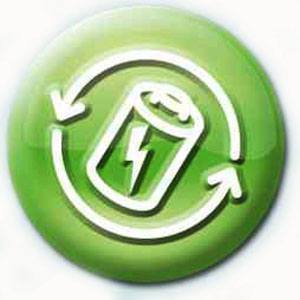 Lithium: Metal of The Future

As most automakers know, a spot on electric-hybrid vehicle needs two things: a great design, and an effective and long lasting battery. For years, the standard for electric vehicle batteries has been nickel-metal-based. The next step, the future of batteries, makes use of lithium, a metal found in the earth, which is becoming more and more valuable because of its chemical properties. Lithium has already proved itself as being viable for batteries; laptops and other small appliances run on them. But, because of recent technological advances, auto engineers are now able to integrate the highly reactive and light metal in car batteries. Because of its potential use, Toyota is acquiring more and more lithium that will allow them to engineer cleaner and more efficient vehicles.Also, with the more advanced battery technology, more Toyota Parts could be running off the Lithium Batteries.

Toyota Batteries of the Future Will be Built to Last

One way successful companies like Toyota receive lithium is through sister companies like Toyota Tsusho Corp. This week, Tsusho formed a partnership with Australian mining company Orocobre Inc. to set up a very extensive mining operation in Argentina. The program, estimated at costing $100 million, will bring in large amounts of lithium available for battery production. This will make newer plug-in models like the 2012 Prius not only possible but effective.

With Toyota’s already huge stake in the Hybrid industry, the lithium battery innovations and mining projects will open hundreds of doors for advancements. Toyota has already stated they plan on doubling their hybrid output by the end of each year. This means your Kansas City Toyota Dealer will have New Toyota options for more people.

When the huge mining project begins in 2012, Toyota expects the mine to produce 15,000 metric tons of lithium carbonate per year. Most of the lithium in the world comes from South America, so they know there is large potential there. There are already huge deposits in Chile and Brazil.