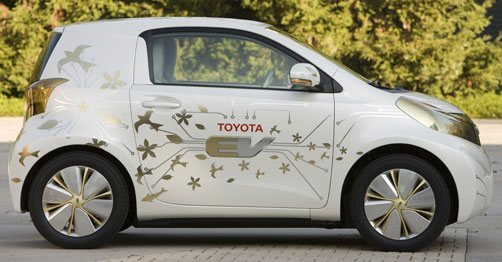 At the beginning of this year, the Toyota FT-EV, an all-electric commuter concept car, was revealed at the Detroit International Auto Show. According to Toyota, the car would run approximately 50 miles with one charge and seat two passengers. When it was unveiled, it had a lot of similarities with the, also new, Scion iQ. The body style was slightly different, which gave it a smooth and more organic look, and appealed to many who found the iQ to “fierce”. Also, with its newly engineered battery, the FT-EV could reach a top speed of 70 mph.

On the website for the FT-EV, Toyota states they are “Maintaining [their] pace for developing advanced technologies and exploring many technology options for future mobility.” This may explain Toyota’s enthusiasm towards their concepts and the new Prius. With all the new electric/hybrid vehicles, they are aiming to sell approx. one million hybrids a year by the next decade. 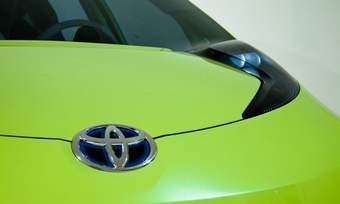 While it is only a concept car, Toyota did say it is possible something similar would come to market in 2012.

So, You might be wondering, why all the new electric and hybrid cars? Toyota has a fairly innovative idea on the future automotive industry and the Toyota Parts that will power it. While they believe that the electric track is the way to go, the company does not believe that there is one singular solution to the problem at hand. They believe that the more options a consumer has, the more crowd they will attract, and that will lead to more “green” automobiles being sold.

Nearly a year has passed, and it is once again time for the International Auto Show to occur in Detroit. At this year's show, like the last, there is rumored to be another electric/hybrid compact car that will be revealed. We don’t know much, but there are several teasers that have been released by Toyota to bring some extra hype to the situation. Stay tuned for more information as the show gets in full swing…