Although the 1986 Toyota Supra was the third generation of Toyota’s big six-cylinder sport coupe, it was also the first: the first Supra to be sold under that name in the Japanese market (previous editions had been marketed as “Celica XX”) and the first with no ties to the four-cylinder Toyota Celica. 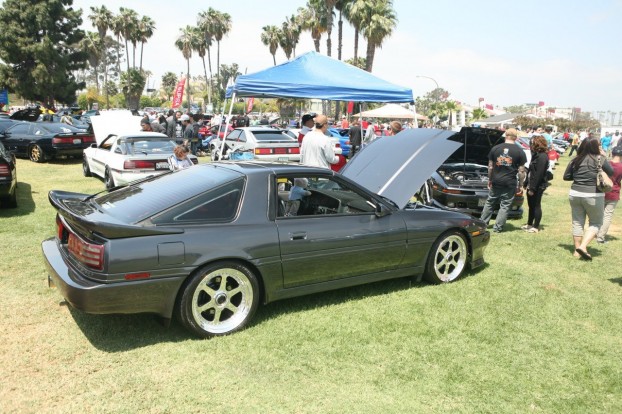 What follows is a short history of the 1986-1993 Celica MK 3/Third-Generation Supra, written by award winning automotive historian Aaron Severson of AteUpWithMotor.com. Enjoy!

In the early ‘80s, Toyota began switching its bread-and-butter cars to more space-efficient front-wheel-drive platforms. The Corona and Carina sedans switched in 1983 and 1984, followed in August 1985 by the fourth-generation Celica, which shared the Carina platform.

The Celica’s new transverse-engine/front-wheel-drive layout meant that it was no longer practical to offer six-cylinder Celica derivatives as Toyota had done with the two previous generations. However, the earlier Celica XX/Supra had sold well, as it had its luxury-oriented Toyota Soarer cousin. Rather than abandon those popular models, Toyota decided to give them their own rear-drive platform. 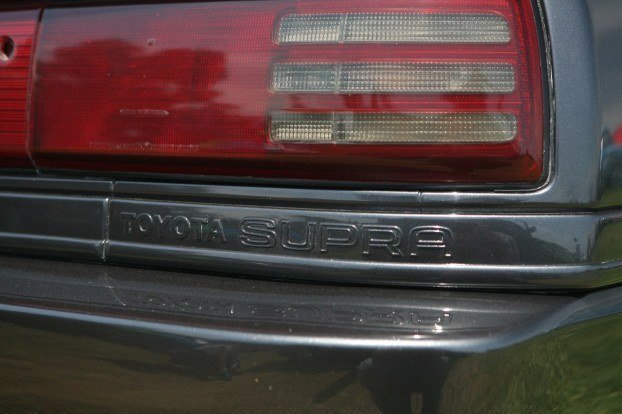 The third-generation Supra and second-generation Soarer, which both debuted in early 1986, had an all-new chassis, trading MacPherson struts and semi-trailing arms for a sophisticated new suspension: upper wishbones and lower L-arms in front; upper A-arms, trailing arms, and lower lateral links in back. Coil springs were again standard and Toyota Electronically Modulated Suspension (TEMS) — three-position adjustable shock absorbers — were optional, supplemented on some models by ABS and later an electronic skid control system. Power steering and four-wheel vented disc brakes were standard.

The third-generation Supra was a sleek if somewhat anonymous-looking 2+2 with a lift-up glass hatch and tiny rear seats. Although the new Supra was slightly shorter than before, it was also at least 375 lb (170 kg) heavier, thanks in part to extensive standard equipment and the structural reinforcement required for the removable roof panel that became optional in mid-1986. (In Japan, lift-roof Supras were known as Aerocoupes, while export models were called Sport Roofs.)

If we consider only export models, the third-generation Supra’s mechanical specifications are straightforward. All export Supras used Toyota’s 2,954 cc (180 cu. in.) 24-valve DOHC straight six, which had 200 hp in normally aspirated 7M-GEU form and 230 hp (later 232 hp) in turbocharged 7M-GTEU form, with a choice of five-speed manual or four-speed automatic transmission. ABS, TEMS and the lift-off Sport Roof were optional, although export cars didn’t get the Japanese models’ optional skid control system or digital instrument panel.

The Japanese domestic market (JDM) Supra line-up was considerably more complicated, thanks mostly to contemporary Japanese road tax laws. To keep the Supra in a cheaper tax bracket, JDM models offered an assortment of 2.0-liter engines and a 2.2-inch (55mm) narrower body with narrower wheels and tires than export models. (Some JDM Supras later offered the export cars’ wide body and wider tires to homologate them for Japanese touring car competition, but standard Supras slipped in just under the 66.9-inch (1,700mm) width limit for the domestic small car class.)

The third-generation Supra was a big, capable GT that acquitted itself well in Group A touring car events from 1988 to 1993. Even in production form, the 3.0-liter and turbocharged cars were respectably quick: Normally aspirated export Supras were capable of 0-60 mph in less than 8 seconds and top speeds of more than 130 mph, while the 3.0-liter Supra Turbo could reach 60 mph in well under 7 seconds and a top speed of 145+ mph. (Toyota claimed 150+ mph, but independent testers found that overly optimistic.) Unfortunately, the 2,954 cc engine was none too refined when revved hard and its ample power was offset by the Supra’s considerable weight, making the Supra little quicker than some less-powerful but much lighter rivals like the Mazda RX-7 and Porsche 924S.

Handling was a similar story. With their fat 225/50VR16 tires, export Supras had plenty of cornering and braking grip, but their size, mass and over-boosted, slightly anesthetized steering (mitigated somewhat on later cars by a new speed-variable power assist) made them feel a little ponderous. The Supra was relatively quiet and rode well for a GT, but it wasn’t as much fun to drive as Toyota’s smaller mid-engine MR2. The critical consensus was that the Supra had grown too big and too bland for its own good.

Nonetheless, the third-generation Supra sold very well: almost 60,000 units in its first year, close to 50,000 in 1987. Interestingly, early sales were stronger overseas than in Japan, but JDM sales increased dramatically in 1989 even as export business tapered off. In its later years, the Supra sold better at home than abroad, perhaps because the strength of the yen kept pushing the prices of export models ever higher. In all, Toyota sold more than more than 240,000 third-generation Supras through early 1993, very good for an expensive GT.

Unfortunately, the Supra would never reach those numbers again, despite the sleeker, trimmer, considerably faster fourth-generation model that debuted in April 1993.