Although the 1978–81 Toyota Celica XX/Supra sold more than 100,000 copies, about half of them in the U.S., it would be easy to assume that the next generation, built from 1981 to 1985, was actually the first Supra. It wasn’t, but it was the first to be exported beyond Japan and the U.S. and the first Supra to be marketed as a performance car rather than just a posh coupe. 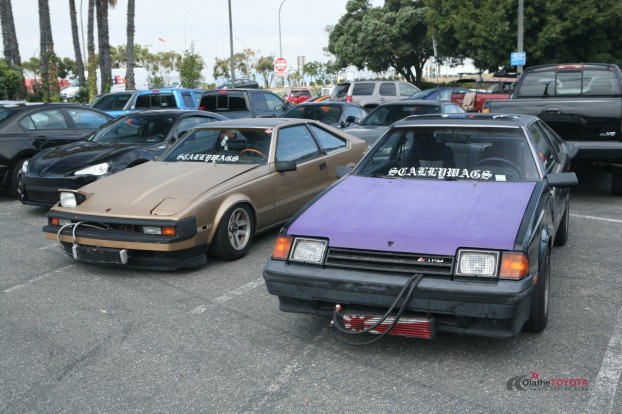 What follows is a short history of the 1982-1985 Celica/XX Supra, written by award-winning automotive historian Aaron Severson of AteUpWithMotor.com. Enjoy!

Like its predecessor, the Mk 2 Celica XX/Supra was a derivative of Toyota’s sporty four-cylinder Celica, which was redesigned in mid-1981. Unlike the previous generation, which was designed in California, the new Celica line was styled in Japan, trading smooth curves for an angular, self-consciously futuristic wedge shape. Some American reviewers found the look a little too busy, but it was definitely more aggressive than before, suggesting that the new model had taken a sportier turn. 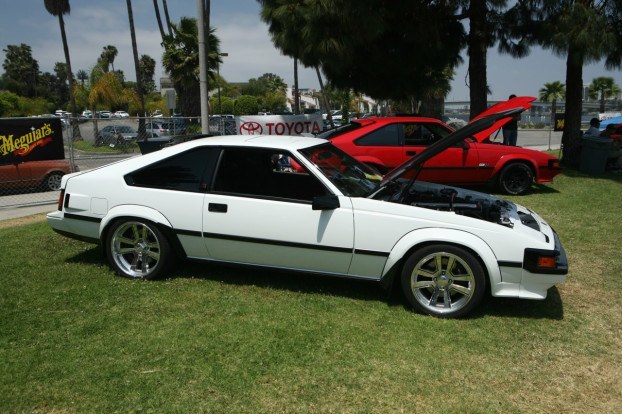 Photo was taken at ToyotaFest 2013

Structurally, the XX was a Celica Liftback with a 4.5-inch (115mm) wheelbase stretch and a longer nose to accommodate an inline six-cylinder engine, topped off with a different grille/headlight treatment. The XX used the Celica’s MacPherson strut front suspension, but had four-wheel vented disc brakes and independent rear suspension with semi-trailing arms and coil springs. The independent suspension had been introduced on upper-series Japanese-market XX models in late 1980 and was shared with upper-series Celicas and the new Soarer, another Celica derivative introduced in February 1981 to assume the previous XX’s personal luxury coupe duties.

Most export markets received only the 2.8-liter engine, although Australian buyers had to make do with the older SOHC 5M with only 140 hp. U.S. cars had the twin-cam 5M-GEU with 145 hp SAE, unexceptional for 2.8 liters, but much better than the 116 hp of the previous Supra (or the 96 hp of the U.S.-market Celica) and sufficient for 0-60 mph in around 9 seconds and a top speed of more than 120 mph. European cars had 168 hp, which shaved about a second off 0-60 mph times and brought top speed to more than 130 mph.

While the new Supra wasn’t the fastest thing on the road, it was a respectable performer for its time. Some turbocharged rivals like the Mitsubishi Starion were quicker, but lacked the Toyota’s midrange flexibility; V-8 pony cars like the Chevrolet Camaro and Ford Mustang (and in Europe, the Ford Capri 2.8i) had comparable or greater muscle but were far less sophisticated. 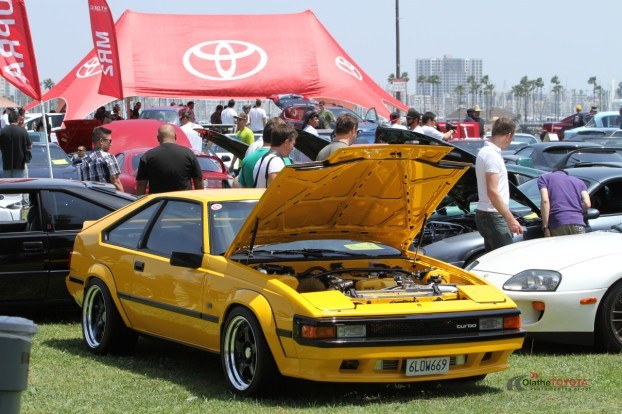 The six-cylinder Celica was well equipped — U.S. and British cars had standard automatic air conditioning, cruise control, and power windows — and offered novel options like digital instrumentation, inflatable driver’s seat lumbar support, and Toyota’s pioneering Navicom in-car navigation system (not offered in the U.S.). The XX/Supra was also quite refined for a GT car, had a high standard of build quality, and was attractively priced, undercutting rivals like the Starion and Datsun Fairlady Z/280ZX Turbo.

That was enough for many buyers and quite a few critics: The new car sold well and was Motor Trend’s 1982 Import Car of the Year. However, there was room for improvement. In less-demanding Japanese or American conditions, the XX/Supra handled well, but British reviewers felt its shock absorbers were too soft for high-speed work and bemoaned the semi-trailing arm suspension’s nervous at-the-limit behavior and penchant for sudden oversteer. The Supra was also less than reassuring on slippery roads.

Fortunately, Toyota had a solution. In 1983, the company had acquired a stake in the English sports car maker Lotus, which was commissioned to refine the European Supra’s suspension tuning. The results, introduced in early 1984, were a slightly stiffer ride and much-improved handling, although British critics still complained that the steering was too numb.

While U.S.-market cars didn’t receive the same suspension treatment, American buyers did get progressively more power: All U.S. Supras were boosted to 150 hp SAE for 1983 and 1984–85 manually shifted cars were up to 160 hp, making them nearly as fast as their European counterparts. The Japanese Celica XX also got more power; by 1985, the base engine was up to 130 hp, the Turbo to 160 hp, and the 2800GT to 175 hp JIS. 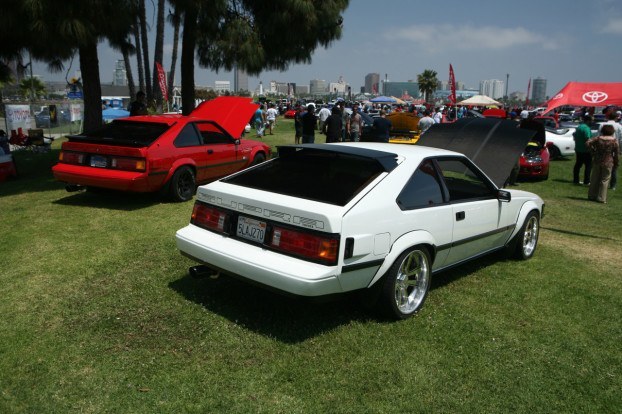 Photo was taken at 2013 ToyotaFest

There were few cosmetic changes during this model’s four-year run, although 1984 and later models got new taillights and body-colored rather than black front spoilers, hatchbacks, and rear bumpers. Some 1985 models also added a rear spoiler and a new rear sunshade that was smaller and less obtrusive than the original item, which had done the Supra’s otherwise-commendable aerodynamics no favors.

The Mk 2 Celica XX/Supra ceased production in the summer of 1985, although it remained on sale in some markets through the end of the year. This generation was quite successful for Toyota: Not only did the Mk 2 sell about 40 percent better than the original six-cylinder Celica, but those sales were also in addition to those of the mechanically similar Soarer, which did well in Japan.

Although the Celica was slated to switch to front-wheel drive in 1985, it was clear that Toyota was onto a good thing with the XX/Supra and Soarer. The next-generation models, introduced for the 1986 model year, would finally part ways with the Celica and receive their own dedicated six-cylinder/rear-drive platform — paving the way for the third-generation Supra, which would be the most popular of all.