Feeling nostalgic about old Toyota models? Us too. Here is our list of discontinued models everyone still loves. What’s yours?

It was for the Toyota Tercel.  Does it bring back the memories?  The Tercel is just one of several discontinued Toyota vehicles. 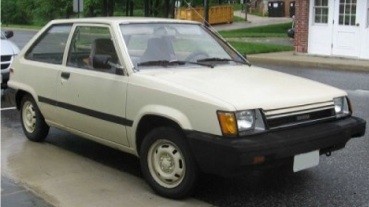 The Toyota Tercel: From 1978 to 2000, the Tercel was Toyota’s subcompact car.  The car saw five model generations.  The name in Latin means “one-third” as the Tercel was a slightly smaller car than the Corolla.  The Echo eventually phased out the Toyota Tercel in 2000.  You can still find Toyota parts for this vehicle online.

The Toyota Celica: The Toyota Celica was a four-cylinder sports car that was popular from 1970-2006.  In its more than 30 years on the road, the Celica had seven model generations.  In Latin, the car’s name means “heavenly” or “celestial.”   On the internet, you can still find Celica parts for this popular vehicle.

The Toyota Supra: The Toyota Supra ruled the road from 1978 to 2002.  Production of this fast sports car stopped in 1998 in the United States, but it continued to be produced in Japan until 2002.  The car started out as a variation of the Toyota Celica, but it became its own model in 1986.  There are been rumors that they may be re-released.  However, Toyota refutes these claims.

The Toyota Corona: Production on this car started in 1957.  While it was discontinued in the United States in 1983, it continued on in other parts of the world until 2002.  The Corona was a mid-sized car.  It had a popular run in the United States until the Camry replaced it, which was slightly larger.