A new chart comparing a 2016 Tacoma SR5 Doublecab 4×4 to the new 2017 Ridgeline Sport AWD does a great job of summing up three facts:

To simplify the comparison: Both trucks offer you good features and capabilities, but the Tacoma offers more at a lower price. 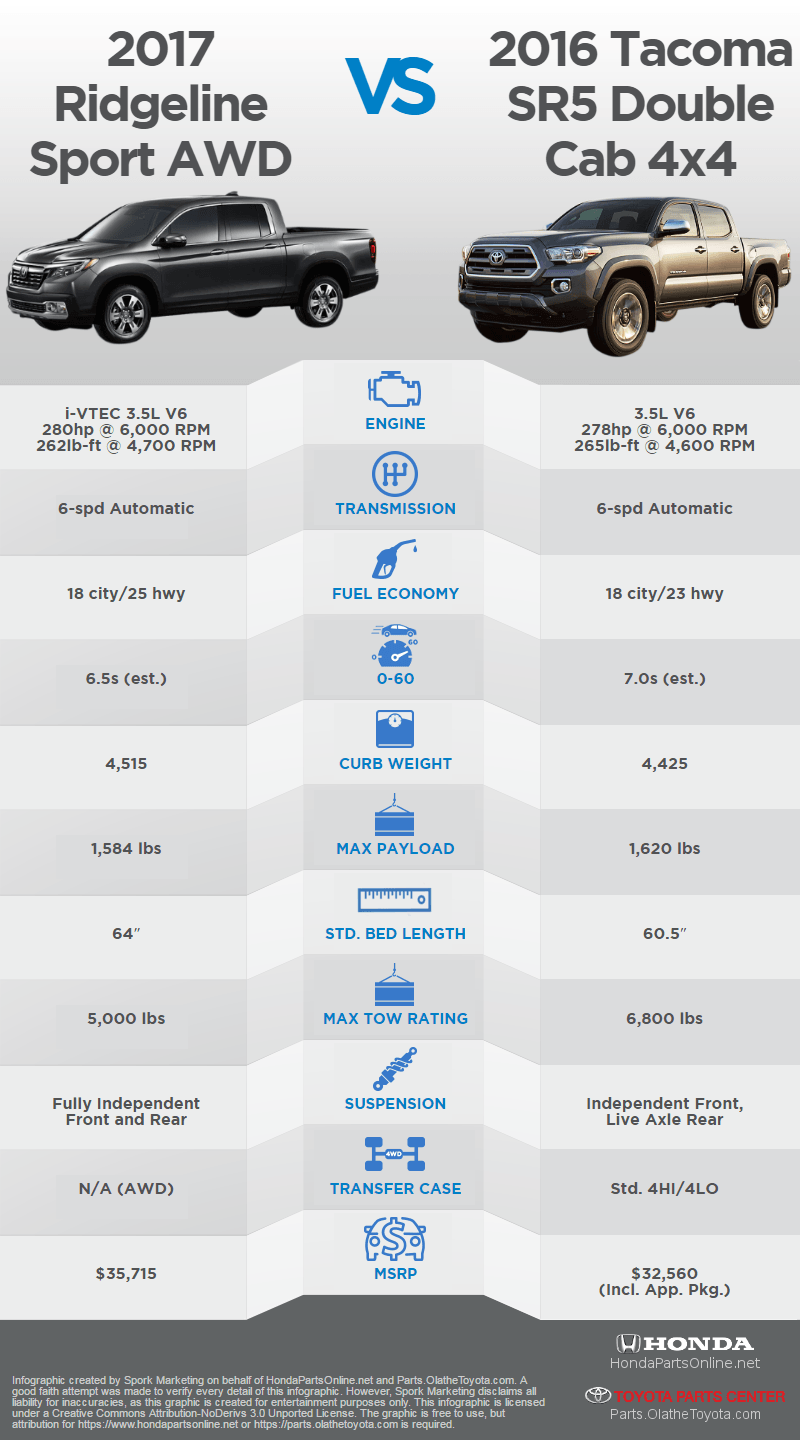 Getting Down To Brass Tacks 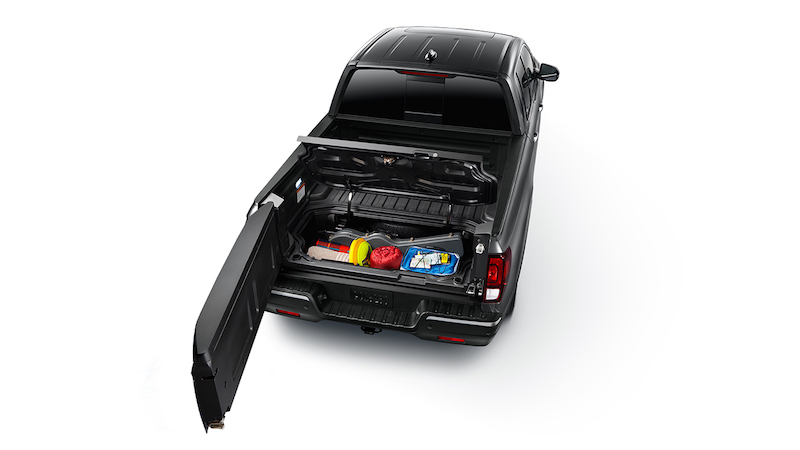 The Ridgeline’s in-bed trunk is clever. But putting the spare in there means that the bed has to be unloaded before you can change a flat. Image courtesy HondaPartsOnline.net.

Of course, this compartment contains a spare tire, and it sits underneath whatever cargo you have in the bed. So, if you get a flat tire while hauling a load of lumber – or you need to access whatever you put in your “trunk” – guess what happens next? You unload the bed on the side of the road until you can get that trunk open.

So…cool, but not that cool.

The other big differences between the Tacoma and the Ridgeline are related to ride quality and off-road ability.

If you don’t care about off-roading, the Ridgeline might be a good option. But off-roading is pretty popular with Tacoma owners, and the Tacoma is the best-selling compact truck on the market. We think off-roading is probably important to most of the people buying these trucks. 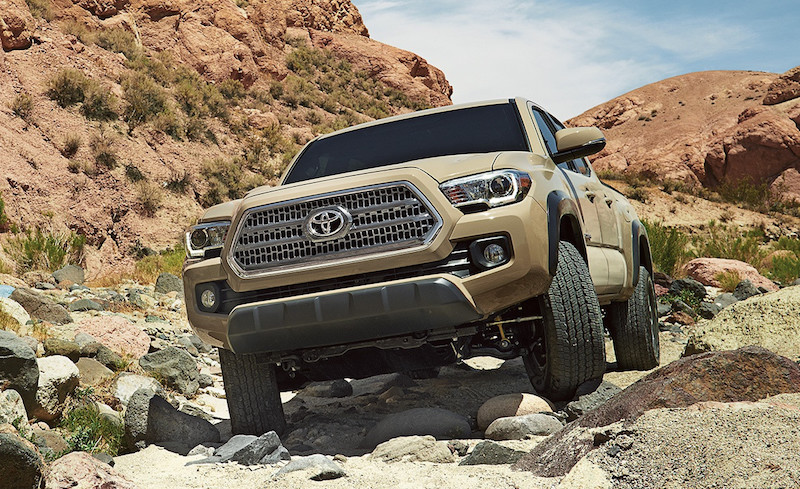 The Tacoma outperforms the Ridgeline off-road. The question is, will consumers care that the Ridgeline isn’t as great on the trail?

Finally, let’s talk about that price difference. When we put the chart together, we didn’t know much about the standard equipment at various trim levels. So, we took the mid-range Ridgeline trim (the ‘Sport’ package) and compared it to the mid-range Tacoma SR5. We added the appearance package to the SR5 to be as fair as possible to the Ridgeline in this comparison.

If it turns out that the Ridgeline offers $3,000 worth of additional options and features in the Sport package relative to our SR5 with appearance package, then the price difference will be worthwhile. But if not, the Ridgeline is a more expensive and less capable version of the Tacoma with a bit nicer ride.

We don’t think Toyota has anything to worry about when it comes to the 2017 Honda Ridgeline.