The Prius is a successful and iconic hybrid vehicle known throughout the world. Toyota decided to improve this vehicle in 2011 by offering it as a hatchback wagon. What an improvement it is. 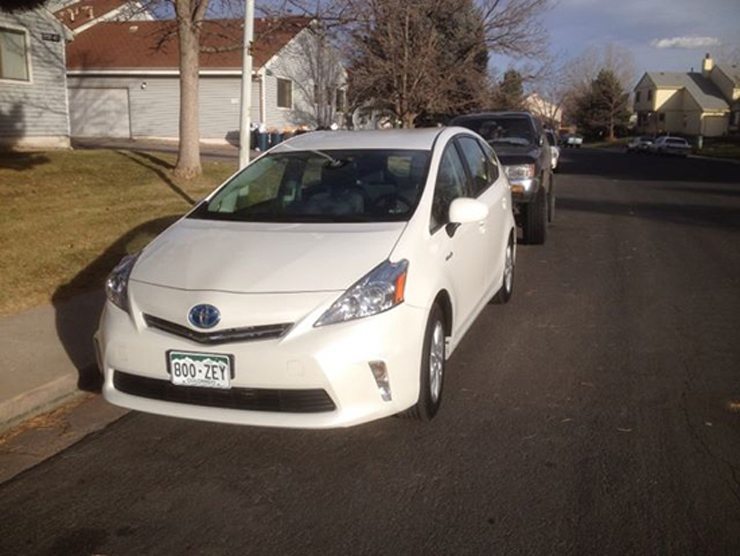 From the front, it is hard to tell it is a longer wagon than the base model.

Toyota has offered the base hybrid since 1997 and has sold close to 4 million units at this writing. It has become the cultural icon of the “green” movement and really symbolizes a shift in the automotive world. When automakers were going for bigger and more horsepower, the small Prius was a sharp contrast. Nowadays, the Prius doesn’t stand out so much like a sore thumb, instead, it is at the forefront of the movement to build more fuel-efficient vehicles.

The base and Prius plug-in are basically the same model with the later being a plug-in. The Prius C is the subcompact version of the Prius and the V is the larger hatchback wagon. Toyota also offers three different trim lines for the Prius V model which include two, three, and five. The basic differences are interior features like navigation and Entune systems. Our Prius V test car was in the middle of this range and came with the Hybrid Synergy Drive System, 1.8L DOHC 16V VVT-1 4-cylinder engine with power modes. It also included a driver smart key system (door unlocked when you approached), 6.1″ touch-screen with a backup camera, fabric-trimmed seats with lumbar and push-button start. It had a retail MSRP of $29,189. For fuel economy, the Prius V is rated at 44 city and 40 highway or 42 combined.

Initially, when I was set to get the Prius, I recalled a small car that was pretty blah-looking. Upon delivery, I got exactly what I had envisioned, a small car that was nondescript. However, as I drove it around, I noticed that it grew on me. While other hatchback and wagon models looked out of place in a parking lot, the lines on the Prius V didn’t make that stand out. In fact, upon closer inspection, I really started to notice how well built and put together the vehicle is. The exterior panels fit really well and the whole vehicle’s styling really works well together. It is still a wagon, yet it just doesn’t look like a wagon. 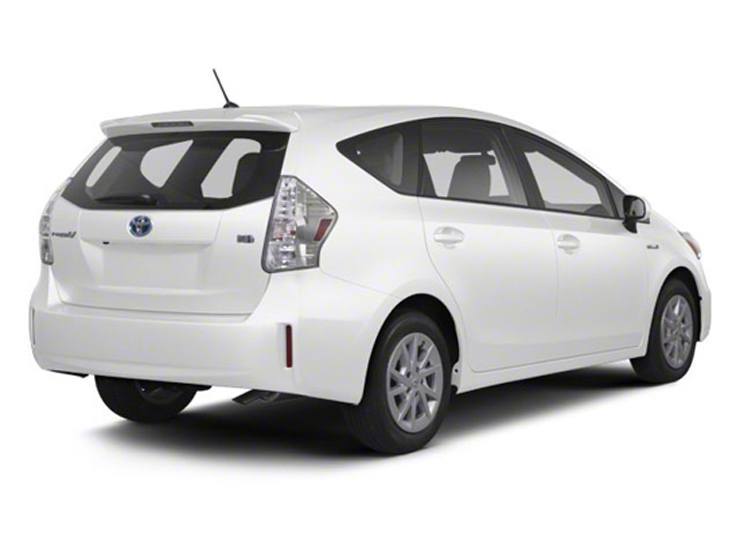 The rear liftgate blends really well into the exterior.

One of the big surprises for me was the tailgate. I was really impressed by how Toyota designed it to flow with the vehicle and not stick out. From the lights to the bumper, it is one good-looking vehicle, albeit not a stand-out one.

While the exterior comes across as dull (in a good way), the interior is different in its own good way. Unlike a “normal” car setup, the instrument panel is moved inline with the center of the dash. The power modes are on the armrest and the gear shift knob rests in the middle of the dash. It really takes a little bit of time to get adjusted to the interior, yet once you do, it works pretty well. 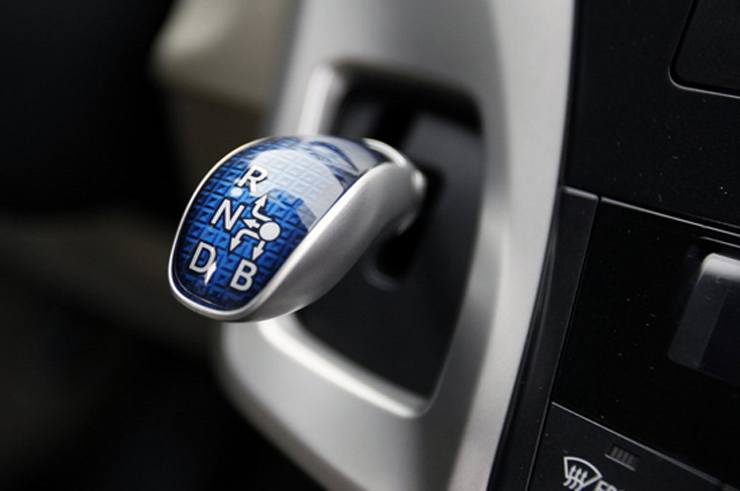 The strange shift knob takes a while to get used to.

One of the big items to get used to is the gear shifter. The little knob moves latterly and then vertically to select a gear. Once you select the gear, it resumes its normal position rather than stay where you left it. Odd, but effective. Also, there is a separate “B” gear selection that engages an engine brake for when you are descending down a mountain or need the engine to slow down the vehicle instead of the brakes.  I tried this selection a few times and found it to be pretty effective. 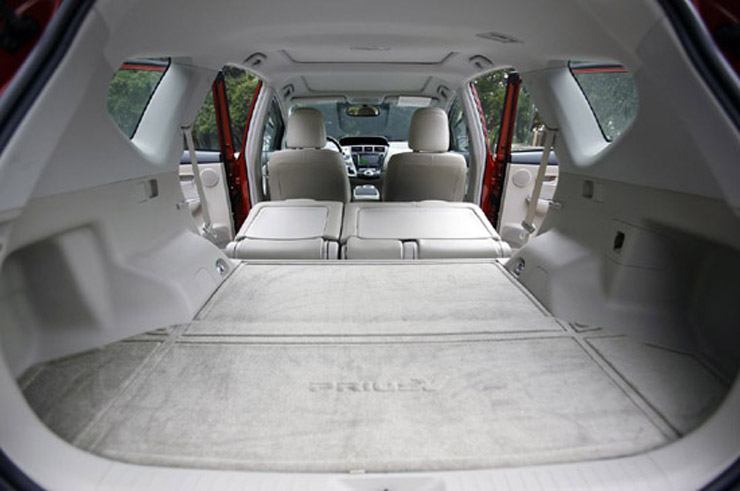 The interior space is quite large for a small car.

We can’t have a discussion on the interior without talking about all the storage space in the rear of the vehicle. The way Toyota recessed the opening to create a large area to place things and the fact that the middle row lays flat, creates a considerable amount of useful space. I was really quite surprised how many grocery bags were able to fit and still have room for more.

Overall, the interior is pretty utilitarian for me. There isn’t a lot of features and it is pretty basic. I had thought there would be more bells and whistles, however, the lack of them makes sense for the buying market.

Operating the Prius takes a bit of time. Sure you can just start it up and drive, yet to really maximize the vehicle, there are lots of things to get used to. For example, the Prius comes with three different power modes: EV, ECO, and Power. The EV is electric, ECO is a hybrid between EV and gas that maximizes fuel economy and Power is akin to a “sport” mode. With these modes and the option/challenge of driving on all-electric, it changes your driving. It almost feels like you are more of a pilot and need to choose your route, power mode, and fuel economy goal before you depart.

The car is nimble even though it is longer than the normal Prius. I never felt like I was in a larger car and I had zero problems navigating into parking spots, parallel parking, or changing lanes. I did have to plan a bit more when driving since it simply lacks a lot of get-up and go.

In the end, the lack of HP, the driving modes, and the challenge/fun of trying to keep it in EV mode presents a different driving experience. Essentially, if you are OK with going a bit slower and pre-planning your trips a bit, it is a perfect vehicle. If you like to romp on the gas and turn the key and go, not so much.

There are lots of different hybrid models on the market now to choose from and while the Prius is higher than some, the overall combined fuel economy is hard to beat. Next time you are shopping for a new car, you better give the Prius V a look, you won’t be disappointed.