Word has come down from Toyota that, due to earthquake damage, a small number of replacement parts (about 200) are going to be under “controlled allocation” for the next few weeks or months. The parts fall into the following categories:

As Toyota reported yesterday, the vast majority of the factory Toyota parts we sell at Parts.OlatheToyota.com are in strong supply and, at this point, we do not anticipate any major problems acquiring replacement parts. 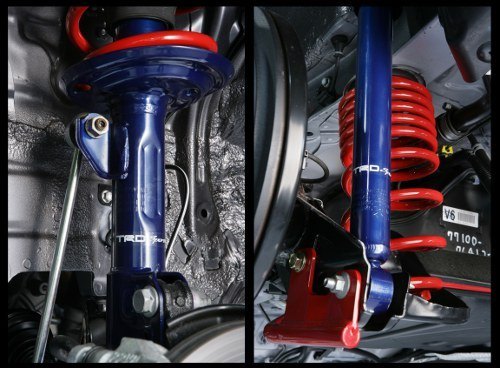 However, we are hearing rumors that parts supplied by Tier 1 suppliers may be added to our controlled allocation list next week (we’ll have more info this weekend).

When a part has controlled allocation, it means that Toyota dealers can not order that part unless they have a specific customer ready and waiting for that part. “Stock” orders – which are parts that we order from Toyota to hold in stock – are not allowed.

As many consumers may or may not know, numerous Toyota replacement parts are in controlled allocation status from time to time. This is a fairly normal part of our business, and we do not anticipate major problems in getting customers the parts they need.

This is good news, because Toyota requires dealers to use genuine Toyota replacement parts for all warranty repairs, and we are encouraged to use them for all the work we complete. This is because of Toyota’s commitment to parts quality – our genuine OEM parts are second to none in terms of quality and reliability.

eBay can be a great place to find a deal on an auto part, but it can also be a great place to lose your wallet. Because of the recent crisis in Japan and the subsequent reports of parts shortages (many of which are greatly exaggerated), we’re concerned that some unsavory characters might be emboldened to try and rip people off.

If you’re looking at buying an auto part on eBay – or any other website – remember that only Toyota dealers can sell genuine Toyota parts for all makes and models. If the company that’s selling you parts isn’t associated with a Toyota dealer (Parts.OlatheToyota.com is part of Olathe Toyota in Olathe, KS), be very careful.