Recently, Toyota announced a new “Integrated Safety Management Concept” that signposts the future of safety at Toyota. Essentially, many Toyota vehicles will offer many or all of the systems outlined below by the end of the decade. Not only do these systems increase the likelihood of safe, accident-free commuting, but they also lay the groundwork for autonomous, self-driving systems. 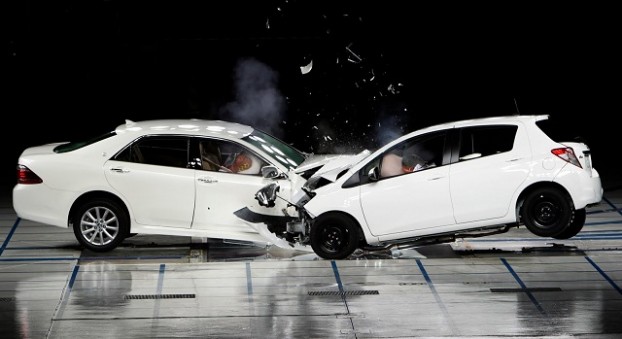 Above and Beyond With Safety

The first out the of the three, Dynamic Radar Cruise Control, utilizes a 77GHz millimeter wave radar located on the front grille that allows drivers to maintain speed and distance between them and preceding vehicles more comfortably when using cruise control.

Next is Lane Trace Control, a technology that utilizes the same grille-mounted radar in tandem with a forward-facing camera. The two components work together to detect lane markings on the road as well as vehicles in front of the driver, which then turns into an appropriately calculated driving path. The vehicle’s steering angle is then automatically adjusted to ensure the vehicle stays in its lane while keeping its distance from the vehicle in front of it.

Last but not least is the Predictive & Interactive Human Machine Interface, which some may find very intriguing, but also may come to find themselves yelling at the car “alright, alright!” like they do currently when the seat belt signal goes off telling you to buckle up.

The system’s responsibility is to keep tabs on whether the driver is paying attention to their surroundings. Aside from the system providing advanced preview information regarding the roads geometry, it also monitors the driver’s level of focus thanks to an infrared camera enabling comprehension of the drivers face direction, and allowing the system to understand if the driver has full contact with the steering wheel. If the driver’s hands are not on the wheels, or their eyes are directed anywhere but forward, the system will let the driver know.

Features expected to come from Toyota’s new lineup of vehicles don’t stop there, though. The new safety systems will also include technologies such as Toyota’s Intelligent Adaptive Front-lighting System (AFS) that changes the vehicle’s headlight direction based on the cornering angle of the road, Night View that allows detection of objects and pedestrians at night, and a 3D Heads-up Display that provides critical information to the driver regarding road conditions, road signs, and positioning using a ground breaking approach that uses complete 3D renderings placed on the front windshield.

Toyota expects to offer these new safety features with its U.S. vehicles by 2017, where they will be able to promptly assist the driver in each stage of driving using their “integrated Safety Management Concept” and integrating each systems fitted for each stage of driving.