GM has issued a controversial recall on 1.6 million vehicles due to an ignition switch issue. The controversy surrounding the recall deals with the time lapse of the recall. Could GM be facing a $35M fine and public outlash? Most likely. Here is what you need to know. 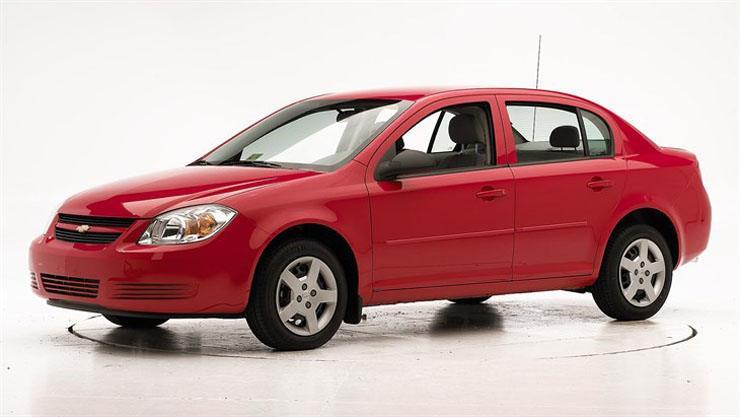 GM has issued a massive recall for an ignition switch issue on cars like this 2005 Chevy Cobalt. The big news though is how long they waited to issue it.

The problem: The ignition switch is not sturdy enough, so the key can be jostled out of the “run” position by a heavy key chain or the motion of a car running off the road, cutting power to the car and potentially causing the airbags not to deploy in a crash.
The fix: GM will send a letter to owners the week of March 10, with the first parts available in early April. Until then, owners are advised to use the ignition key with nothing else attached.
Affected models: 2003-07 Saturn Ion, 2005-07 Chevrolet Cobalt, 2006-07 Chevrolet HHR, 2006-07 Pontiac Solstice, 2007 Saturn Sky, 2007 Pontiac G5; 2005-06 Pontiac Pursuit (Canada only), 2007 Opel GT (Europe only)
Scope of recall: 1.6 million cars, including 1.4 million in the United States
Known incidents: 31 frontal crashes in which 13 front-seat passengers died.

Apparently, GM has known about the problem going way back to a field report in 2005. After receiving the report, GM changed suppliers and approved changes to the design of the part the following year. This new part went into the 2007 model year vehicles. They didn’t, however, recall any of the older vehicles to switch out the part.

While the not issuing a recall isn’t terrible, what is bad is that GM didn’t even start a formal inquiry until 2011 – 6 years after receiving the first report.

Knowing about a problem for years and not addressing it has the National Highway Traffic Safety Administration pretty concerned. They have launched their own formal investigation and if they find GM didn’t move in a “timely” manner, they could issue a fine as large as $35 million.

The pending investigation and the poor handling of the issue has GM in full damage control mode. Senior executives are making rare public statements about the issue and are trying to win over the court of public opinion. Here is one such statement.

“The process employed to examine this phenomenon was not as robust as it should have been,” GM North America President Alan Batey said. “Today’s GM is committed to doing business differently and better. We will take an unflinching look at what happened and apply lessons learned here to improve going forward.”

Batey has wrote an op-ed in USA Today as well.

“We want our customers to hold GM and our vehicles to a high standard,” Batey wrote. “If we don’t measure up, there is a senior leadership team in place that is not afraid to act to make things better.”

While recalls are pretty common these days in the automotive industry, the ones that could cause harm are not. Handling these recalls is priority #1 for automakers and they get the full attention of the NHTSA. One thing is for sure on this recall, the NHTSA is watching GM very closely.

Is your vehicle affected? Have you had any issues? Let us know.