Lexus is making a jump into the world of turbocharged, small displacement engines with a very sporty crossover concept called the Lexus LF-NX Turbo. This concept opens a very exciting chapter in the future of Lexus turbocharged engines. 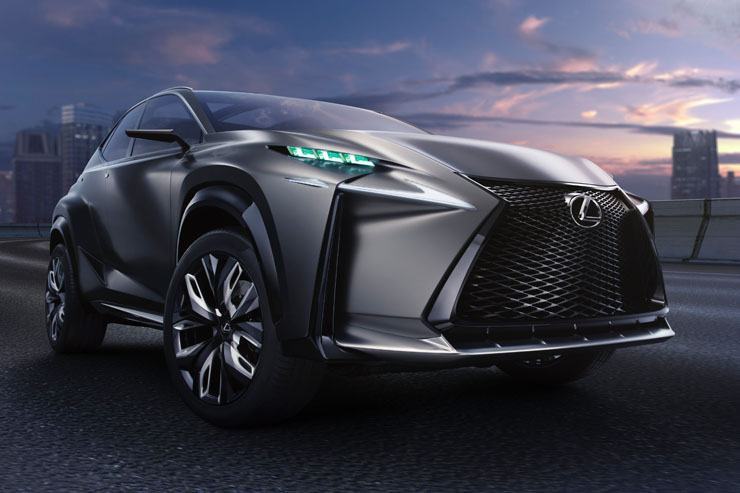 A striking concept from Lexus will include their first turbocharged engine.

First appearing at the Frankfurt Motor Show, the LF-NX HV concept was a radical looking vehicle. Now joining that concept is this 2.0L, 4-cylinder turbocharged gasoline engine version. It is the introduction of Lexus plans to expand into turbocharged engines that are more fuel efficient and smaller than larger, non-turbocharged engines.

The LF-NX Turbo concept uses the small displacement engine with many advanced technologies. Lexus says it will use their “advanced high tumble port, fan spray fuel injection, D-4S and VVT-iw combustion technologies with a cylinder head-integrated exhaust manifold and a twin scroll turbocharger with an active wastegate valve.” 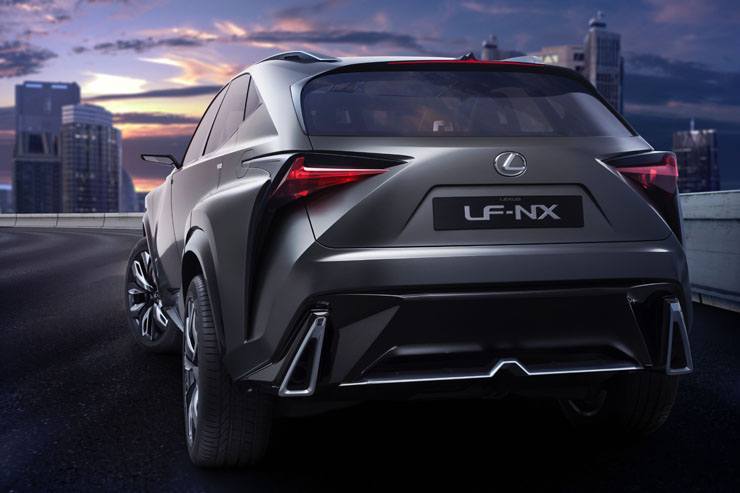 The rear matches the diamond shape design and cuts a striking image.

This technology aims to optimize the engine for a high level of performance with fuel efficient and clean exhaust. Lexus says simply that the new powerplant “targets a fast throttle response and exhilarating performance while demonstrating outstanding fuel efficiency.”

The exterior design is bold and a bit exotic. It’s goal is to expand Lexus’ current styling and move it further into the future. With such a bold styling, Lexus is hoping to bring more distinction and styling to the premium crossover market. 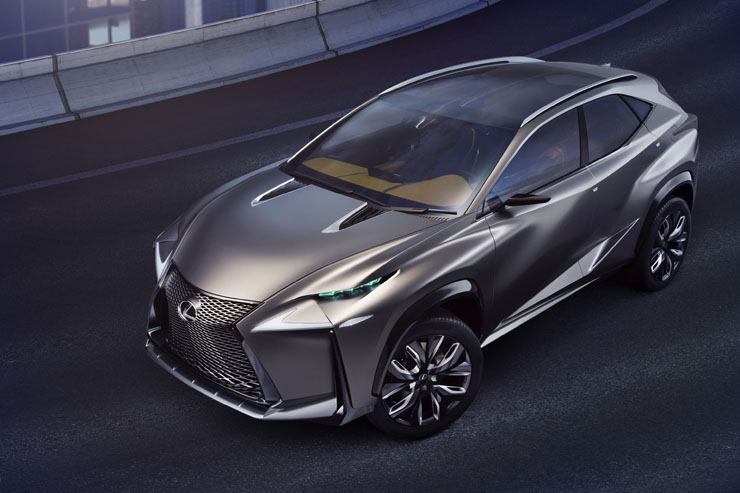 The Lexus LF-NX turbo concept is certain to turn heads.

Throughout the design is based on creating a “powerful, diamond-shaped body which flows from the front grille through the belt line of the vehicle.” All of the styling from the bumpers, grille to the rear are meant to reinforce this image.

A new Brushed Metal Silver color was used to give it an appearnce of being made from one sheet of solid metal. The dark color is accented by a high-gloss black paint used on the lower bumper and a matte chrome-finished aerodynamic diffuser.

For the interior, Lexus is planning on using a continuation of its “Human Oriented” L-finesse design concept that is in both the LFA supercar and the new IS sedan. This design concept is aimed at creating a cockpit feel for the driver while having an ergonomic setup. This design has been largely applauded by lots of critics. 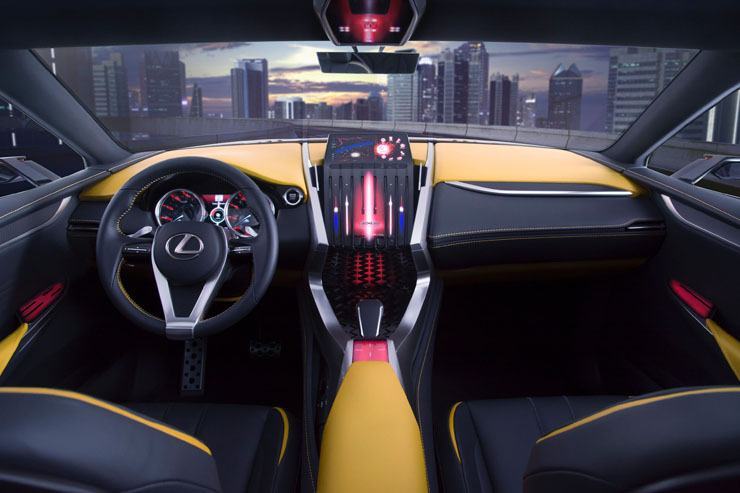 The radical interior includes all of the standard assortment of Lexus features. The most interesting feature is the center console which splits the rear seats.

The style inside is just as bold as the exterior with the use of Sunrise Yellow and Black leather upholstery with contrast stitching.

Also creating a buzz is the center console which is stretched throughout the cabin. This radical idea cuts out the small seat int the middle while offering additional storage options.

Lexus will also use its “Lexus Remote Touch Interface” for operating the interactive display. They will also continue the iused of the Human Maching Interface technology. This technology works to create two different zones for operation of the dashboard and is a carryover from other models.

Lastly, the interior will include an illuminated sporting red color to reinforce the performance aspect of the vehicle. This color will be used throughout the cabin including the roof, door, meters and navigation screen.

What do you think of this concept? Are you ready for Toyota turbocharged engines?