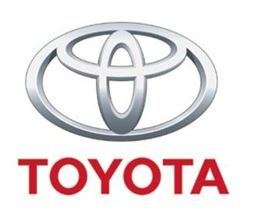 Last year was a period of recovery for Toyota. The automaker was still shaking off the vestiges of a catastrophic earthquake and tsunami that struck Japan in March 2011.

Today, Toyota is back on its feet and ready to crush the competition in 2013! Sure, we may be a little biased since we’re a genuine Toyota parts dealer, but here’s why we think you’ll believe us when we say 2013 is going to be Toyota’s best year ever!

1. New Vehicles – This year, Toyota has released an all new redesigned Avalon and RAV4. Plus it’s already building buzz at this year’s auto shows with announcements about a new Tundra and Corolla. The RAV4 is sleek and affordable starting at $23,400.  The Avalon’s design, performance and safety are next to none!

2. Sales Are Up – Toyota has finally recovered from the effects of the 2011 tsunami. It recently claimed the title of world’s largest automaker in 2012 from General Motors. According to the Wall Street Journal, Toyota’s U.S. sales are back to pre-recession levels. People are buying cars again, and they’re shopping for Toyotas.

3. Hybrid & EV Lineup – There’s been a lot of buzz about rival automakers coming out with hybrids and electric vehicles. In the end, none of them can match the number of choices and the level of quality that Toyota offers. The Prius lineup now has four different models. Toyota also offers hybrid cars and SUVs.

4. Easy Shopping – It’s a lot easier to buy a Toyota. Toyota recently revamped its website, which makes it a breeze to shop for a new ride whether you’re on a laptop, tablet computer or smartphone. Toyota is staying one step ahead of the technological curve, whether it’s a new website or the technology that it puts in its vehicles.

5. Better Quality – Toyota isn’t letting up on quality.  According to Consumer Reports, Toyota is the top seller of the most reliable cars in the U.S. auto market. Its three brands – Toyota, Scion and Lexus – swept the top spots in the report.

This year is going to be big for Toyota! What are your thoughts? Do you agree? Do you think we’re crazy? Leave your comments below.