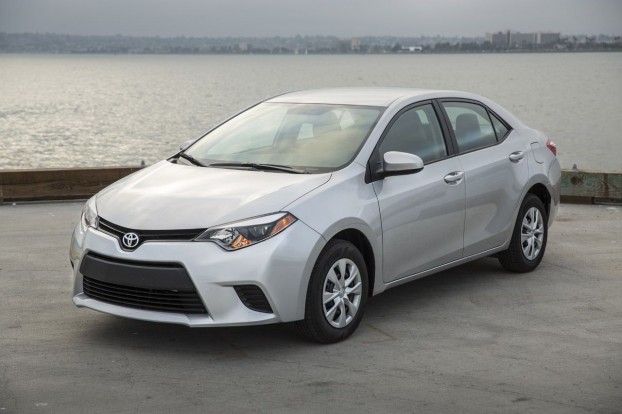 The 2014 Toyota Corolla has just hit car dealerships, but Toyota has bigger plans. Toyota is saying that it has plans to export the U.S.-built sedans to 18 countries in Latin America and the Caribbean in 2015. The Corollas are currently being built in the Toyota factor in Tupelo, Mississippi. Toyota built the previous version of the Corolla in the U.S. as well as the Camry, Tundra, and Highlander.

“These shipments are expected to build upon Toyota’s all-time record export of more than 124,000 U.S.-assembled vehicles to 21 global markets in 2012, an increase of 45% over the prior year,” said Jim Lentz, the CEO of Toyota’s North America Region, in Toyota’s press release.

Despite this increase, Toyota is still imports a good deal of its vehicles. About 22% of its vehicles sold in the U.S. were imported from factories abroad. Still, it’s a smart business move to push manufacturing operations to the U.S. when the Japanese yen fluctuates so unpredictably in value. It also makes good business sense because it’s much cheaper to ship cars from North America to Latin American than Japan to Latin America.

Back in 2011, Toyota released a similar announcement stating that they planned to export U.S.-built Siennas to South Korea. These mini vans came from Toyota’s manufacturing plant in Princeton, Indiana. This export indicated the first time that the Sienna was ever exported outside of North America. In 2011, South Korea made the countries that Toyota exported to up to 19.

Even earlier in 2008, Toyota started a plan to export the Sequoia and the Tundra to Latin America and the Middle East. So, Latin America isn’t new territory for the car manufacturer. Exports will continue to grow for these countries because of their fast-growing markets. We can expect more exports than there already are to the growing markets of Russia and China as well. Bigger cars like SUVs and trucks are becoming increasingly popular in regions like the Middle East, China, and Russia.

“Toyota’s U.S. manufacturing operations continue to grow as a key supplier of cars and trucks for global markets, which is only possible thanks to the dedication and high-quality work of our team members here. The Export of U.S. built Corolla sedans to Latin America and the Caribbean will help to further solidify our U.S. manufacturing base,” Jim Lentz said in the press release.

These business practices are good for the American worker since the manufacturing takes place in America, but is simultaneously not very good because that means that Americans aren’t buying the cars to stimulate the economy in that way. The Corolla is an all-around solid, reliable car that will be popular in any country that it is exported to.

Author Frank Rockwell is a car enthusiast and retired auto mechanic. When Frank isn’t freelance writing for treaddepot.com, he is helping his family and neighbors prepare their cars for the winter. So far, he has put winter tires on 20 different vehicles, but that’s the price you pay for living in Alaska.