Order guides are out, which means we’ve got lots of news to share. There have been a number of changes to the 2014 Corolla…but you’ll have to wait to find out about them. 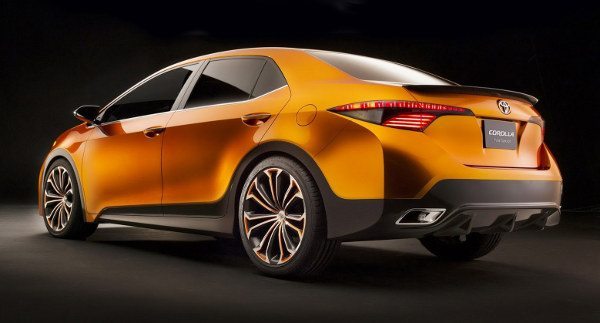 New Trim Packages All Around

The 2014 Corolla will be offered in four basic trim levels – Base, LE, S, and Eco. With the exception of the “base” model, these trims will come in a standard, “Premium” and “Deluxe” configuration, with the “Premium” being the top of the line option.

The “Eco” grade models will all include a “new” Valvematic engine (read more below).

The SE trim level is discontinued.

The venerable 4-speed automatic will still be available, but only in the base model. The rest of the line-up will either have a 6-speed manual or a new CVT.

The addition of a 6-speed manual is awesome, as it’s going to represent a major improvement in performance over the outgoing 5-speed. We’re told it’s sportier than the outgoing transmission, in keeping with Toyota’s stated goal of becoming a brand that’s more fun to drive.

The new engine is the existing 1.8L with Toyota’s Valvematic technology, which is continuously variable valve lift and timing. We’re told this is going to make for both better fuel economy AND more horsepower (we haven’t seen any MPG data yet).

Push button start will be available on the 2014 Corolla

The Eco Premium model will be sold with all the trimmings – heated front seats with Softex leather, a power driver’s seat, and optionally – when the EX package is added – a push button start and navigation. A moonroof and 17″ alloys will also be available.

The Eco Premium is shaping up to the top-end model, but it looks like any of the “premium” models will have Softex leather.

Magnetic Gray, Sandy Beach, Nautical Blue, and Tropical Sea Metallic are all out.

Slate Metallic, Blizzard White, Blue Crush, Brown Sugar, and 4Evergreen are all new colors, but some of them will be limited to specific trims or models. The Blizzard White will be a pearl tri-color, and it will only be on the Eco models.

That’s it for now – are you as excited as we are?