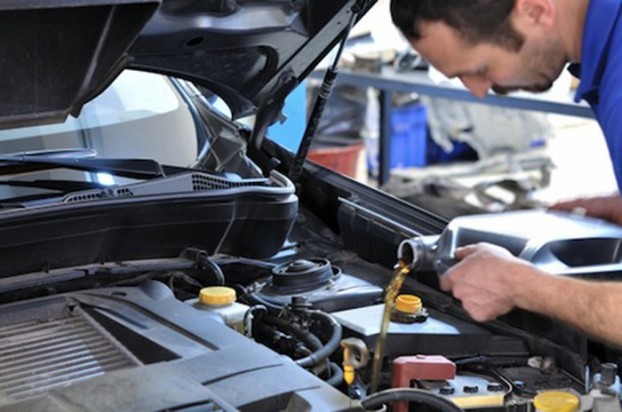 Is your new car losing engine oil? It could be the new lower weight oil to blame.

One of the first reports of this odd occurrence comes from Consumer Reports. In one of their test cars, a 2012 Porsche Panamera has been needing constant attention. Consumer Reports says:

Our latest car drinking oil is our $105,000 2012 Porsche Panamera, which is consuming a quart of 0W-40 motor oil about every 2,000 miles. With a 10,000 mile oil change interval, that’s five quarts of synthetic oil (at about $8 per) in between oil changes. Several of our drivers got caught out by low oil warning lights and went searching for this obscure lubricant at night while out on the town. And trust us, not every corner convenience store carries 0W-40-weight motor oil. When we talked to Porsche about this, they said this usage was within spec. But we think somebody who bought a $100,000 car probably expects better.

Finding, buying and storing light-weight oil is not ideal, not ideal at all. Especially when you own a luxury vehicle like a Porsche. Just it is happening in other vehicles too like a Volkswagen Eos and a Subaru Impreza according to the Consumer Reports story.

Why would this happen?

A mechanic told us it is due to changing engine components. He said the new engines use a lower tensile strength piston ring. This ring is perfect for obtaining better fuel economy and is why 0w-20 synthetic is recommended for several 2010+ Toyota vehicles.

The problem seems to be that the new oil rings don’t seal as well as other engines and oil is seeping out.

According to our mechanic contact, Toyota’s “normal specification” for oil consumption is 1 quart every 1,200 miles. This means if you change your oil once every 10k miles, you could be faced with a low engine oil situation.

While, we haven’t heard of this being a big issue, it is something to keep an eye on.

Have you had an issue? Let us know below.