This 1997 Jeep catches the eye with its LED headlamps, off-road bumpers, and the huge turbo sticking out of its custom hood. 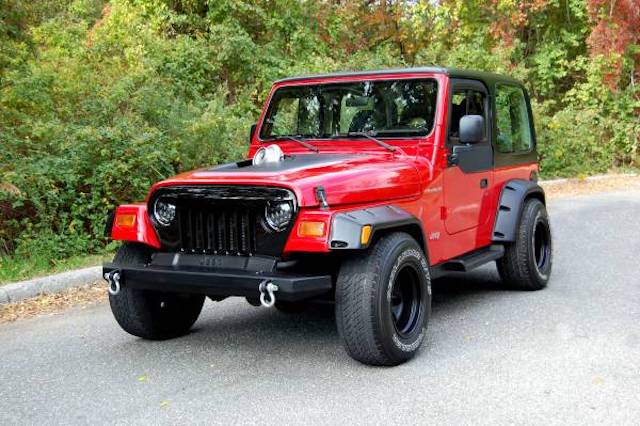 But this Wrangler’s secret weapon is what's under the hood - a straight-six Toyota Supra motor. This 350hp motor is a huge upgrade from the ’97 Wrangler’s stock engine, which produced up to only 181hp.

The Jeep still has its original five-speed transmission, and its owner, a car enthusiast in Los Angeles, connected it to the Supra motor with a custom adapter.

The owner is selling it on Craigslist for $20,000. It’s a pretty great deal, even for a 20-year-old Jeep, because it sports about $90,000 of mods on the body alone, and then some more on the interior and under the hood. 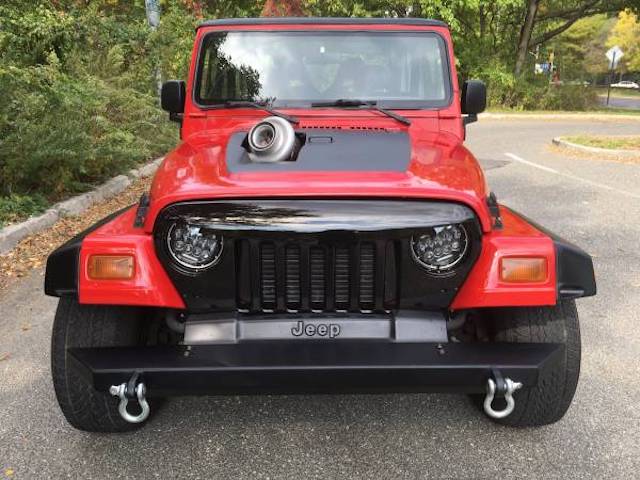 With all the mods done to the body, no one would ever guess how old this Jeep really is. The bold red paint job, along with a shiny new grille, off-road bumpers, and Rubicon fender flares, has the Jeep looking brand new. The Jeep also has an XTI spare tire holder mounted to the back. 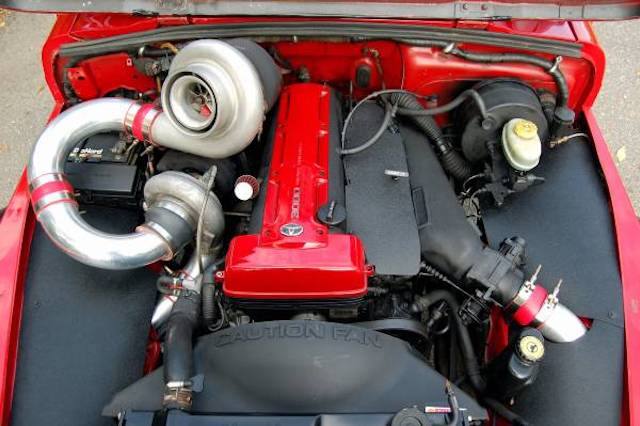 The owner boosted this Wrangler’s performance even more with a GReddy intake manifold, an HKS blowoff valve, and fairly new brakes and suspension. Under the Wrangler's chassis are welded rear differentials, custom Mickey Thompson wheels, and Yokohama AT tires. 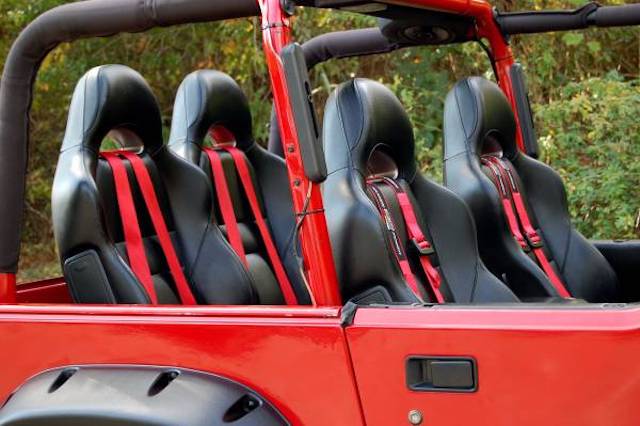 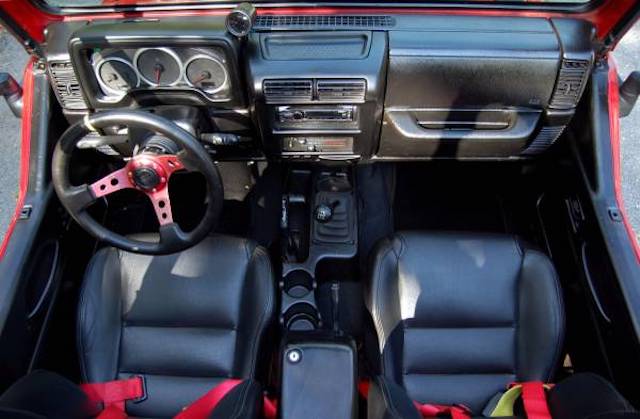 The black interior alone is something to write home about. You can see hints of the original interior components, but the most eye-catching parts are the custom mods, including:

The seller mentioned that there needs to be some wiring work with the gas gauge. The heater lines need to be installed, as well.

You get the best of both worlds with this Supra-powered Wrangler; you can take it off the beaten path because, well, it’s a Jeep, and you can take advantage of its under-the-hood mods to fly down the road. Could it get any better than this?

Last we checked, it's still for sale. We'd snag it if we could!