Toyota has a weird new option for its overseas customers. For only a few hundred dollars more, they can get a paint job that will help keep the car cooler. This odd technology is pretty brilliant, if you think about it. 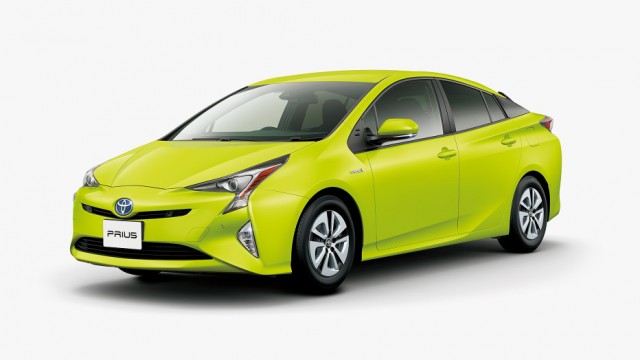 Currently only available in Japan, Thermo-Tech Lime Green is more than your average bright paint color. Toyota has removed the carbon black particles found in paint, and replaced them with titanium oxide. The result is an increase in the solar reflectivity of the vehicle. This means the Prius doesn’t get as hot, therefore drivers won’t have to use their a/c as much. The byproduct of that is better fuel economy, which is a big deal to all Prius owners.

Temperature control seems to be the latest element in the war to get the most out of a gallon of fuel. It’s a logical place to look for improved mileage. According to the Department of Energy, running your a/c in hot weather can cost you up to 25% in fuel economy.

“White paint also does a good job of keeping the sun’s heat at bay, but Toyota actually says that its Thermo-Tect paint outperformed white in a two-hour summer test outdoors. Basically, this technology means that you might be able to get the color of your choice on your next car and still reduce your AC use. Granted, lime green may not be your first choice, but there doesn’t seem to be anything stopping Toyota from rolling it out to other colors as well.”

Hopefully, this technology will make it to other markets soon enough. If it does well in Japan, it’s hard to think it wouldn’t find its way to the United States.

Want to know more about how using the a/c effects your fuel economy? We’ve touched on the subject before, check it out here to pass the time until the color technology reaches the USA.