When was the last time you thought about your vehicle battery? Odds are pretty good, it’s been a while. The battery is just one of those parts no one thinks about, despite its importance. We all know what purpose it serves, but few of us know how to take care of it or how long it should last.

Here’s what you need to know about your Toyota’s battery, both in terms of how long it should go and how to protect it. We’ll also answer some of the same questions about the Prius battery system too. 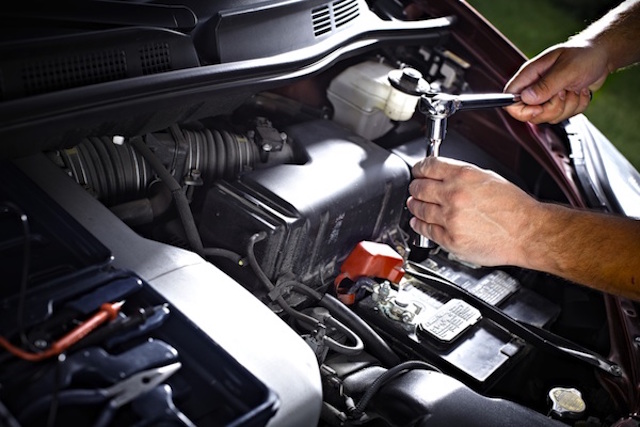 The standard car has what is called a lead-acid battery. These batteries contain plates of lead and plates of lead dioxide. The plates are submerged in a solution of roughly one-third sulfuric acid and two-thirds water. The chemical reaction between the solution of sulfuric acid and water and the lead plates produces electricity. There are six cells in a standard battery that produce roughly two volts each. Therefore, the battery produces a total of twelve volts. The battery can be recharged, which reverses the chemical reaction.

Lead-acid batteries can fail for any number of reasons:

But most of the time, lead-acid batteries fail because they’re old. New vehicle batteries last 3-5 years on average, assuming they’re cared for properly.

Finally, extreme temperatures can shorten battery life. If you can keep your vehicle garaged, your battery will probably last a few months longer (at least if you live in a climate where there are very cold or very hot temperatures during the year).

What About Toyota Prius Batteries – How Long Can They Last?

The high voltage battery, on the other hand, is what makes the hybrid powertrain “go”, and it’s a nickel-metal hydride unit that should last for 150k miles (or longer). Many first-generation Prius owners have gone over 200k miles without any substantial change to battery performance. Tests by Consumer Reports have found that the batteries on ten-year-old, high mileage Priuses had not lost any of their power or efficiency. New or newer Prius batteries are even more advanced than these 1st generation units.

Finally, if or when it’s time to replace the hybrid battery pack, pricing is reasonable. Your old pack can be recycled, and you’ll often be given a discount on your next Prius battery if a failure occurs and you ‘trade in’ your old non-functional unit. Currently, most replacement Prius batteries are sold for about $2500…not cheap, but not so expensive that a vehicle with a bad battery must be scrapped. (see GreenCarReports for more info about repair costs and frequency, and of course, you can check our Prius part pricing here).