Suck. Squeeze. Bang. Blow. The familiar Otto cycle’s rhythm and pattern has remained a fixture of the modern engine, and that’s largely been the case for nearly a century. While it’s true that the modern engine has evolved tremendously since the early days – from high advanced fuel management systems to considerably more efficient rings, bearings, etc – the 4-stroke Otto cycle has remained.

Yet despite the Otto cycle’s dominance, there have been flirtations with other options. Toyota’s Atkinson cycle hybrid engines, for example, have enjoyed some success when paired with a hybrid battery pack and powertrain. Wankel rotary engines have been a favorite among enthusiasts since Mazda brought them to market in the late 60’s. 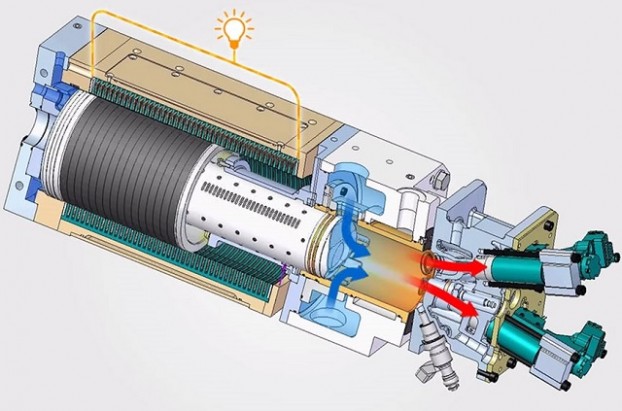 The Potential of the FPEG Concept

The name Free Piston Engine Linear Generator (FPEG) sounds intimidating, the basic concept behind the engine is rather simple. There’s one long cylinder that’s sealed on both ends, a double-sided magnetic piston inside the cylinder, two combustion chambers (one at each end of the cylinder), and then a couple of electrical coils that surround the cylinder (one on each end).

As one combustion chamber detonates, it pulls in and then compresses the air/fuel mix in the opposed combustion chamber. This results in a rapid back and forth motion for the double-sided piston, which in turns generates electricity. 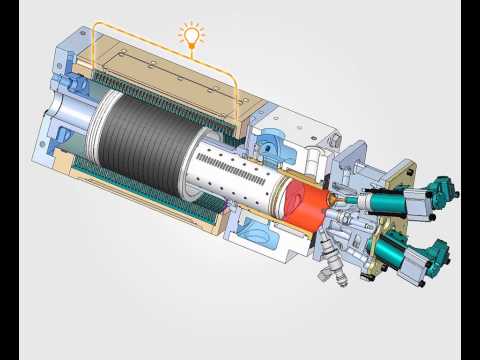 NOTE: The video shows a single-sided FPEG rather than the double-sided unit described. You can probably imagine how two of these could be arranged to share the same piston.

There’s no crank involved, no bank of cylinders to manage and balance, a minimal valvetrain, and fuel flexibility (gas or diesel), all of which improves efficiency. It’s too early to speculate about the FPEG’s possible efficiency, but it’s safe to say it would exceed the efficiency of any engine offered today.

While the FPEG doesn’t generate a lot of torque, it’s great for generating electricity…which makes it a logical compliment to Toyota’s hybrid vehicles. The FPEG likely won’t be seen in a production vehicle for a few years (if ever), but Toyota believes the FPEG could eventually replace the Atkinson cycle gas engines found in today’s Prius.

Will We See the FPEG In The Real World?

It’s too early to say if Toyota’s FPEG concept will see the inside of a dealership showroom. On one hand, the FPEG engine promises considerable efficiency. On the other, it’s a dramatically different approach to a problem that existing gasoline and diesel engines already solve fairly well.

Still, if the FPEG makes it out of the research phase (meaning Toyota finds a way to make an affordable FPEG), it would be small, highly efficient, and highly durable. That’s usually a good formula for small car engine. It may be that FPEGs are used as a back-up power source for plug-in electric vehicles, or it may be that Toyota figures out how to use FPEGs as a primary source of electrical power for battery-electric vehicles.

Regardless, one thing is certain: If anyone can make the FPEG concept viable, it’s Toyota. After all, a lot of people said the gas-electric hybrid vehicle would never be popular before the Prius came along.