Toyota is taking their new Fuel Cell Vehicle on tour throughout the U.S. The first stop is in San Francisco in front of a crowd filled with scientists. Will they see Hydrogen as a viable fuel source? 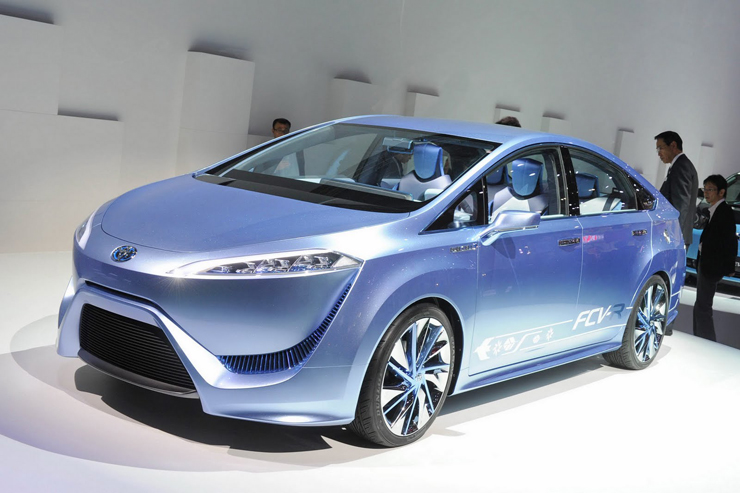 Toyota’s FCV vehicle is starting to make public appearances before it launches. Will the public buy it?

The annual meeting of the American Chemical Society will get the first exclusive peek of the new FCV according to a San Francisco Business Times article. This is vehicle is the first production model of the hydrogen-powered sedan and has generated lots of buzz.

Toyota’s FCV is remarkable since it emits no exhaust fumes besides harmless water vapor. Running purely on hydrogen allows it to be the ultimate “environmentally friendly” vehicle. Toyota also says it gets 300 miles per tank.

The plan is to release the vehicle next spring in Japan and then in California. Early estimates are that it will retail for $68,500.

Ultimately, the sedan is ahead of its time and Toyota knows this. There is currently no real infrastructure to support hydrogen-powered vehicles like their are for gas stations. By showing this vehicle off, Toyota is drumming up support and creating awareness. This will hopefully lead to legislators and private investment firms building an infrastructure.

Toyota has successfully swayed lawmakers in California who have committed $20 million a year for 10 years to fund the installation of up to 100 hydrogen stations.

Another company, First Element, plans to install hydrogen at gasoline stations. They believe they can be profitable in 5 years.

How much will it cost to fill it up? Nobody really knows quite yet. Recently, Bob Carter, a senior vice-president at Toyota Motor Sales, said he estimates it at $50 with future investments dropping it to $30, according to a GreenCarReports.com story.

Critics, like Transport Evolved, have pointed out that estimate of $50 is twice what it would cost to fill up a Toyota Prius covering the same distance. Yet, gasoline prices ultimately will continue to rise as fossil fuels get depleted and global demand rises.

For consumers, this car is intentionally a win-win-win. Fuel cell vehicles are potentially better because:

What do you think? Is Hydrogen a viable fuel source?