With the launch of the Mirai and an ambitious goal to reduce company-wide CO2 emissions by 90%, it’s fair to wonder what Toyota has in store for the Tundra and Tacoma. These trucks with their large displacement engines are among the most highly pollutant engines (in terms of CO2 production) in the Toyota line-up. Addressing their emissions output has to be part of Toyota’s future plans, which means that a hydrogen fuel cell powered Toyota pickup truck is likely at some point. 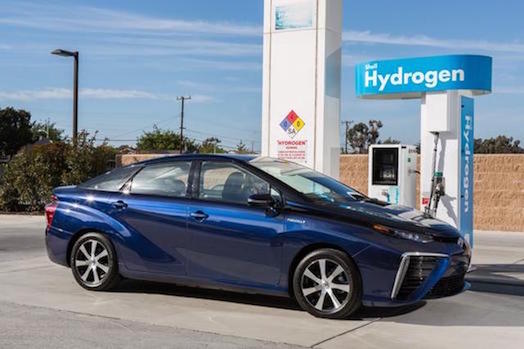 Hydrogen fuel cell powered vehicles are an attractive option for automakers because:

Toyota understands the need for zero emissions vehicles as well as anyone, and recent comments suggest they see fuel cells as the powertrain of the future. “Carbon dioxide emissions while driving will become close to zero,” Toyota Senior Managing Officer Kiyotaka Ise told AutoNews.com. “There will be a shift in the energy used by vehicles.” 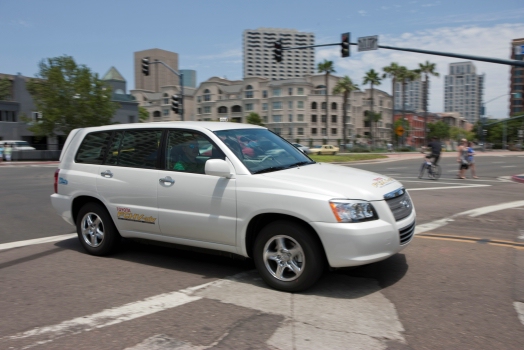 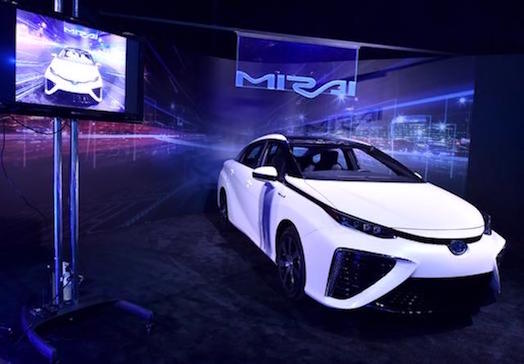 However, Toyota’s Yasuhiro Nonobe – general manager for fuel cell vehicle system design – has hinted to AutoNews.com that Toyota expects to be able to build a fuel cell powered vehicle for about the same cost premium as a diesel or hybrid by 2025 (if not sooner). This would make the cost of a fuel cell powered pickup $3,000 to $5,000 higher than a gas powered truck, a substantial yet acceptable sum.

Will a Fuel Cell Powered Pickup Haul and Tow?

Aside from cost, another problem with fuel cell stacks is their relatively low power output. Toyota’s first generation hydrogen fuel cell vehicle, the Mirai, is rated 153hp. The fuel cell stack in the Mirai puts out about 114kW of electricity to reach that horsepower figure, which is OK for a commuter car but not nearly enough power for a truck. Unfortunately, increasing the power output of a fuel cell stack isn’t as simple as making the stack bigger – improvements in efficiency are also needed in order to deliver the kind of horsepower figures truck owners have come to expect. 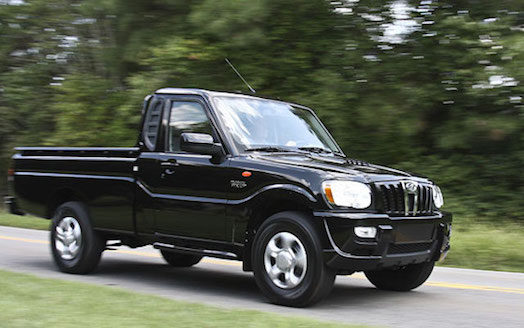 Still, a fuel cell powered truck would utilize an electric motor to drive the wheels, and that would make for incredible torque. Mahindra’s TR20 Pik-Up (which existed only as a prototype, sadly) offered a 5,000lbs tow rating and 2,500lbs of payload capacity behind a small diesel 4-cylinder rated at a measly 105hp and 182lb-ft of torque. A 200 or 250hp fuel cell stack paired with a stout electric motor ought to be able to double the tow rating (or at least get close). Acceleration, however, will not excite.

Still, a fuel cell stack is more thermodynamically efficient than an internal combustion engine. This means that a gas truck getting 25mpg could get as much as 40mpg running on hydrogen.* Assuming gas prices eventually go back up to $3 or $4 a gallon, switching from a gas powered truck to a hydrogen powered truck could be a great way to save money on fuel.

*NOTE: Hydrogen isn’t sold by the gallon, it’s sold by the kilogram. However, there’s such a thing as a ‘gasoline gallon equivalent’ or GGE unit of hydrogen, and for argument’s sake it’s anticipated to cost $3-$4 in a couple of years.

In light of these performance concerns, Toyota engineers are improving the power density of the fuel cells, meaning that they may find a way to create a fuel cell stack that puts out enough horsepower and torque to match-up well with a strong V6. That would make for a decent truck in terms of towing and payload.

It seems all but certain that Toyota will offer a hydrogen powered version of the Tundra or Tacoma in the next decade or so (perhaps sooner). While a hydrogen powered pickup with a 250hp motor and a $5,000 cost premium might not seem exciting, it’s likely to be snapped up by large fleet buyers who are always looking for a way to reduce emissions.

For now, however, keep an eye on the price of new fuel cell vehicles offered by Toyota, as well as their total horsepower rating. If you see a 200+ horsepower fuel cell vehicle offered for $5,000 more than a gas-powered version of the same vehicle, a hydrogen powered truck won’t be far behind.