Kelley Blue Book has given out its “5-Year Cost to Own Awards” and Toyota products are tops in 4 categories while Lexus is the top brand. These awards show consumers what products give them the best long-term deal. 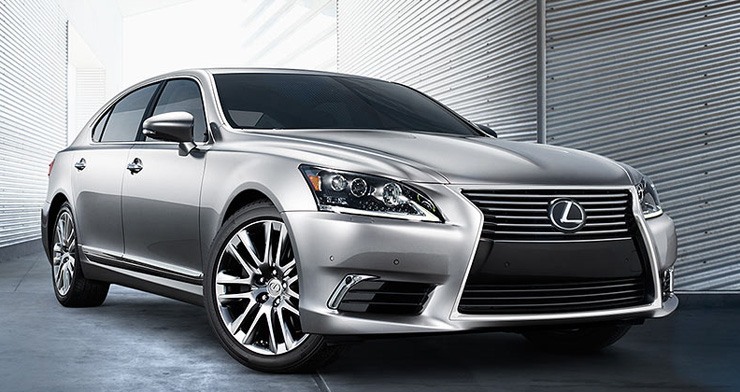 KBB says the Lexus IS line of cars is the top Luxury car to buy based on total cost of ownership.

These awards were developed to measure what the true long-term cost to own is for vehicles. With many buyers looking for a deal when buying the car, they don’t always calculate the ownership costs. KBB looks at the “combined costs of fuel, financing, insurance and, in particular, depreciation.” Learn more about cost of ownership on KBB.com.

KBB says: “From a long-term value perspective, the Toyota Corolla has it all: attractive pricing, low maintenance and repair costs, and renowned resale value. But the Corolla has also been totally redesigned for 2014, and it’s now roomier and more stylish than ever – and a 5-Year Cost to Own champion.”

KBB says: “The Lexus LS has long held court as the brand’s flagship sedan, and for 2014 it only adds to its esteem as the winner of the 5-Year Cost to Own Award for high-end luxury car.”

KBB says: “With its stellar combination of value, versatility and mileage-maxing potential, the Toyota Prius C easily rolled off with our 5-Year Cost to Own laurels in this increasingly significant market category. Boasting an entry price of less than $20,000, the smallest member of the world’s best-selling hybrid family has much to offer for anyone seeking a stylish and capable subcompact.”

KBB says: “When it comes to luxury vehicles for 2014, nobody beats Lexus. And when it comes to hybrid SUVs, luxury or otherwise, nobody beats the Lexus RX 450h Hybrid. We’ve already said so twice this year. First, KBB’s data crunchers honored both Lexus and the RX 450h with Best Resale Value Awards for being the Best Luxury Brand (for the umpteenth time) and Best Hybrid SUV/Crossover (for the umpteenth time as well). And now, the Lexus brand and the Lexus RX 450h also picked up 5-Year Cost to Own wins. Triumphs, really.”

KBB says: “Even though the mid-size pickup truck segment is currently short on options, the Toyota Tacoma still is a solid choice. The Tacoma has been a pillar of the segment across three decades, even when the Ford Ranger, Dodge Dakota, Chevrolet Colorado and GMC Canyon were all competing for mid-size pickup dollars.”

KBB says: “All hail the king of luxury brand value. This is the second year in a row Lexus has claimed the top brand title in our 5-Year Cost to Own Awards, just months after winning its fourth-in-a-row Best Resale Value Award for Best Luxury Brand. In addition to a features-per-dollar advantage versus its European competitors, Lexus vehicles also offer strong resale value, low maintenance costs and terrific fuel economy, thanks in part to the most hybrid offerings of any luxury automaker. And as good as the cars are, owners are just as likely to rave about the treatment they receive from their Lexus dealers. Is there another automaker that does so much so well?”

Do you own any of the cars honored? What do you think?