The new and redesigned 2013 Toyota RAV4 has gotten lots of publicity lately and for good reason. The newest publicity is that it was given an Insurance Institute for Highway Safety Top Safety Pick award and named a top SUV by Kelley Blue Book. Safe, reliable, and durable, what else does the RAV4 need? 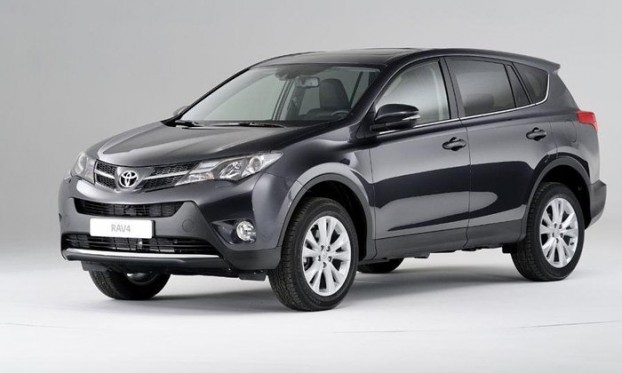 The new 2013 Toyota RAV4 is off to a great start by picking up awards and selling well.

The IIHS gives out these awards on an annual basis after extensive testing of the vehicles in their research lab. Toyota’s RAV4 performed well in all of its tests and earned a “Good” rating in the “moderate overlap front, side, rollover, and rear crash tests,” according to Cars.com.

The crossover also earned the largest improvement over last year in the roof strength test. According to Kristin Nevels from the IIHS, “the new model’s roof withstood a force equal to five times the SUV’s weight. The previous-generation RAV4, manufactured from 2006 to 2012, had a strength-to-weight ratio of 3.46, which equates to an acceptable rating,” she said.

Also, making headlines, is that Kelley Blue Book has named the RAV4 as one of the top 10 SUVs you can buy for under $25,000.

“Dressed in a sleek new suit for 2013 that boasts contemporary lines and loses the bulging rear-mounted spare tire, Toyota’s venerable compact SUV crossover returns in the fashionable form to the segment it created two decades ago. Under the sheet metal, the fresh RAV4 gains amenities to help you stay connected and comfortable, and technology to keep you safe and sound,” KBB reports.

The new RAV4 is already starting to sell really well and should be on the top of any SUV buyers list.

What do you think of the new RAV4? Anything you would like to see improved?