The Strategic Vision 2013 Total Quality Awards have been released and the Lexus LS, Toyota Tacoma and Toyota FJ Cruiser have scored the highest in their respective categories. These awards confirm the reliability, dependability and durability of these three models. However, these awards aren’t without controversy. 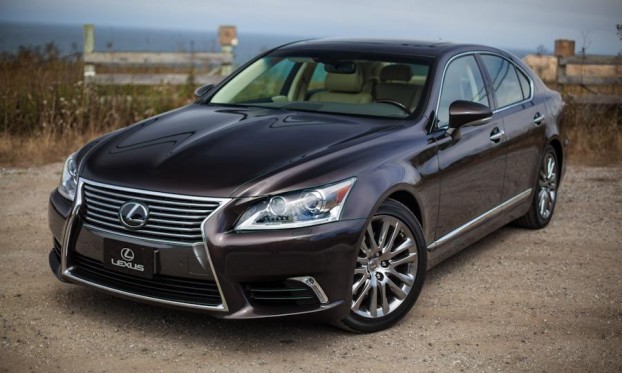 The Lexus LS has been named a Total Quality Index award winner in its respective category.

Each year, the San Diego-based Strategic Vision calculates a Total Quality Index for a variety of vehicles. The score is a combination of ” polling new-vehicle owners on problems experienced and satisfaction with numerous other aspects,” according to a Cars.com post. The index really is just a mix of the Consumer Reports and J.D. Power studies that is looked at another way.

“A lot of quality scores out there simply count problems, and they have no way to be able to determine the importance of the various problems out there,” Strategic Vision President Alexander Edwards told Cars.com. “We take a look at what are all the positive impacts plus the negative issues.”

This Total Quality Index found that the: Lexus LS scored 955 in the Luxury Car category; FJ Cruiser scored a 883 in the Entry Utility category; and the Toyota Tacoma scored a 847 in the Standard Pickup category. The top score for this index is 1000. The highest score obtained in the rankings is for the Chevrolet Corvette Convertible which was ranked at 959 points just 2 points ahead of the Porsche Boxster.

Awards such as this one are important for consumers looking for a new vehicle. A vehicle winning multiple awards from many different reliability indexes really reaffirms that this product is right for them.

This years awards aren’t without controversy though with many Dodge and Chrysler products winning their respective categories. These products have historically done poorly or OK on other indexes such as Consumer Reports. And Toyota products that generally rank the highest throughout the leading indexes only obtained 3 wins. Historically this hasn’t been the case with other rankings.

What do you think? Are the Total Quality Indexes more accurate than others? Should Toyota have won more categories?