Jim Press:  a long history and a bright future is swept away with one wrong choice.  Press started his career in the car business back in the late 1960’s with Ford. He eventually moved to Toyota 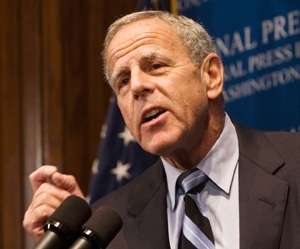 , where he would stay for the next 37 years, receiving honors that others only dream of receiving.

In his 37 years at Toyota, his responsibilities grew as he was given higher-ranked jobs.  He started out as just a regular old guy, but as the years passed, he eventually served as the President of Toyota Motor Sales U.S.A., as well as responsible for Toyota Parts and Toyota accessories sales, engineering, and the 15 manufacturing plants around the country. He was the first non-Japanese to hold that position. He was highly respected by everyone in the car business, not just because of his position, but of what he brought to the company.  Press made Toyota the second-largest car company in the United States.

In September 2006, the Chrysler Chairman and CEO Robert Nardelli announced that James Press was taking over the roles of Vice Chairman and President of Chrysler. After 37 years, Toyota’s “hero” soared away to join a new team.  Jim commented on how he ” wanted to be part of the growth of an American Icon. I was passionate about Toyota and will be passionate about Chrysler”

Jim Stayed with Chrysler for the next three years. Chrysler took out a loan from the government, hoping it would keep their company afloat. It didn’t last long, and Chrysler began to spiral downward towards bankruptcy. Press started closing down dealerships, firing thousands of workers, to save his company.  When Chrysler finally hit rock bottom, fingers pointed towards Press. He was viewed as the “bad guy”, because of all the changes he made.

As Fiat takes control of Chrysler, the new owners send Press to Washington to defend the closing of 789 dealerships. He defended himself, saying that the store closings were absolutely necessary to ensure that Chrysler will be successful. Soon after he returned, he was fired and expected to leave the company.

To end it all, Jim Press owes the IRS more than $1.4 Million in delinquent taxes and for defaulting on a loan. It is very rare for a highly paid executive like Press to get into this kind of problem. According to records, Press had a personal line of credit with Toyota, until their credit union combined with another. The new Credit Union asked Press to pay off the loan. Press however, didn’t have the cash however, and failed to pay them off.

Take a few wrong turns, and you end up lost. Imagine what would’ve happened if he would’ve stuck with Toyota all these years. Who knows where he would be? A very successful, rich man. But instead, he had to choose the path that would eventually lead to disaster.