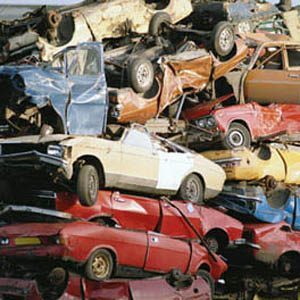 As of Aug. 13, car dealerships had not been paid by the government for any Cash for Clunker sales yet, which many Managers believe is due to a lack of government employees processing reimbursement claims. Many Kansas City Toyota Dealerships, as well as other dealers, are getting tired of waiting for their money. As of Aug. 12, the National Highway Traffic Safety Administration (NHTSA) had 225 employees processing claims. The organization was working to increase its staff, with a goal of eventually having 1,000 people processing claims.

“The early intentions were good. They were trying to help us. This program was used in some other countries and supposedly worked well,” Bryan Sheehy said. Despite the headaches, Sheehy said he believes the program has helped business somewhat.

“Working with this program should get better hopefully before the program is over,” Sheehy said.

“It’s increased business and brought people in that probably wouldn’t have bought a car before, and it’s getting junk off the road,” Imoehl said. With the more outdated vehicles being sold through this program, more and more Toyota Parts are being delivered to consumers.

Imoehl admits that the program does require a lot of paperwork and is time-consuming, with deals taking about 1/2 an hour to process, but he is pleased with the program overall.

The program was set to run through Nov. 1 or until $3 billion in federal money that has been put into the program runs out. As of Aug. 13, Imoehl was down to 22 cars on his lot, significantly lower than the average of 60 new cars usually on the lot.

Imoehl said customers who are interested in taking advantage of the CARS incentive, should act fast.

“If they’re in the market, the sooner the better because dealers are running out of vehicles and manufacturers can’t produce them fast enough,” Imoehl said.