The Toyota Prius C is the smallest and the most economical car in the Prius family. It was well received when it debuted in December 2011, and today it’s one of Toyota’s best selling hybrids. Like any vehicle though, the Prius C has had some problems it's important to be aware of. We’ll list the most common ones here.

Note: The list of problems below is organized by year. Scroll down to find your model year. 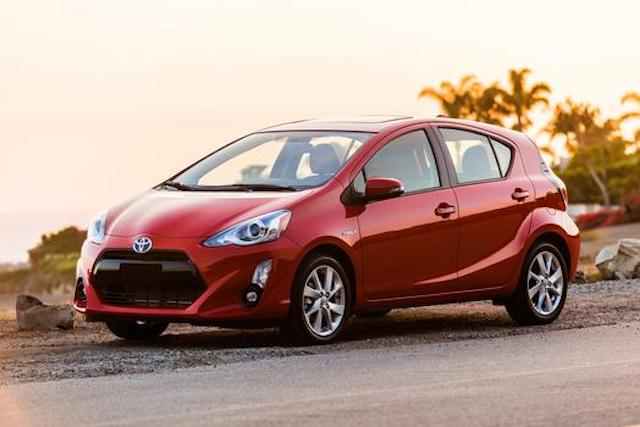 Miscalibrated Tire Pressure Monitoring System: Soon after releasing the updated 2015 Prius C model, Toyota realized that the tire pressure monitoring system was not calibrated properly, meaning the driver was not warned when a tire became dangerously low. Toyota issued a recall and had its dealers re-calibrate the system free of charge. 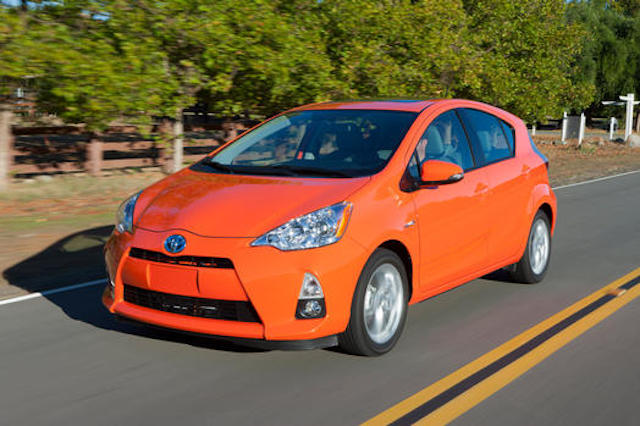 Early Air Conditioner Compressor Failure: It’s common for a Prius C owner to notice a loud noise and hot air coming out of their vents when they turn on the air conditioner. It’s because the compressor, which is responsible for pumping cool air through the system, has prematurely failed. Replacing the compressor (part no. 88370-52012) will put your air conditioner back in working order.

Ineffective Windshield Positioning: Many 2014 Prius C owners reported a “prism” effect in their front windshield at night from external light sources. The light source is replicated two or three times when seen through the windshield. Toyota dealers will try to fix this issue with Rain X, a type of windshield wiper blade designed to leave a water-repelling coat on the windshield while in use. 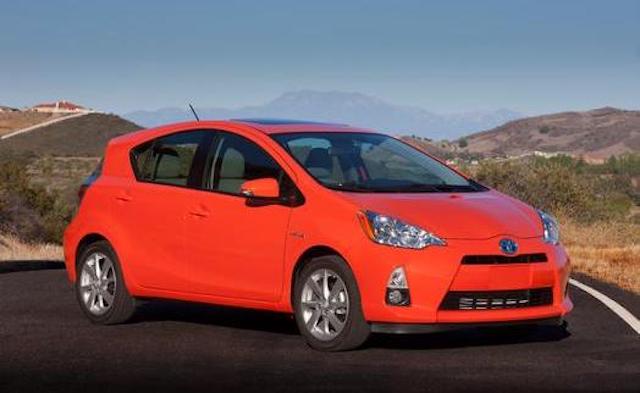 Intelligent Power Module (IPM) Malfunction: When the operating temperature gets high enough, the IPM – a module that manages mileage and power – can fail. That results in the engine stalling without warning or operating at a reduced power level. Toyota dealers are aware of this issue, and they will either update the software or replace the IPM.

Grabby Brakes in Wet Weather: It’s not uncommon for the brakes on a 2012 Prius C to react aggressively during wet weather, which may result in a skid. The brake grabbing happens because the Prius C is equipped with regenerative brakes, which are different from standard mechanical brakes. They don’t dry as quickly, so the brakes become more sensitive. Many Prius C owners find that braking more gently in the rain solves this problem.

Ineffectively Designed Headlamp Housings: Many 2012 Prius C owners have had to replace their headlight bulbs a few times a year because the low-beam headlights keep burning out. Many attribute this issue to the fact that the front light housings are designed in such a way that allow the plastic reflector over the lights to melt. Prius C owners are waiting for Toyota to release redesigned headlamp housings.

To find these TSBs, you can try Googling the TSB ID #, the name of the TSB, or some combination. You can also go to NHTSA.gov and search for the TSB by entering your VIN.