Gone are the days of carrying around a suitcase full of cassette tapes or fumbling through a CD booklet looking for you favorite jams. It's 2016; we stream our tunes now.

If your Toyota/Lexus/Scion from 2005 (or newer) doesn't have the capabilities, it's fairly easy and affordable to set up streaming through your stereo system. Here are a couple options that'll make it happen:

The Blu Logic Hands-Free System is an official accessory that integrates with most Toyota vehicles 2005 and newer. It allows drivers to keep their hands on the wheel and their eyes on the road so streaming and making calls isn't a distraction. In short, it's convenient, safe, and easy to use.

You can find the Blu Logic Hands-Free System under part number PT923-00111-EM on our website. Your order will include everything needed for installation, so don't worry about having to buy any extra cords or accessories. Installation instructions instructions will come with the system, but if you have any questions, don't hesitate to give us a call. Though installation is a little bit different for each model, these are the basic instructions: 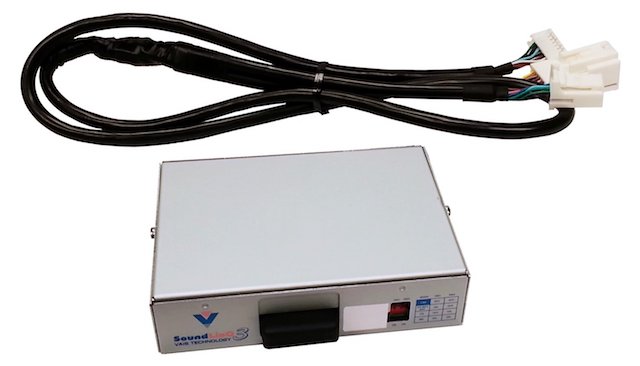 The Vais SL3b-T is the other option available for Toyota drivers looking to stream music. While this option does cater to more Toyota models, it doesn't include the hands-free call option. But if the Amazon reviews are any indication, it's still an excellent piece of hardware. Again, installation is pretty straight-forward according to the instruction manual. Here are the high-level instructions:

Which One is Best for You?

Ultimately, the car you have will depend on whether the Blu Logic Hands-Fee System or the Vais SL3b-T is best.

The Blu Logic Hands-Free System can be used in the 2005 or newer:

The SL3B-T can be used in the following Lexus/Toyota vehicles:

Are you unsure of which one to buy? Having trouble with installation? Give us a call!