The Rise and Fall of Scion

On February 3rd, 2016, Scion USA sent out a press release announcing the brand would be discontinued a mere 12 years after it first launched.

“This isn’t a step backward for Scion; it’s a leap forward for Toyota,” said Jim Lentz, CEO of Toyota Motor North America. “Scion has allowed us to fast track ideas that would have been challenging to test through the Toyota network."

“I was there when we established Scion and our goal was to make Toyota and our dealers stronger by learning how to better attract and engage young customers. I’m very proud because that’s exactly what we have accomplished," said Lentz.

It's fair to say that Scion had a good run - the xB is a cult classic, the tC was a nice little coupe for a great price, and the FR-S...what's not to love. It's also fair to say that Toyota learned a lot from Scion (the pure pricing strategy, the emphasis on accessories, etc.). But automakers don't typically shutter successful brands, which begs the question: What exactly caused Scion to end?

Before we can get into the fall of Scion, let’s touch on the beginnings of the brand:

When Scion was founded in 2003, Gen X-ers were rocking aviators, wearing GAP clothes, and still reeling over Ross and Rachel’s relationship twists and turns on Friends every Thursday night (spoiler alert: they get together in the end). They also wanted affordable, fuel efficient cars that were different from what their parents drove. That meant that the traditional Toyota mainstays such as the Camry and Corolla weren't going to cut it.

Enter Scion, Toyota’s attempt at connecting with the younger crowd. 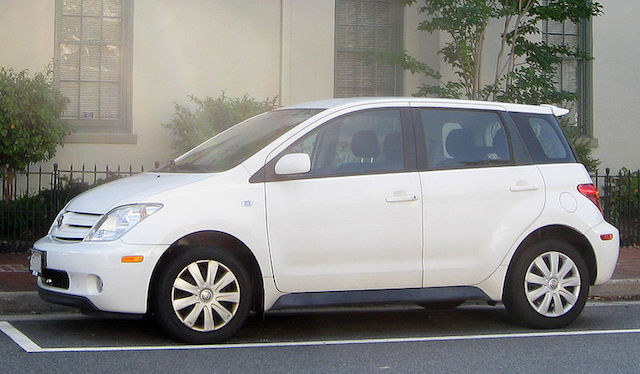 Simply put, Toyota branched out. Armed with the well-reviewed xB and the more compact xA, clever marketing campaigns, and affordable prices, initial demand for Scions were through the roof. Through the years they’d release 6 more vehicles, including the FR-S, a sports car built in collaboration with Subaru.

Sales started off strong in 2005, and eventually peaked in 2006 with 173,034 units sold. Though Scion would sell more than 100,000 units the next two years, a combination of a global recession and an aging product lineup led to a steady sales decline. By the end of 2015, Scion's 56k sales across 7 models were a sign of a struggling brand. While nearly every automaker had a 2015 that was 5-10% better than the year before, Scion sales were down. When it was announced in 2016 that Scion would be discontinued, it was hardly a surprise.

History in the Making

Toyota wasn’t the first automaker to fall victim to the brand-within-a-band concept. In 1989, GM introduced the Geo brand and a handful of affordable, compact vehicles. Though initial demand was high for Geos, the brand was shut down by 1997.

With Scion, Toyota made many of the same mistakes that GM did with Geo .

Scions were supposed to be replaced by newer models and not be anything like you’d see in a Toyota showrooms. But after the success of the xB, Scion developed a second generation when it probably should have been dropped off.

“It failed because it wasn’t supported the way it should have been,” said analyst Stephanie Brinley to NBC News. “It needed constant product and attention to keep moving.”

Scion’s marketing didn’t do much to establish its own identity either. Aside from the vague and extremely creepy “want2Bsquare” campaigns, Scion's place in the market was always in a state of limbo.

Also, the timing for Toyota couldn’t have been worse. Scion’s sales peaked right when the recession that caused GM and Chrysler to go bankrupt hit. While Scion survived initially, other side brands like Pontiac, Saab, Hummer, and Saturn were killed off.

Scion’s boxy stylings and guerrilla marketing campaigns struck a chord with Gen-Xers but failed to connect with Millennials, who weren’t buying cars at first. Ironically, when those buyers matured, they started going for Toyotas.

“For those buyers, frankly speaking, Toyota as a brand is more aspirational than Scion was,” said Bob Carter, Toyota Motor Corp’s Senior VP of US Operations. In 2015, Millennials made up 1/3 of the Toyota brand’s sales.

Today, Millenials are in debt, underemployed, and stressed out—and unreliable cars aren’t something they want to deal with. That’s why, ironically, they’re drawn to the cars their parents drove—that means lots of Toyotas.

Finally, to top off a long list of issues, Scion didn’t have any SUVs or crossovers in the lineup, which are currently the most popular vehicle type on the market.

What will Happen to Scion’s Lineup? 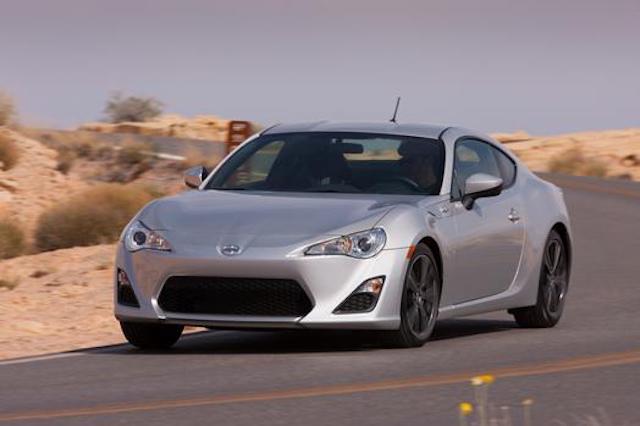 In all, Toyota says they achieved what they wanted to with the Scion brand, which was connecting with a younger audience. Half of the 1 million Scions sold throughout the brand’s history were to drivers younger than 35 and 70% of them were new Toyota customers.

Some of the Scion’s experiments were stretched across other brands, too. The current no-haggle pricing pilot Lexus is testing was brought over from Scion, and the Toyota Care maintenance program was also from Scion. But in the end, Toyota learned that today’s young buyers simply want Toyotas.

What do you think about Scion’s demise? Will you miss the brand? Let us know on Facebook!