The New Prius Prime, And The Problem With Electric Cars

Later this fall, Toyota will release their much anticipated plug-in hybrid, the Prius Prime. Just like the original Prius changed the market for gas powered cars, Toyota’s newest Prius is aiming to change the marketplace for battery electric cars.

Call us biased, but we think the new Prius Prime is the electric car the general public has been waiting for...and we think it's head and shoulders above anything from Tesla, Nissan, etc. We'll explain why below. 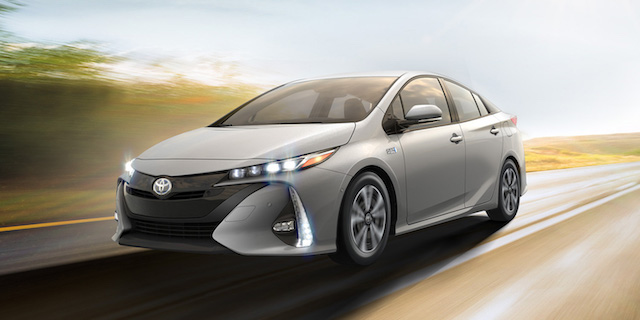 At first glance, one thing is clear—the Prius Prime looks ready for 2017. Sleek and contemporary, the Prime is built with high strength steel, an aluminum hood, and a carbon fiber lift gate. This keeps weight down and efficiency up. The front has been redesigned and looks more like Toyota’s Mirai fuel cell vehicle than a traditional Prius.

The front grill is centered and jet black, and the LED fog light strips are much longer than before. Longer and wider than its Prius Plugin predecessor, the Prius Prime moved its battery pack from the trunk to beneath the rear seats. This gives it a lower center of gravity, and, as a result, it handles much better than the normal Prius. Overall, it’s a more aggressive look for a new vehicle that’s packed with upgrades. 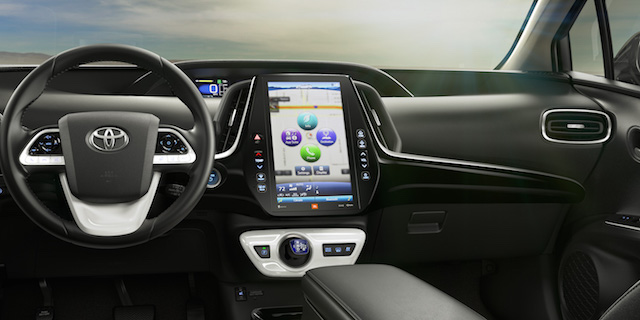 But the heart of the new Prius Prime is the combination battery electric and gasoline powertrain. On the gasoline side of things, there's an 11.3 gallon fuel tank to go along with the uber efficient Prius Atkinson cycle 4-cylinder, which gets about 60mpg (give or take).

On the electric side of things, we have an 8.8kWh lithium ion battery pack and a full EV powertrain. Toyota estimates about 22 miles of driving range with this system, which should be sufficient for most commuters in the United States. According to a recent report from the Brookings Institute, most Americans commute 5-12 miles to work each day (see Appendix B). 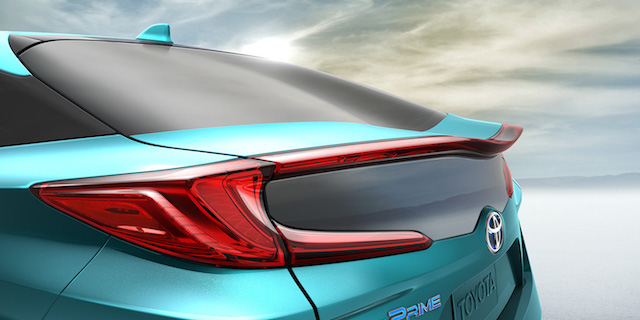 The Prime is literally dripping with style, something that can't be said of many contemporary EVs.

The Problem(s) with Electric Cars

With introductions out of the way, let's get to the heart of the matter. Most battery electric cars have at least one critical flaw. While the flaws are different for each car, the net limitations of all existing electric cars are significant. 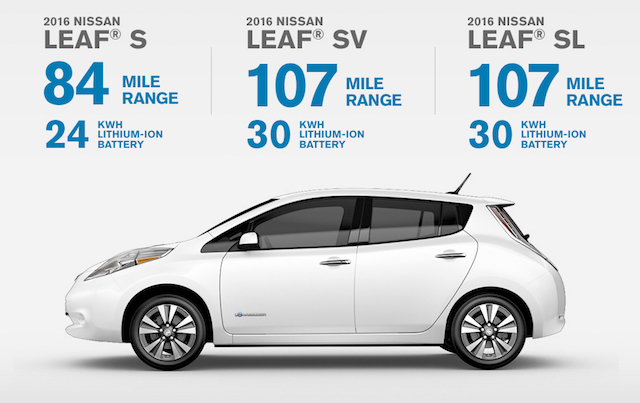 Nissan Leaf - The Leaf's main critical flaw is insufficient range. While Nissan has made noise about increasing the Leaf's range in a future update, the car's peak driving range in the here and now is 84 - 107 miles. While this is sufficient range for most people most of the time, research shows that most consumers want more than 150 miles of range (see data from the California Center for Sustainable Energy, which shows that ~60% of consumers want over 150 miles of driving range). 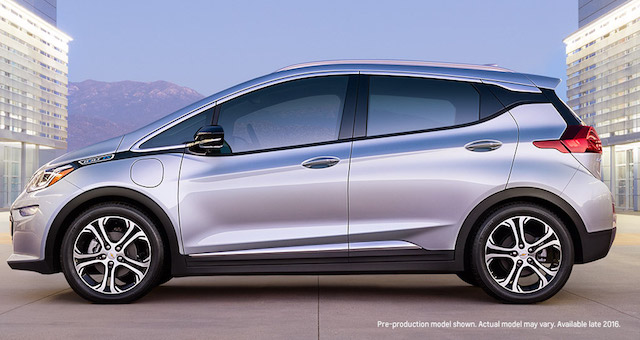 Chevrolet has set the asking price as low as $37,500, with a federal tax credit taking the "net" price down to $30,000. However, most commentary about the car suggests that options will take the car up over this price point. Even at the low price with the federal tax credit, the cost of a new Bolt is nearly 50% higher than the average compact car (as of July 2016).

The charging requirement - a 240V unit - is a problem in that it's not exactly easy to find a 240V charging station in most places (including most homes). That means Bolt owners have to spend hundreds or thousands of dollars installing a home charger (sometimes, electrical wiring upgrades are required).

Tesla Model S - The Model S's most critical flaw is cost., but charging requirements are an issue, too. While the car is almost universally praised by critics, the asking price of $66,000 places this car out of the price range of all but the wealthiest Americans. 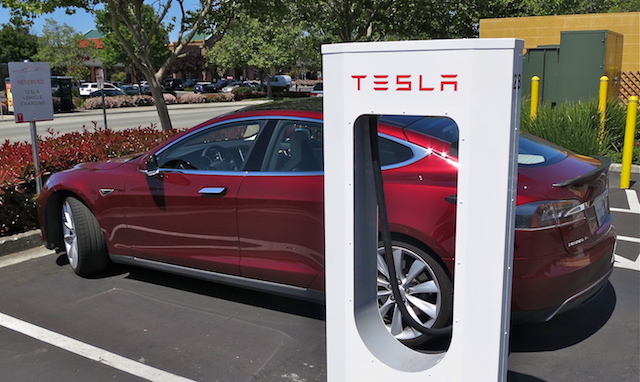 As for charging, fast charging requires visiting a Tesla supercharger. Regular home charging requires a specialized unit and sometimes an electrical system upgrade for your home. These systems can cost anywhere from a few hundred dollars to a few thousand.

Tesla Model 3 - The Model 3's most critical flaws are cost and the fact that the car might be vaporware. 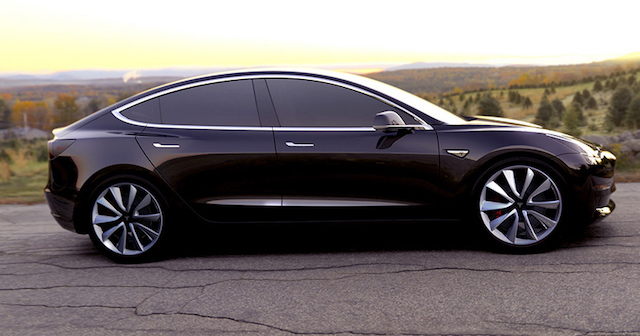 The Model 3 promises to be a great electric car, but...

Additionally, it must be noted that Tesla promised the world a $50,000 Model S with 300 miles of driving range back in 2009. They never made good on those promises, instead offering a $57k vehicle with 160 miles of range.

Which bring us to our point that the Model 3 might be vaporware. Tesla fans undoubtedly object to this characterization, but consider:

The term "vaporware" suggests that the Model 3 might never exist. While this is probably too negative on our part, it must be pointed out that Tesla's bonds are rated as "junk" by Standard & Poor's bond rating service.

While some people may argue the Chevy Volt fills the same niche that the Prius Prime hopes to fill, the reality is that the Volt probably costs more (the 2016 Volt has a starting price of $33,000, before a ~$4,500 tax credit).

Not to mention, fully charging a Volt from a standard 110VAC outlet can take as much as 12 hours. Volt owners usually invest in a special charger in order to keep their battery "topped off."

The Prius Prime is a game-changer. Unlike electric-only cars - which can be expensive or limited in range and hard to own without a dedicated home charging station - the Prius Prime is the electric car for everyone. It's fully capable of operating as a pure EV in normal day-to-day driving, but unlike other EVs, it doesn't require owners to make compromises. Anyone can own and use a Prius Prime, and that's its greatest strength.

Toyota is often criticized for making basic, reliable cars that do an exceptional job of helping owners get from point A to point B in safety and comfort. We expect the Prius Prime will be ridiculed by "Teslarati" and Leaf-fanatics for using gasoline, and we expect petroleum loving climate change doubters will find the Prime's powertrain lacking in testosterone.

But out in the real world - where people prefer cars that are affordable, safe, comfortable, and reliable - we expect the Prius Prime to be a hot seller. What other car can offer more for less?