As a kid, did you ever fantasize about driving a life-sized Tonka truck? If so, Toyota has brought you one step closer to your childhood dream!

Toyota’s Australian division wanted to celebrate three accomplishments: Toyota’s 80th birthday, Tonka’s 70th birthday, and the HiLux being named the best-selling vehicle in Australia. So they put together every child’s dream truck: the HiLux Tonka concept. 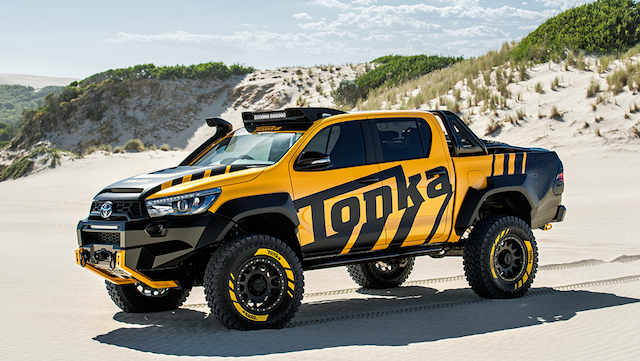 The HiLux spin-off is purely a concept right now. Toyota has no plans to add the Tonka to their HiLux line, but they’ll display it at various Australian shows and expos.

It’s a fun concept worth seeing, though. Just take a look at this awesome photo: 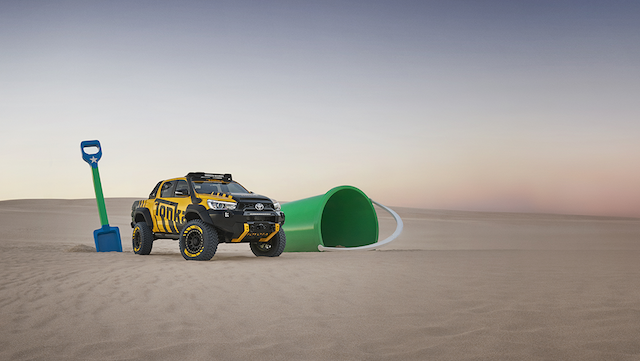 How the HiLux Tonka Concept Differs From the Actual HiLux 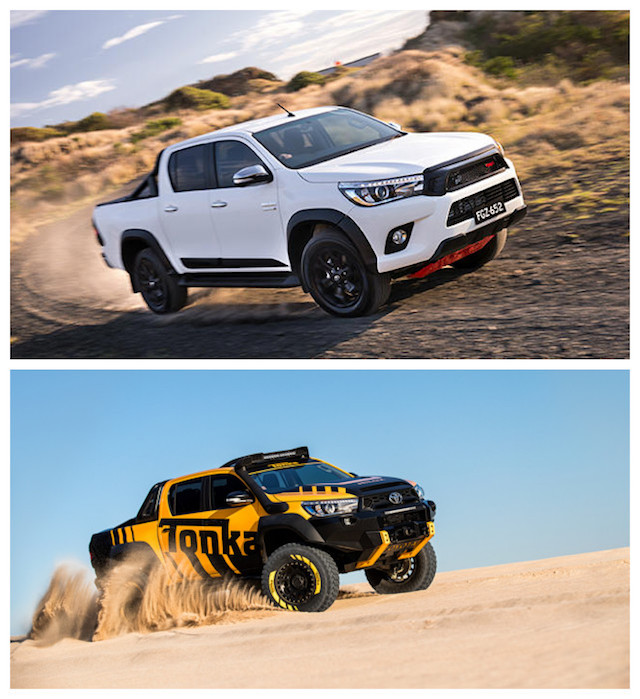 First, let’s take a few seconds to cover the HiLux. It’s a popular Toyota utility pickup in Australia that has been around since 1968. Most HiLuxes run on diesel engines and crank out a lot of horsepower and torque.

Sounds like something a Tonka truck would be if it were real, doesn’t it?

Toyota took one of its SR5 double cab HiLuxes and made it more Tonka-esque with a bunch of modifications and accessories.

The first difference you may notice between the two trucks is the height. With the Tonka’s heavy-duty suspension system and 35” tires, it towers over the HiLux by 6 inches.

You may also spot a few additions to the outside, including a snorkel, hood vents, fender flares, and a heavy-duty front bumper. If you go around to the back, you’ll see a spoiler, tailgate vents, and a tube frame.

The underside of the truck is practically indestructible with its carbon fiber skid plates and tailgate. Last, but not least, there’s the gigantic LED light bar on top of the yellow behemoth.

As an added bonus, Toyota stocked the truck with a spare tire, fuel cans, a fire extinguisher, and other off-road essentials. They went all out on this concept truck, and the end result is glorious. If only we could buy one of our own…

Want to indulge your inner child? Fly over to Australia and see the crazy concept truck in person! You can find the HiLux Tonka’s tour calendar here.