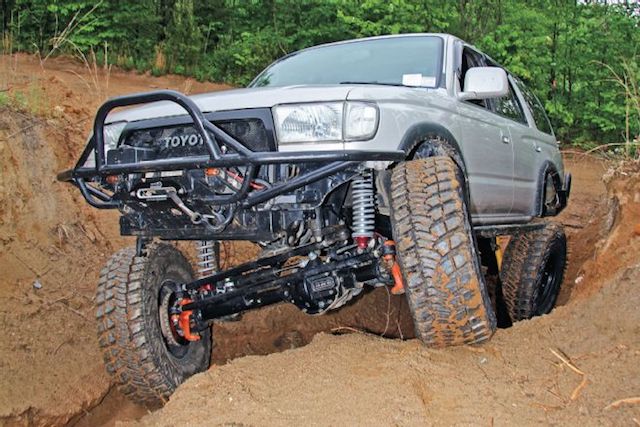 What if Doc Brown built his time machine from a 4Runner instead of a DeLorean? It sounds like heresy, but it could have happened. Toyota unveiled its now iconic SUV in 1984, a full year before the Marty McFly traveled back to the future.

Today, the 4Runner remains a best seller and ranks atop critics lists year after year, while the DeLorean Motor Company filed for bankruptcy in the 80s. Coincidence? Let's just say that maybe Toyota dodged a bullet there.

Along the way, this 1998 4Runner was born and some wonderful soul converted it into a perfectly capable off-road crawler for us to gawk at. That soul is Casey McGoun, a college student who's built up his SUV between classes. However, the end result begs the question: How does a college student transform his daily driver into the rock crawler of his dreams? 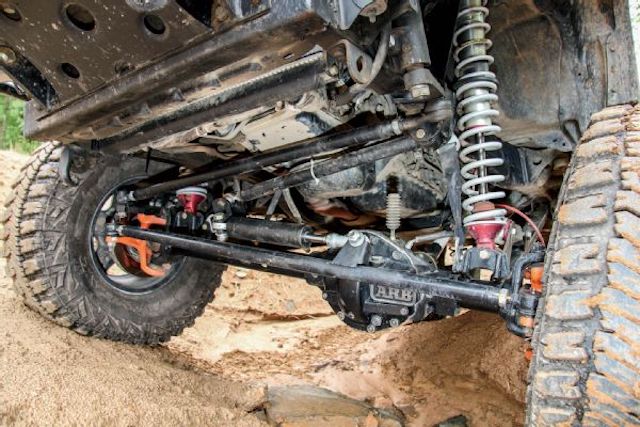 The custom front axle was sourced from a Jeep Wagoneer.

McGoun started with a custom front axle kit. Sourced from a Jeep Wagoneer, the 60" WMS Dana 44 front end is packed with an ARB air locker, a set of chromoly axle shafts, and 4.88 gears. It's lifted on a set of 2.5"x12" travel Sway-A-Way coil over shocks. 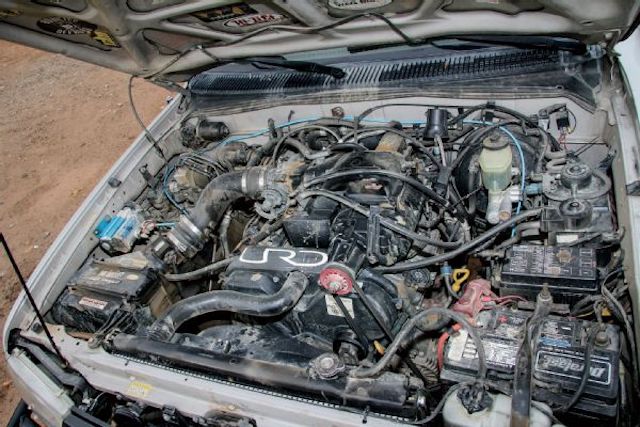 The stock 3.4L V-6 engine packs a punch thanks to the TRD supercharger, and it breathes easy thanks to a URD 7th injector and a set of OBT headers. 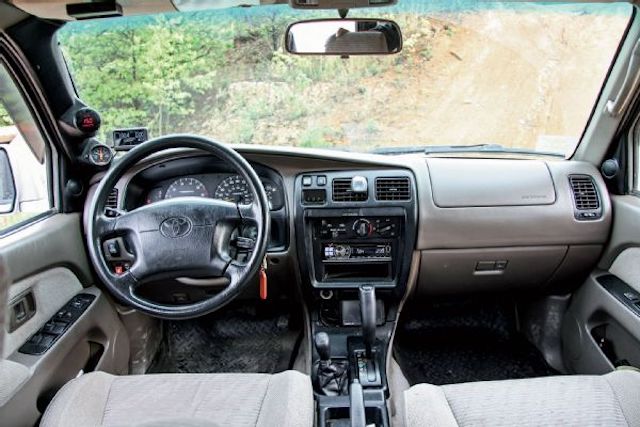 Did you catch the '99 steering wheel swap?

You can keep track of everything that's happening under the hood with a TRD boost gauge, an Innovative Motorsports air/fuel display, and an UltraGauge OBD-II interface. Also, the original '98 steering wheel was switched out for a '99 model. 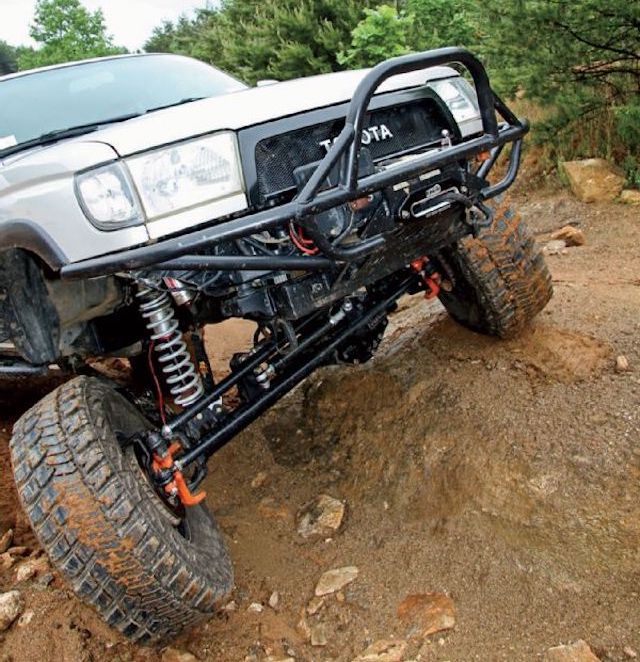 The 35" Goodyear MT/Rs and Addicted Offroad front bumper create quite the combo.

The 4Runner rides on 35" Goodyear MT/Rs with added wheel spacers to increase stability and provide optimal clearance for 6” of overall lift.

While the lift is fantastic, an Addicted Off-road front bumper further improves the approach angle, and the higher clearance allows room for a Smittybilt 8000 pound winch. 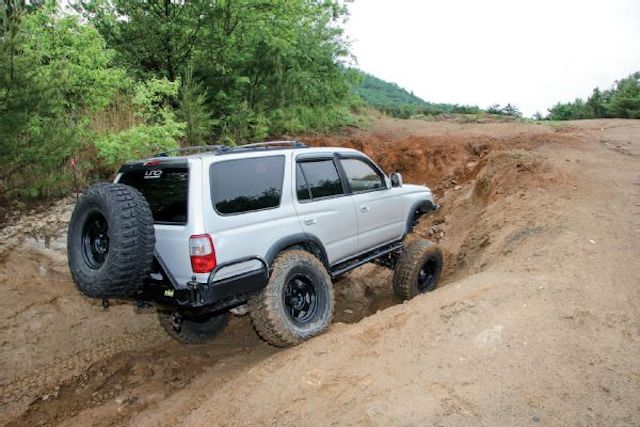 The rear overhang from the 4th generation 4Runner is...well, a little excessive, so McGoun added a CBI Offroad rear bumper with a tire carrier to ensure the back end wouldn't have any trouble coming down on rough terrain.