Curious to see how much Toyota is charging for a Prius Prime battery pack, and how that compares to other battery packs? We were curious about that too, so we did some digging. We zeroed in on two similar vehicles that a) sell their battery packs as an assembly (just like Toyota does with the Prius Prime) and b) pricing is easily found online.

Comparing the Prius Prime complete battery assembly to these other two should give us a decent "apples to apples" comparison...or at least that's what we were thinking. Here's the data: 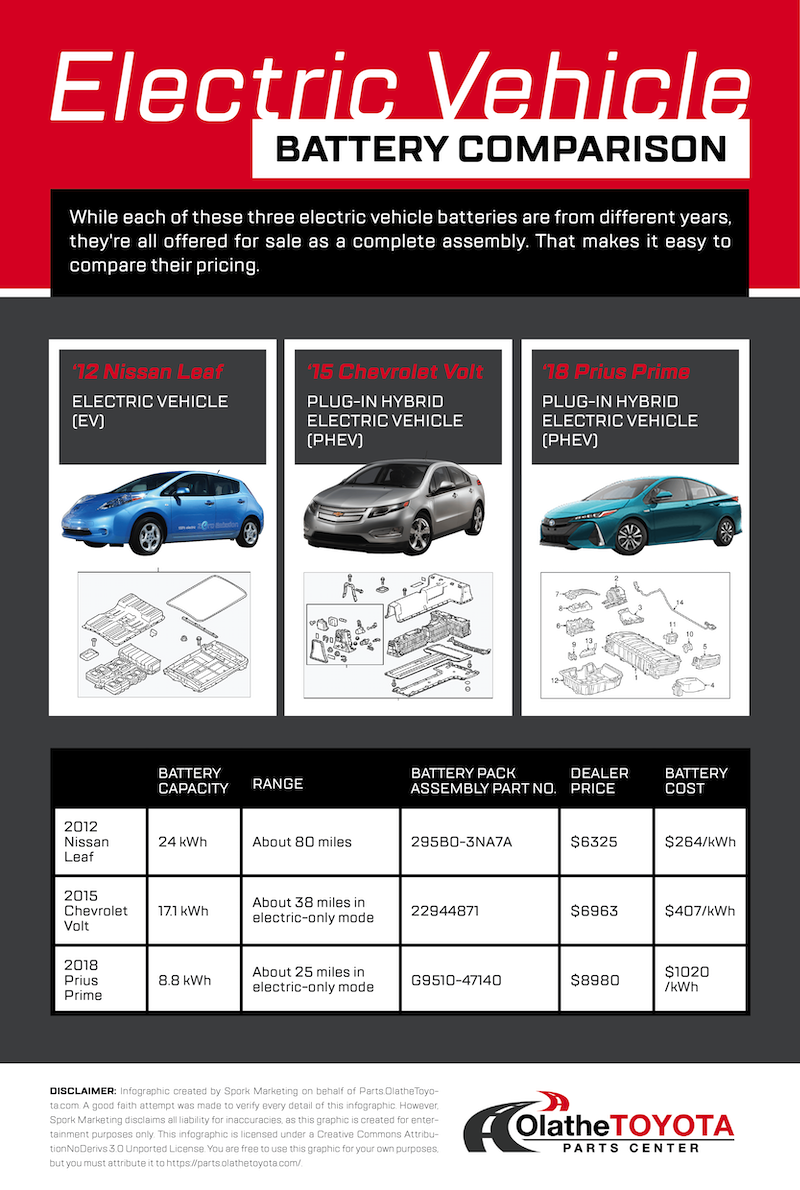 As you can see, Toyota's battery pack costs far, far more than either the Chevy or Nissan battery pack. While this is discouraging for red-blooded Toyota enthusiasts like ourselves, there's some fine print:

Summing up, the Prime battery pack replacement costs are high, but they'll probably come down once consumers actually start needing them. Currently, the only reason for anyone to replace a Prime battery pack is because of a warranty failure. So, the current price probably isn't that useful for comparison's sake.

Additionally, the rest of the parts on the Prime are just as competitive cost-wise as the regular Prius - you can see for yourself on our Prius parts page.

Still, the comparison is interesting. It would be nice if all automakers listed their replacement part costs for their battery packs online so consumers could compare them, wouldn't it?

NOTE: None of the information shared here is officially from Toyota. We're not acting as an official Toyota entity here - we're just a company that sells Toyota parts and accessories commenting on some data we see.