Have You Seen This Crazy Custom 1987 Pickup?

It’s rare for a 1980s-era pickup truck to turn heads on the street. This custom 1987 Toyota pickup truck, however, has probably given quite a few people a mild case of whiplash. 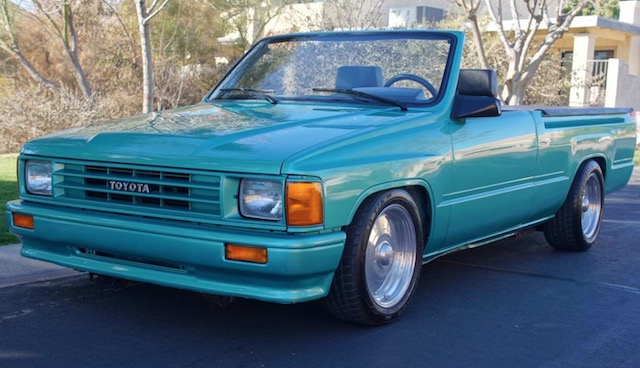 It could be the eye-catching teal coat. Maybe it’s the lack of a roof. Maybe it's the fact that it's hard to tell if this was meant to be a car or a truck.

This wacky truck/car/convertible was featured at a Barrett-Jackson auction in 2014, and a lucky buyer scored it for only $2,750. This truck is powered by the original 22R Toyota engine and 4-speed manual transmission and had only 82,500 original miles when it was sold. The price was certainly a steal, considering this truck is loaded with aftermarket parts and custom upgrades. 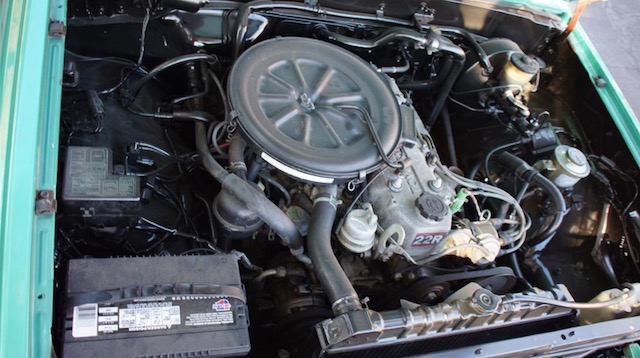 The Barrett-Jackson listing didn’t specify who did this build, but we’re guessing it’s someone who specialized in auto body work because everything under the hood is untouched. It’s quite cool seeing what’s under the hood. It’s like a time warp back to 1987. 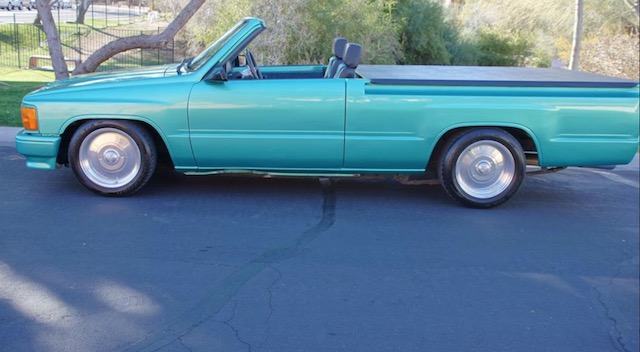 The body, however, is decked out in custom modifications. Aside from the obvious mods like the chopped top and shaved door handles, there are some more subtle mods, including:

The Centerline billet wheels and the custom tonneau bed cover are eye-catching as well. 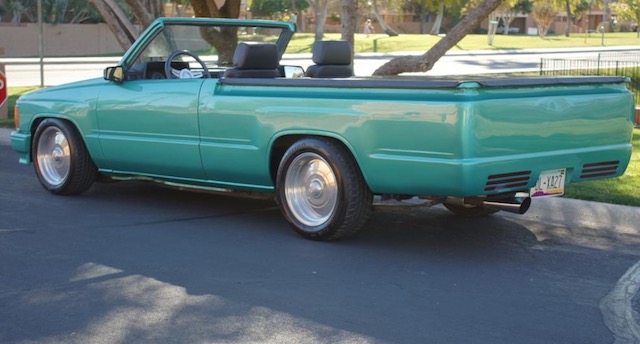 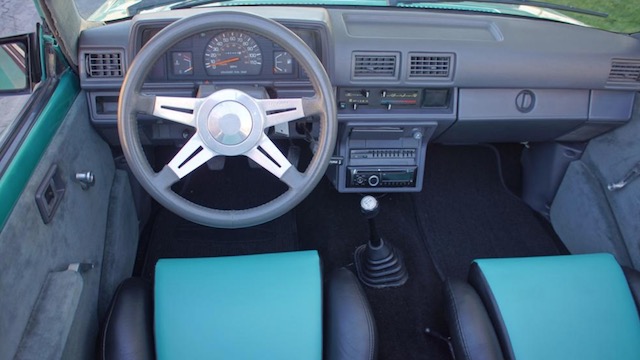 The interior looks just as cool as the exterior. We love the new upholstery, which was obviously a conscious decision to match the body. We spy new carpeting and a new Lecarra billet steering wheel, as well as billet window handles and door pulls.

Last, but not least, there’s the custom stereo system. This custom truck owner gets to enjoy music through three amplifiers, two 12” Fosgate Series 1 subwoofers in the passenger compartment, and an iPod connector and equalizer.

Can you see yourself cruising down the street in this crazy custom Toyota truck? Tell us on Facebook!